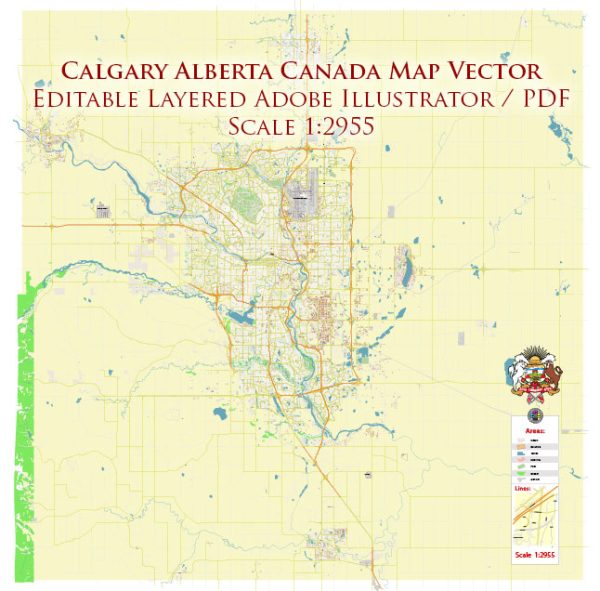 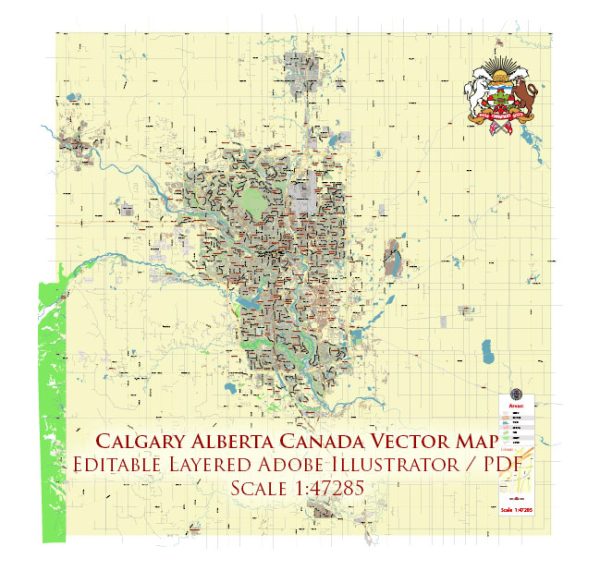 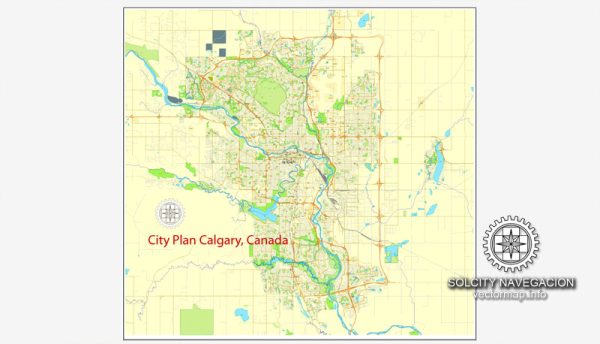 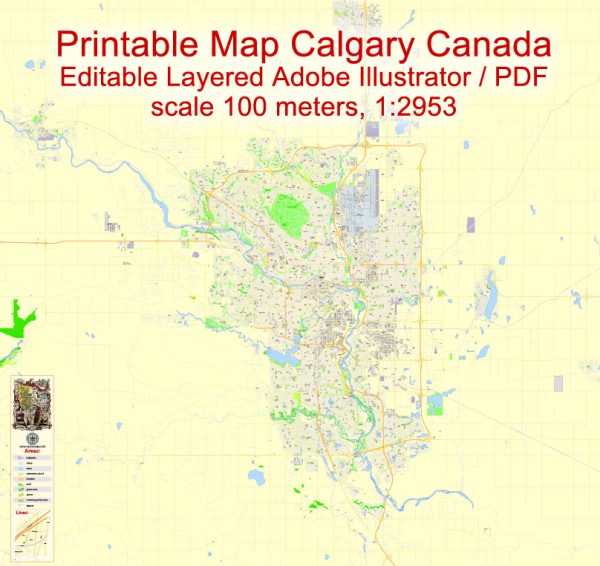 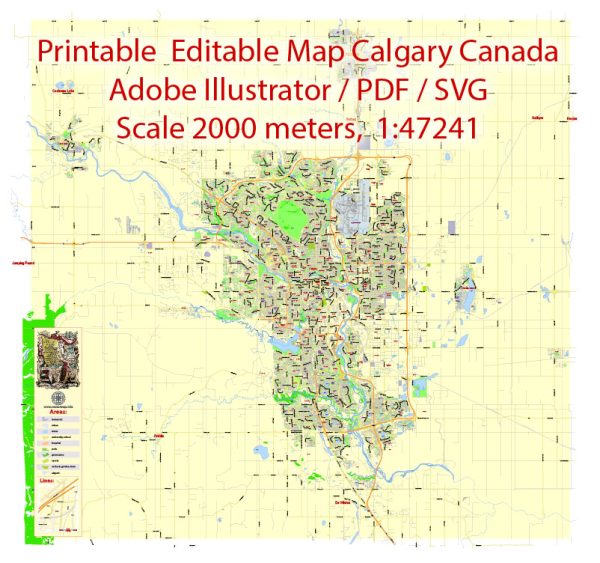 Vector Maps of the Calgary : city, southern Alberta, Canada. The physical setting of Calgary distinguishes it from other cities of the Prairie Provinces. It is situated on the western edge of the Great Plains, in the foothills of the spectacular Canadian Rockies (about 60 miles [100 km] to the west), and the surrounding valleys and uplands are a distinct change from the flat prairie landscapes typical of the region. A relatively young Canadian city, it is the administrative and financial headquarters of the country’s petroleum industry. Calgary also celebrates its history as a cattle-ranching capital, an image enhanced by the city’s hosting of the annual Calgary Stampede, a 10-day rodeo-centered event. In the early 21st century, Calgary was one of the fastest-growing cities in Canada. Area 319 square miles (825 square km); metro. area, 1,972 square miles (5,108 square km).
Area: 944,735 km²
Capital: Victoria

All of our editable Calgary Alberta vector maps are digital files,
which can be instantly downloaded in editable PDF or Adobe Illustrator format.
Objects on maps are usually divided into layers according to their types – lines, polygons, street names, object names (see map description!!!!)
Each of our Calgary Alberta digital maps is available in Adobe Illustrator or editable PDF format, (or on request in any other known format for the same price)
which use a vector approach to display images,
you can easily enlarge any part of our maps without compromising text, line or graphic quality,
with any increase or decrease ratio.
Using a vector graphics editor such as Adobe Illustrator, CorelDraw, Inkscape, or Freehand
you can easily crop parts of the map, add custom characters, and change colors and font attributes as needed.
We have a variety of Calgary Alberta vector maps with different levels of detail, from simple empty paths to highly detailed maps with roads and terrain layers.

Don’t see exactly what you’re looking for? Contact us to receive a special offer for an individual Calgary Alberta map for your project.