Vector Maps of the Croatia, officially the Republic of Croatia : country at the crossroads of Central and Southeast Europe. It shares a coastline along the Adriatic Sea, and borders Slovenia to the northwest, Hungary to the northeast, Serbia to the east, Bosnia and Herzegovina and Montenegro to the southeast, and shares a maritime border with Italy to the west and southwest. Croatia’s capital and largest city, Zagreb, forms one of the country’s primary subdivisions, with twenty counties. The country spans an area of 56,594 square kilometers (21,851 square miles).
Capital: Zagreb
Download royalty free, editable vector maps of Croatia in high resolution digital PDF and Adobe Illustrator format. 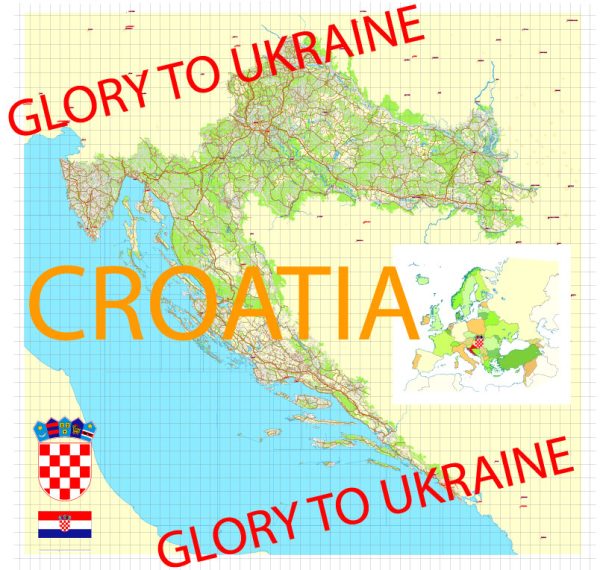 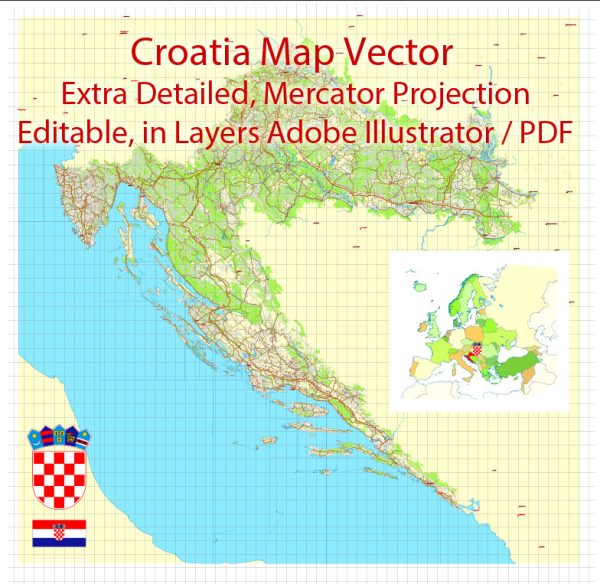 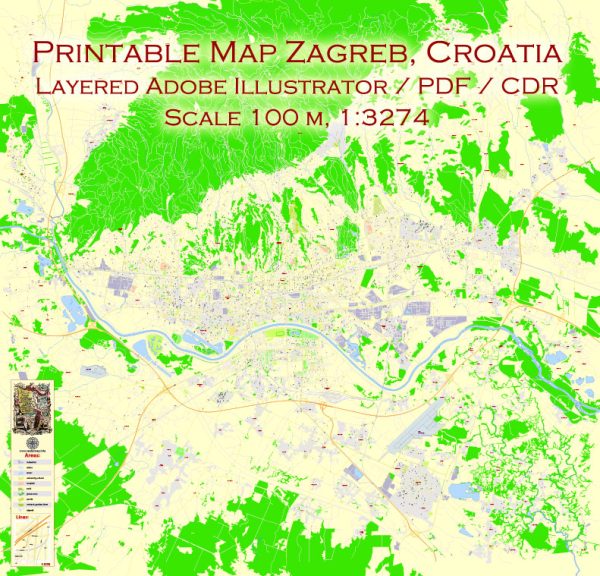