Vector Maps of the Lebanon : officially the Republic of Lebanon or the Lebanese Republic, is a country in Western Asia. It is located between Syria to the north and east and Israel to the south, while Cyprus lies to its west across the Mediterranean Sea; its location at the crossroads of the Mediterranean Basin and the Arabian hinterland has contributed to its rich history and shaped a cultural identity of religious diversity.  Lebanon is home to roughly six million people and covers an area of 10,452 square kilometers (4,036 sq mi), making it one of the smallest countries in the world. The official language of the state is Arabic, while French is also formally recognized; the Lebanese dialect of Arabic is used alongside Modern Standard Arabic throughout the country.
Capital: Beirut
Area:
• Total: 10,452 km2 (4,036 sq mi)
• Water: (%) 1.8
Download royalty free, editable vector maps of Lebanon in high resolution digital PDF and Adobe Illustrator format. 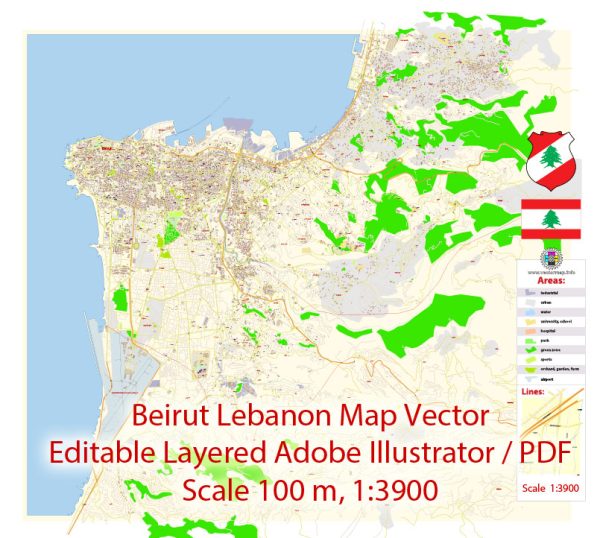