Vector Maps of the Serbia : officially the Republic of Serbia is a landlocked country in Southeast Europe, at the crossroads of the Pannonian Plain and the Balkans, bordering Hungary to the north, Romania to the northeast, Bulgaria to the southeast, North Macedonia to the south, Croatia and Bosnia and Herzegovina to the west, and Montenegro to the southwest, and claiming a border with Albania through the disputed territory of Kosovo. Serbia has a population of almost 7 million, with Belgrade as its capital and largest city.
Area:
• Including Kosovo 88,361 km2 (34,116 sq mi)
• Excluding Kosovo 77,474 km2 (29,913 sq mi
Download royalty free, editable vector maps of Serbia in high resolution digital PDF and Adobe Illustrator format.
Serbia City Maps Vector Urban Plans in the Adobe Illustrator, PDF and other vector formats for publishing, design, printing, publications, media, projects, presentations, for architects, designers and builders, business, logistics. The most exact and detailed maps. 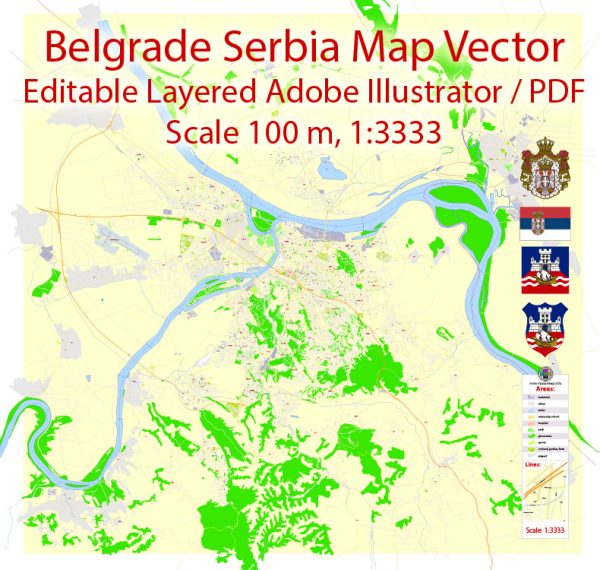