Vector Maps of the Monaco : officially the Principality of Monaco, is a sovereign city-state and microstate on the French Riviera a few kilometers west of the Italian region of Liguria, in Western Europe, on the Mediterranean Sea. It is bordered by France to the north, east and west.
Area: 202 ha
Download royalty free, editable vector maps of Monaco in high resolution digital PDF and Adobe Illustrator format. 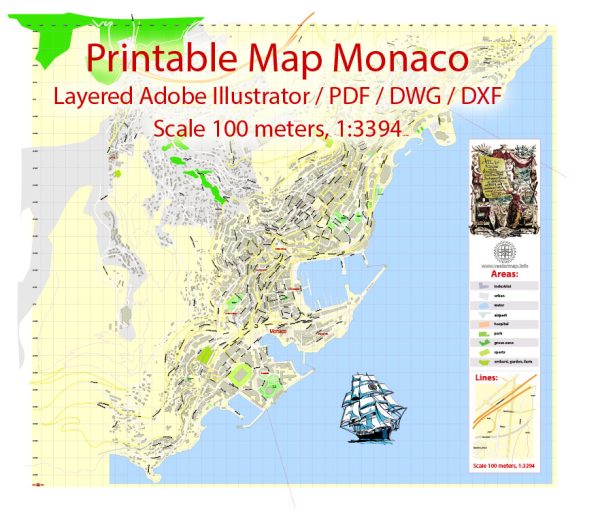 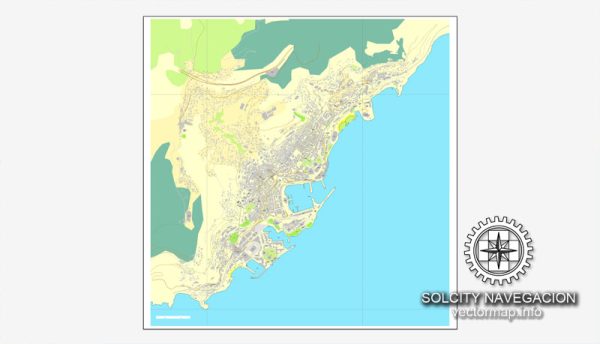