This vector map of Las Vegas city is used as a basis for design, editing, and further printing.

This is the most detailed, exact map of Las Vegas city for high-quality printing and polygraphy. You can always clarify the map development date by contacting us.

For your convenience, all objects on Las Vegas vector city map are divided into layers. And the editing is very easy – colors, lines, etc.

Las Vegas is the 28th-most populated city in the United States, the most populated city in the state of Nevada, and the county seat of Clark County. The city anchors the Las Vegas Valley metropolitan area and is the largest city within the greater Mojave Desert. Las Vegas is an internationally renowned major resort city, known primarily for its gambling, shopping, fine dining, entertainment, and nightlife. The Las Vegas Valley as a whole serves as the leading financial, commercial, and cultural center for Nevada. 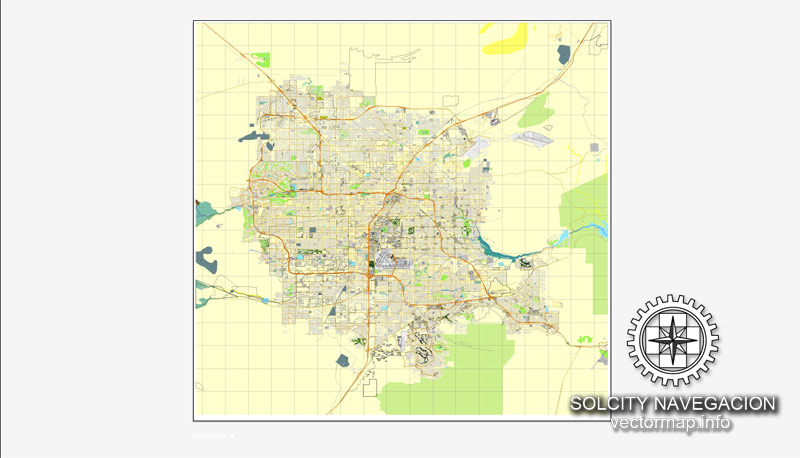 One of the advantages of Las Vegas city vector maps of our production is the relevance of cartographic data, we constantly update all our products.

This vector map of Las Vegas city is used by:
designers, layout designers, printers, advertisers and architects. Our product – vector maps – is designed for further editing and printing in large formats – from @Wall format (a few meters) to A-0 and A-1, A-2, A-3.
The Las Vegas city map in vector format is used for design, urban planning, presentations and media visualizations. 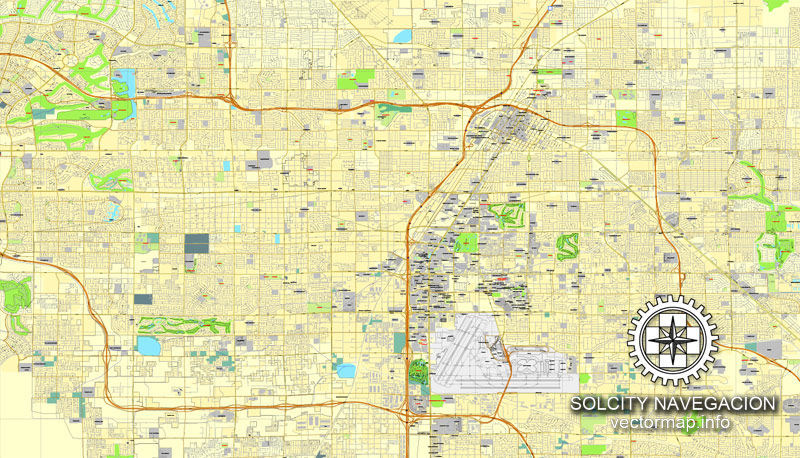 Take a look, who purchases our vector maps of Las Vegas city in “Our Clients and Friends” page – these are large and small companies, from super-brands like Volvo and Starbucks, to small design studios and printing houses.

It’s very easy to work with vector maps of Las Vegas city, even for a not very experienced designer who can turn on and off the map layers, add new objects, change the colors of fill and lines according to customer requirements.

The undoubted advantage of Las Vegas city vector maps in printing is an excellent and detailed visualization, when customer can expand a large paper map and instantly define his location, find a landmark, an object or address on map, unlike using the popular electronic formats of Google and Yandex maps for example.
Printable vector maps of Las Vegas city are much more convenient and efficient than any electronic maps on your smartphone, because ALL DETAILS are displayed in the entire space of Las Vegas city map. 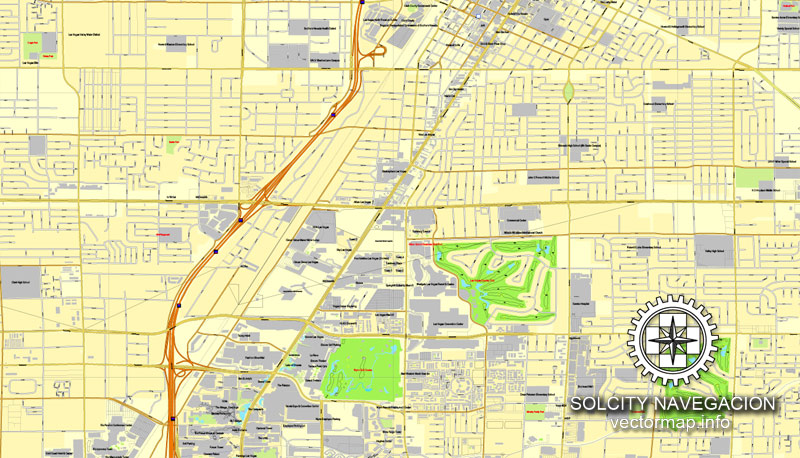 The city bills itself as The Entertainment Capital of the World, and is famous for its mega casino–hotels and associated activities. It is a top three destination in the United States for business conventions and a global leader in the hospitality industry, claiming more AAA Five Diamond hotels than any other city in the world. Today, Las Vegas annually ranks as one of the world’s most visited tourist destinations. 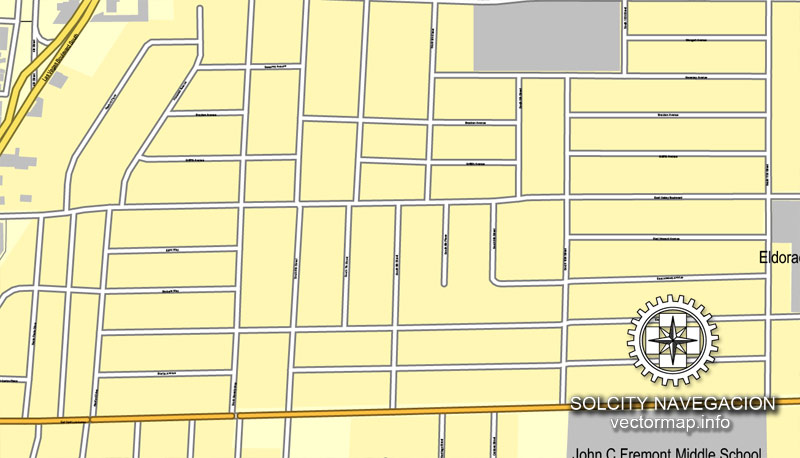 You will probably want to change the color scheme used on our Las Vegas vector city map.

To quickly and effectively play with colors.
Of course, you can do it manually, all objects in our Las Vegas city vector map are divided according to types and layers, and you can easily change the color gamma of vector objects in groups and layers.

But there is more effective way of working with the whole VECTOR MAP of Las Vegas city and all layers:

If you have selected a part or a layer of Las Vegas city vector map and open the dialog box by clicking the icon in the Control panel, on the Samples palette or the Color Catalog, or if you choose Edit > Edit Colors> Repaint Graphic Object, then the «Repaint Graphic Object» dialog box appears, and you get access to «Assign» and «Edit» tabs.

The city’s tolerance for numerous forms of adult entertainment earned it the title of Sin City, and has made Las Vegas a popular setting for literature, films, television programs, and music videos.

Las Vegas was settled in 1905 and officially incorporated in 1911. At the close of the 20th century, it was the most populated American city founded within that century (a similar distinction earned by Chicago in the 1800s). Population growth has accelerated since the 1960s, and between 1990 and 2000 the population nearly doubled, increasing by 85.2%. Rapid growth has continued into the 21st century, and according to a 2018 estimate, the population is 648,224 with a regional population of 2,227,053. 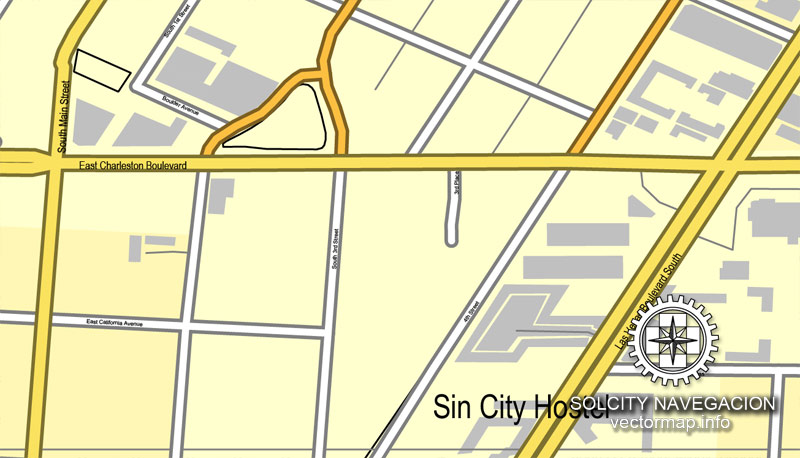 «Edit»
The «Edit» tab is designed to create a new or edit the existing color groups.
The harmony rules Menu and the Color Wheel are used to conduct experiments with color harmonies. The color wheel shows how colors are related in color harmony, and the color bars allow you to view and manipulate an individual color values. In addition, you can adjust the brightness, add and remove colors, save color groups and view colors on the selected Vector Map of Las Vegas city or a separated layers.

«Assign»
The «Assign» tab is used to view and control on how the original colors are replaced with colors from the color group like your corporate colors in the Vector Map of Las Vegas city.

The assign color ability is provided only if the entire map, layer or fragment is selected in the document. You can specify which of new colors replace the current colors, whether the spot colors should be preserved and how colors are replaced (for example, you can replace colors completely or changing the color tone while maintaining the brightness). The «Assign» tab allows you to redefine colors in the Vector Map of Las Vegas city, or in separate layers and fragments using the current color group or reducing the number of colors in the current Vector Map.

“Las Vegas” is often used to describe areas beyond official city limits—especially the areas on and near the Las Vegas Strip, which is actually located within the unincorporated communities of Paradise and Winchester.

Las Vegas is situated within Clark County in a basin on the floor of the Mojave Desert[29] and is surrounded by mountain ranges on all sides. Much of the landscape is rocky and arid with desert vegetation and wildlife. It can be subjected to torrential flash floods, although much has been done to mitigate the effects of flash floods through improved drainage systems.

Nevada is the third most seismically active state in the U.S. (after Alaska and California); it has been estimated by the United States Geological Survey (USGS) that over the next 50 years there is a 10–20% chance of a M6.0 or greater earthquake occurring within 50 km (31 mi) of Las Vegas.

Within the city there are many lawns, trees and other greenery. Due to water resource issues, there has been a movement to encourage xeriscapes. Another part of conservation efforts is scheduled watering days for residential landscaping. A U.S. Environmental Protection Agency grant in 2008 funded a program that analyzed and forecast growth and environmental impacts through the year 2019.