Vector Maps of the Las Vegas : city, seat (1909) of Clark county, southeastern Nevada, U.S. The only major city in the American West to have been founded in the 20th century, Las Vegas grew from a tiny, desert-bound railroad service center at the outset of the 20th century to the country’s fastest-growing metropolis at century’s end. This transformation—made possible by a combination of shrewd entrepreneurship, access to water, an extensive transportation network, and permissive state laws — has created the city now often known simply as “Vegas,” a place of vast casinos, elaborate hotels, and spectacular entertainment venues that attracts masses of visitors from throughout the world.
Area:
• City: 141.84 sq mi (367.36 km2)
• Land: 141.78 sq mi (367.22 km2)
• Water: 0.05 sq mi (0.14 km2)
Download royalty free, editable vector maps of Las Vegas Nevada in high resolution digital PDF and Adobe Illustrator format. 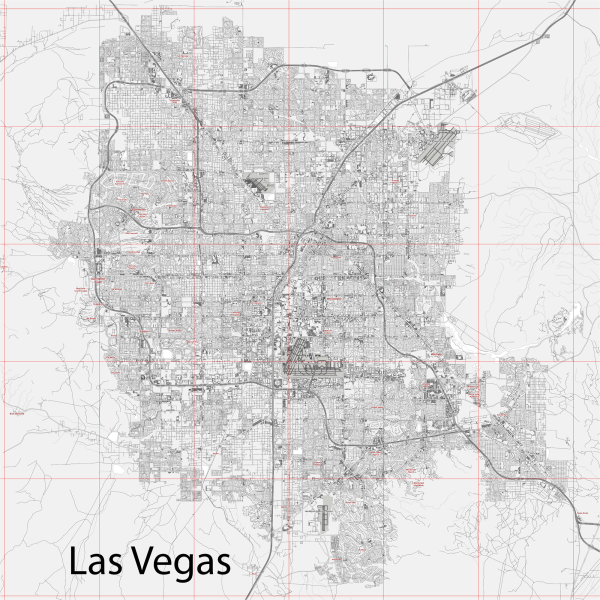 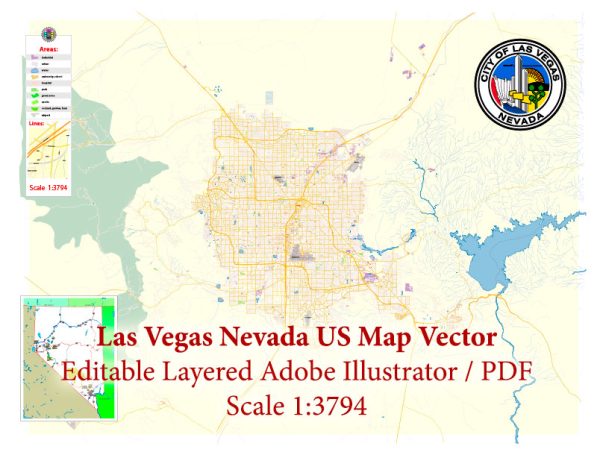 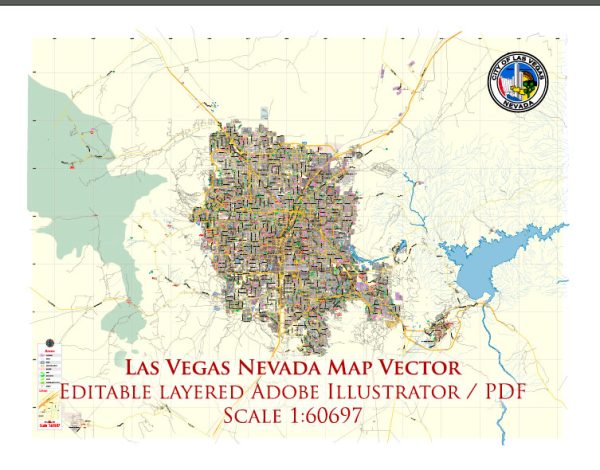 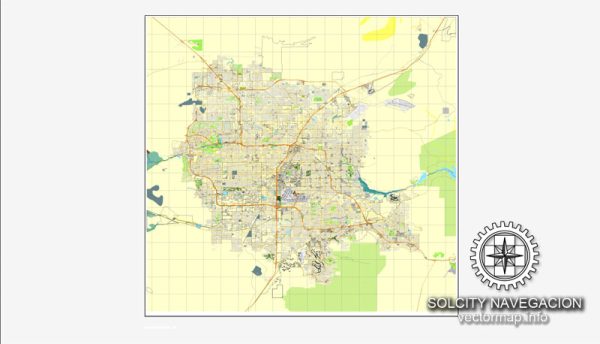 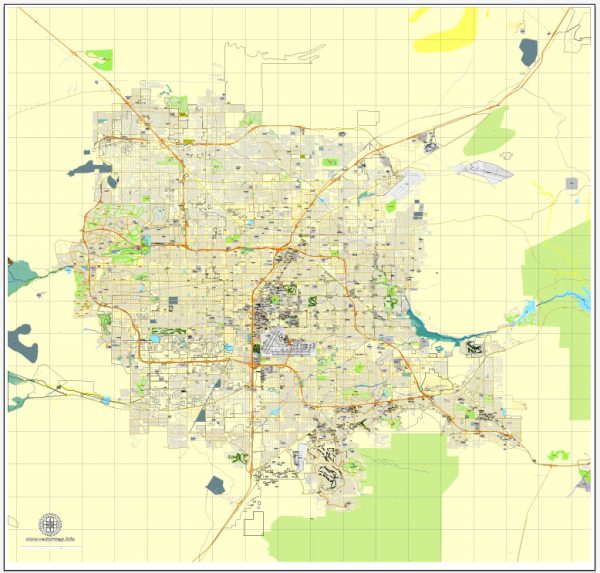 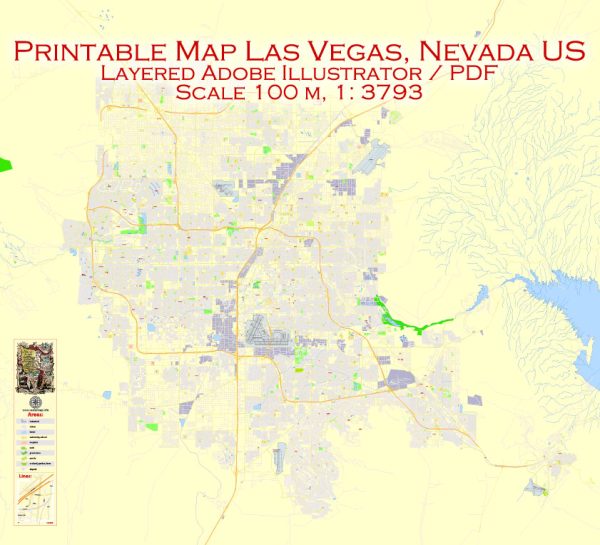