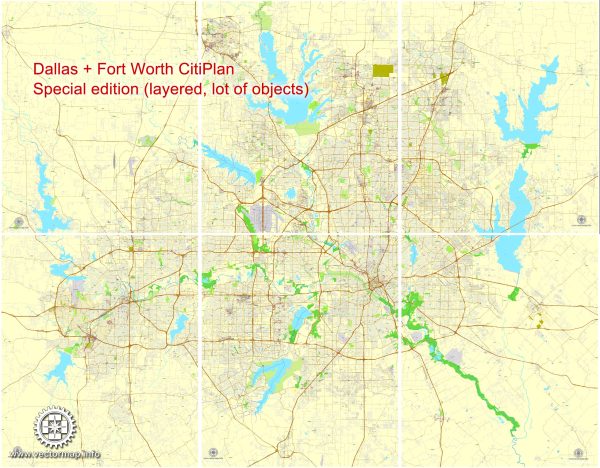 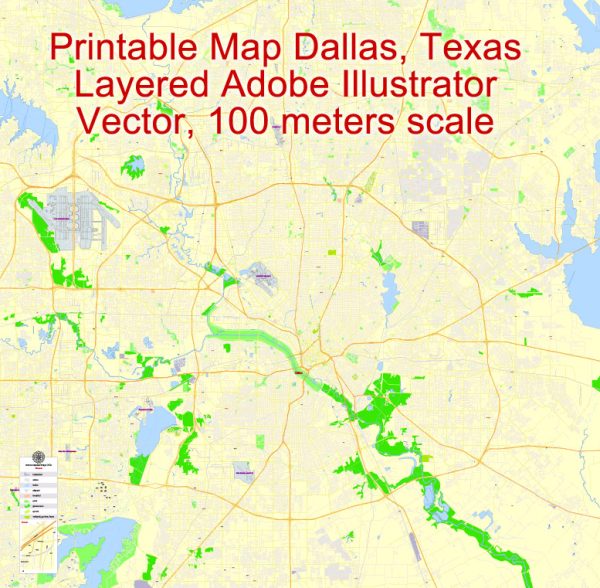 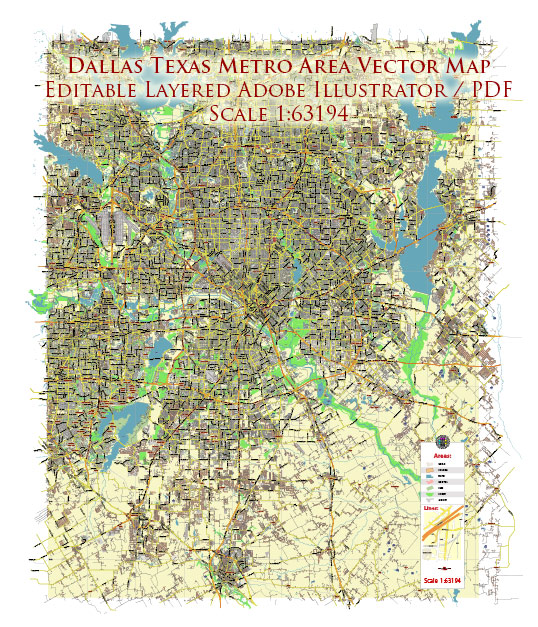 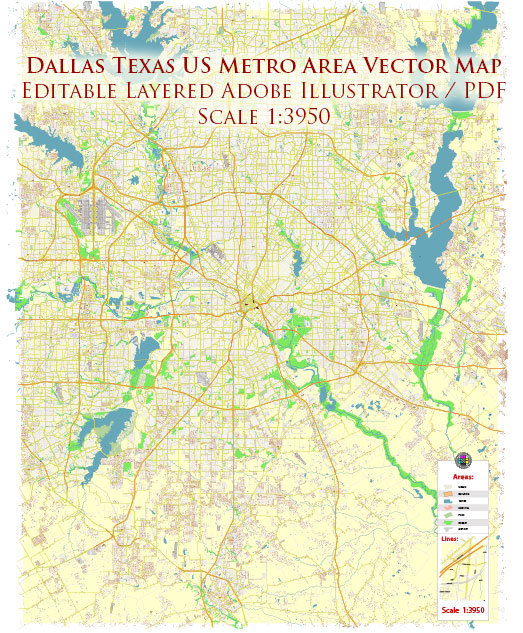 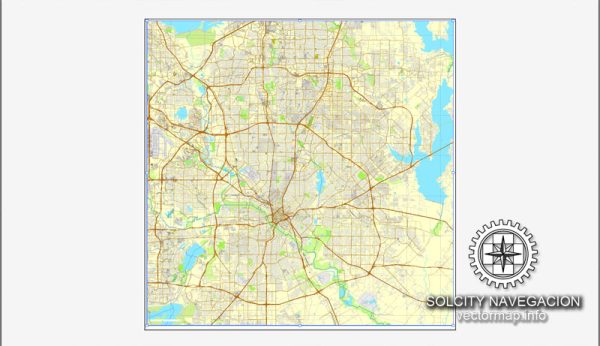 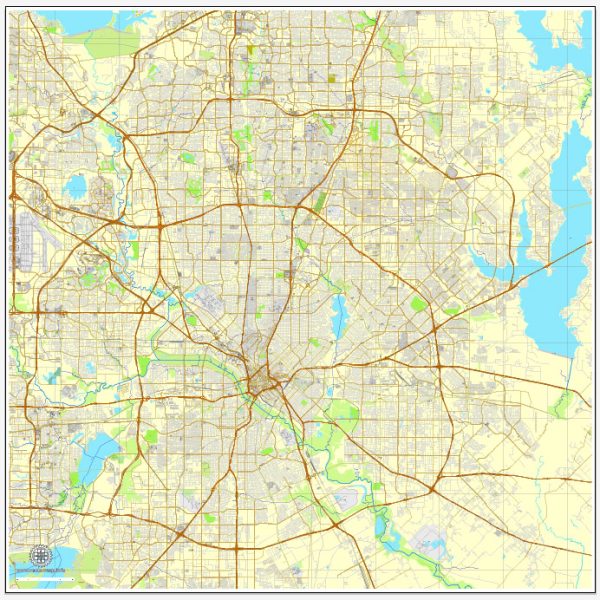 Vector Maps of the Dallas : city, Dallas, Collin, Denton, Rockwell, and Kaufman counties, seat (1846) of Dallas county, north-central Texas, U.S. It lies along the Trinity River near the junction of that river’s three forks, in a region of prairies, tree-lined creeks and rivers, and gentle hills. Its winters are mild with brief cold spells, but summers are hot with moderate to high humidity. Dallas is the state’s third most populous city (after Houston and San Antonio) and the metropolis of the sprawling Dallas–Fort Worth urban area, known locally as the Metroplex. Fort Worth lies 30 miles (48 km) west; other major cities in the metropolitan region include Arlington, Carrollton, Denton, Garland, Grand Prairie, Irving, Lewisville, Mesquite, Plano, Richardson, and University Park. Dallas has a council-manager form of government that was established there in 1931. Inc. town, 1856; city, 1871. Area city, 385 square miles (997 square km).
Download royalty free, editable vector maps of Dallas Texas in high resolution digital PDF and Adobe Illustrator format.