Vector Maps of the Houston : inland port city, in Harris, Fort Bend, and Montgomery counties, that is the seat (1836) of Harris county, southeastern Texas, U.S. It is linked by the Houston Ship Channel to the Gulf of Mexico and the Intracoastal Waterway at Galveston, 50 miles (80 km) southeast. Houston is the state’s most populous city and the fourth largest city in the United States. Its skyscrapers rise from the unrelievedly flat Gulf Coastal Plain, which at Houston lies at an elevation of about 55 feet (17 meters) above sea level and is dissected by a series of bayous. The region’s climate is warm and humid, and the city is noted for its hot, sticky summers. In addition to Galveston, other major cities in the Houston metropolitan area include Baytown, League City, Missouri City, Pasadena, Sugar Land, and Texas City. Inc. 1837.
Area 601 square miles (1,559 square km).
Download royalty free, editable vector maps of Houston Texas in high resolution digital PDF and Adobe Illustrator format. 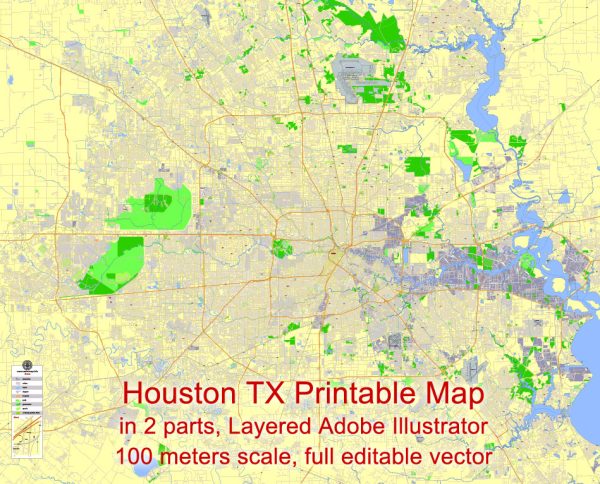 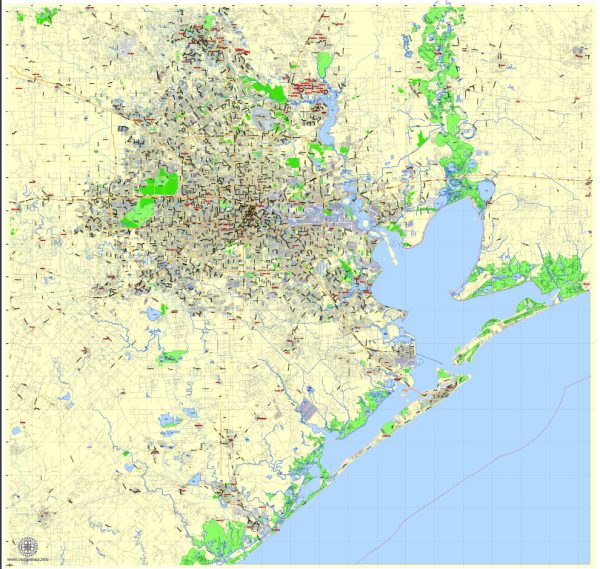 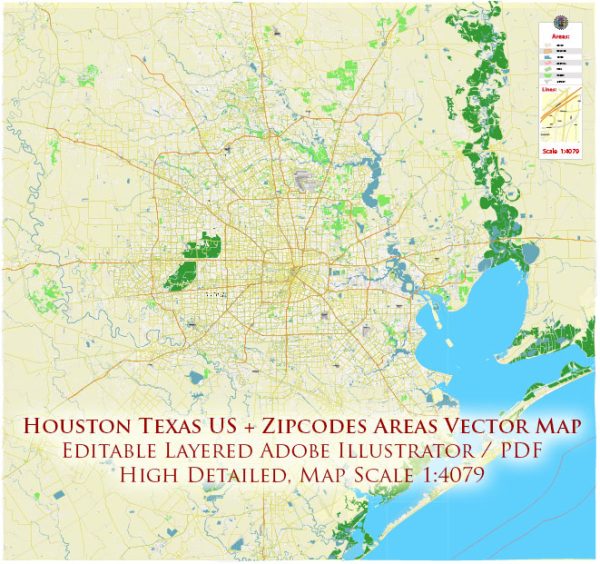 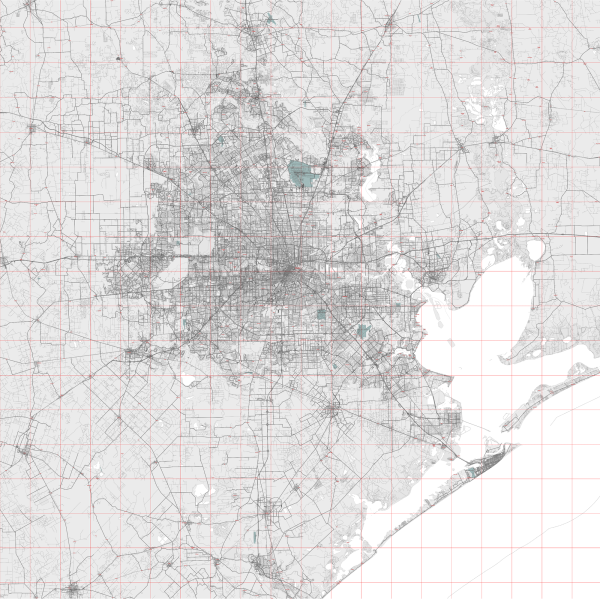 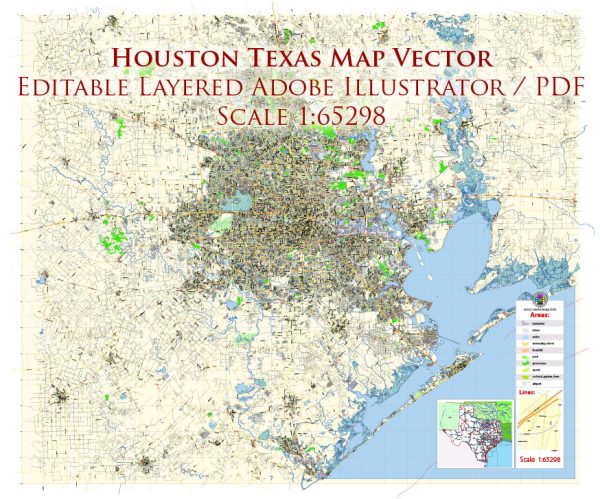 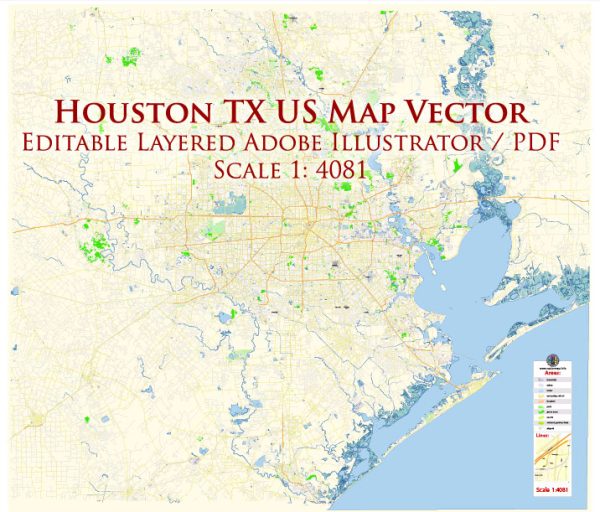