Vector Maps of the United Kingdom : made up of England, Scotland, Wales and Northern Ireland, is an island nation in northwestern Europe. England – birthplace of Shakespeare and The Beatles – is home to the capital, London, a globally influential center of finance and culture. England is also site of Neolithic Stonehenge, Bath’s Roman spa and centuries-old universities at Oxford and Cambridge.
The United Kingdom of Great Britain and Northern Ireland, commonly known as the United Kingdom (UK) or Britain, is a sovereign country in north-western Europe, off the north­western coast of the European mainland. The United Kingdom includes the island of Great Britain, the north-eastern part of the island of Ireland, and many smaller islands within the British Isles.
Area:
• Total: 242,495 km2 (93,628 sq mi)
• Water: (%) 1.51
Population:
• Neutral increase 67,081,000
• Density 270.7/km2 (701.1/sq mi)
Download royalty free, editable vector maps of United Kingdom in high resolution digital PDF and Adobe Illustrator format. 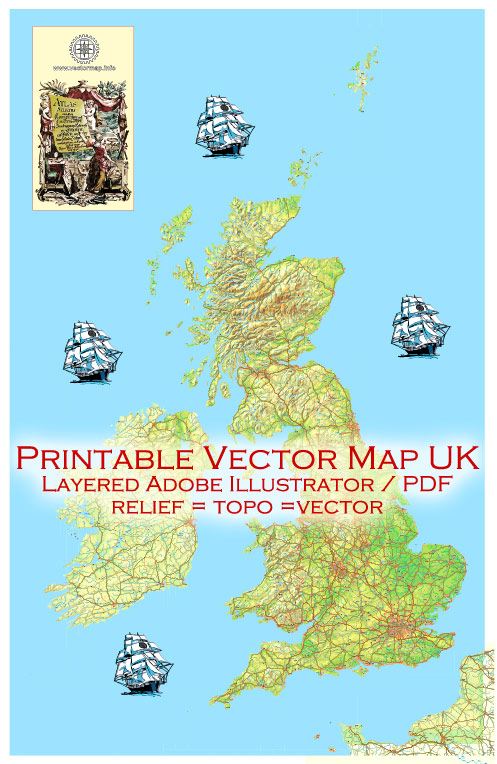 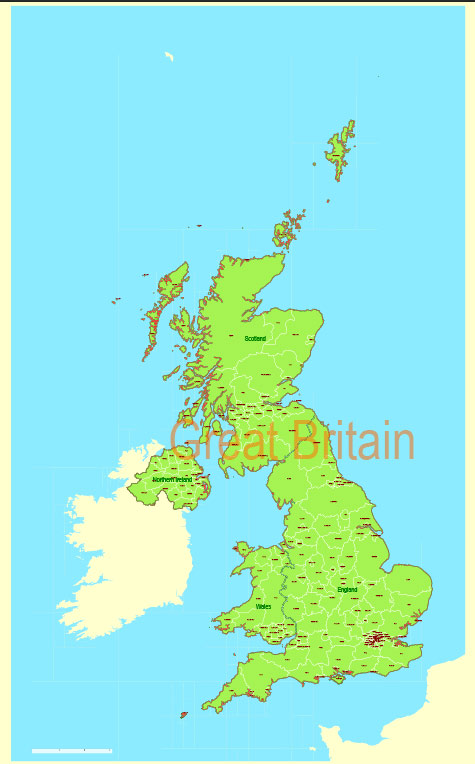 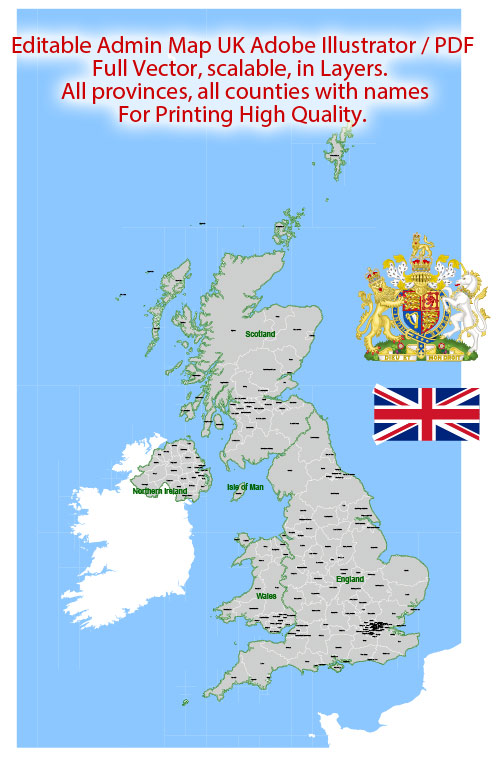 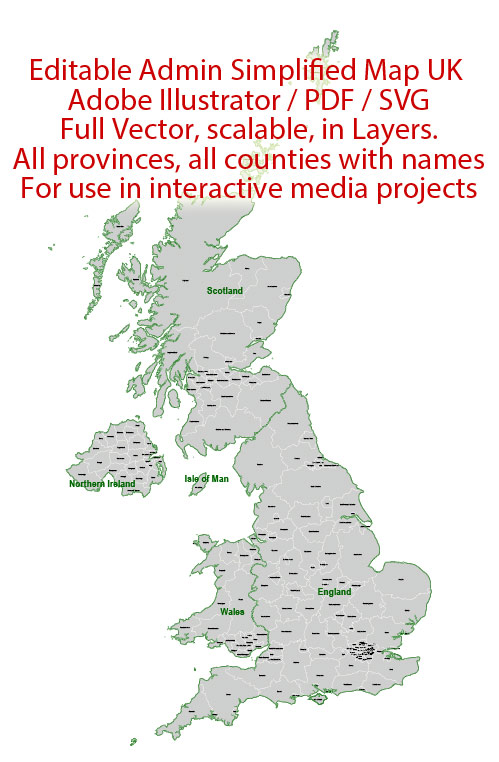