This vector map of La Plata city is used as a basis for design, editing, and further printing.

This is the most detailed, exact map of La Plata city for high-quality printing and polygraphy. You can always clarify the map development date by contacting us.

For your convenience, all objects on La Plata vector city map are divided into layers. And the editing is very easy – colors, lines, etc.

La Plata is the capital city of Buenos Aires Province, Argentina. According to the 2001 census, it has a population of 765,378 and its metropolitan area has 899,523 inhabitants. 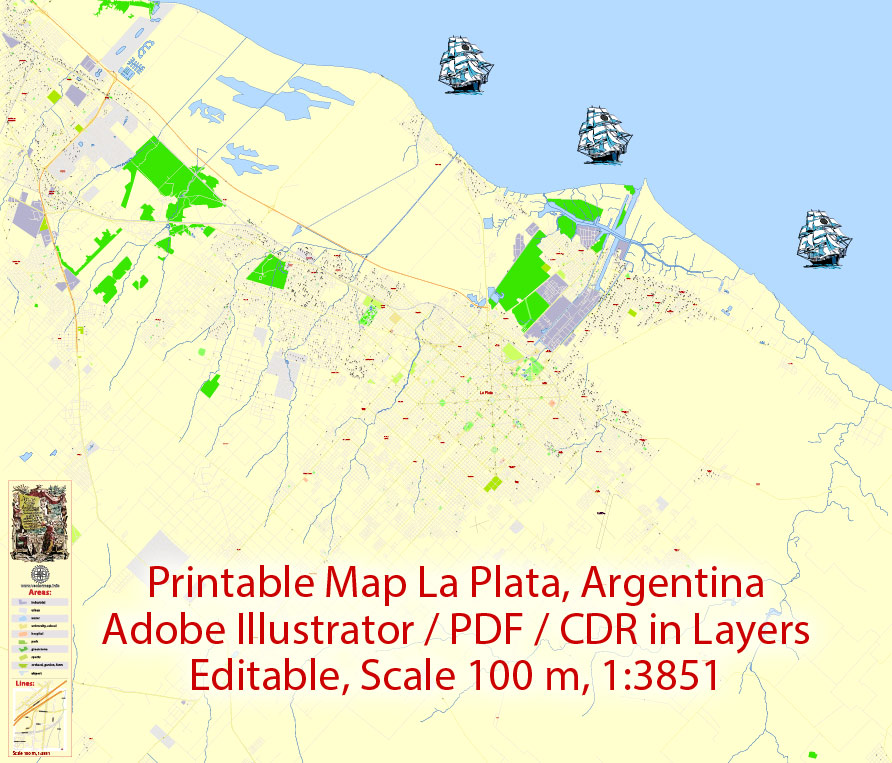 One of the advantages of La Plata city vector maps of our production is the relevance of cartographic data, we constantly update all our products.

This vector map of La Plata city is used by:
designers, layout designers, printers, advertisers and architects. Our product – vector maps – is designed for further editing and printing in large formats – from @Wall format (a few meters) to A-0 and A-1, A-2, A-3.

The advertising and presentation map of La Plata city (usually the final designer marks the routes, and puts the client’s objects (shops, saloons, gas stations etc.)
The undoubted advantage is that people will NEVER throw out this advertising product – the map. In fact, as an advertising medium, a city map is the most “long-playing” of the well-known polygraphic advertising media, with the longest lifespan, and the maximum number of interactions with the customer.

Take a look, who purchases our vector maps of La Plata city in “Our Clients and Friends” page – these are large and small companies, from super-brands like Volvo and Starbucks, to small design studios and printing houses. 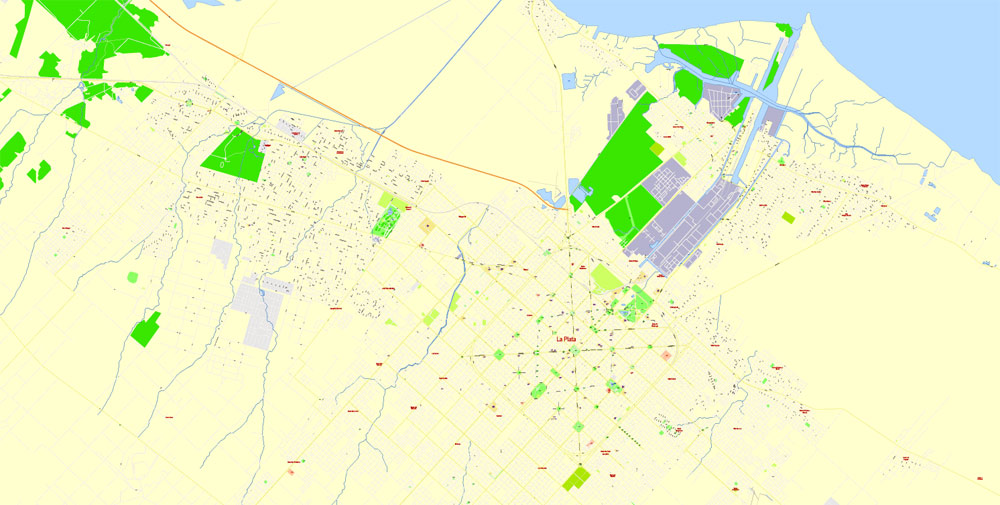 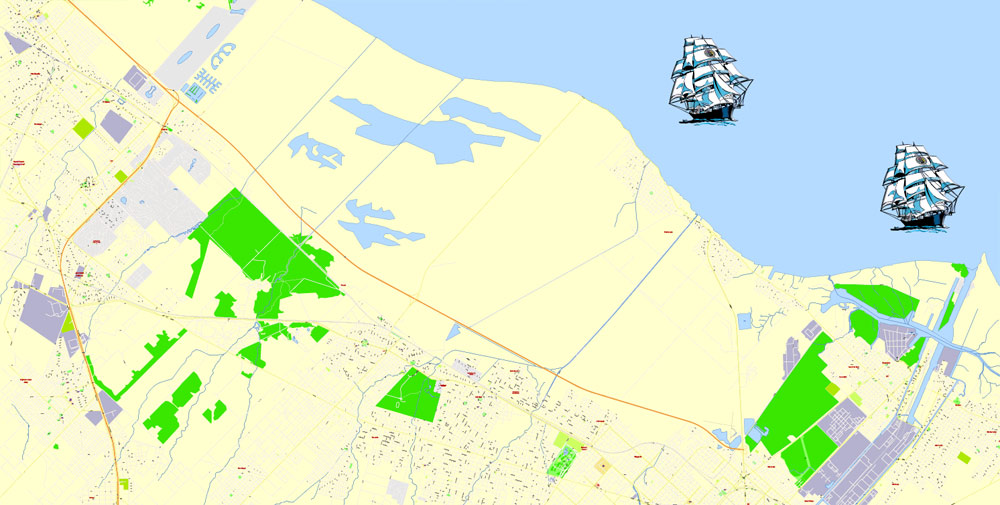 You will probably want to change the color scheme used on our La Plata vector city map.

To quickly and effectively play with colors.
Of course, you can do it manually, all objects in our La Plata city vector map are divided according to types and layers, and you can easily change the color gamma of vector objects in groups and layers.

But there is more effective way of working with the whole VECTOR MAP of La Plata city and all layers:

If you have selected a part or a layer of La Plata city vector map and open the dialog box by clicking the icon in the Control panel, on the Samples palette or the Color Catalog, or if you choose Edit > Edit Colors> Repaint Graphic Object, then the «Repaint Graphic Object» dialog box appears, and you get access to «Assign» and «Edit» tabs. 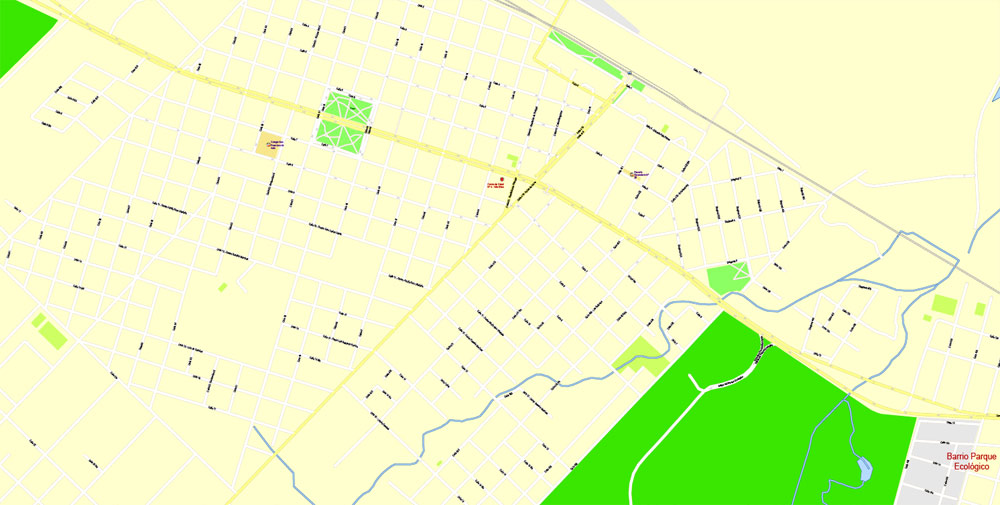 La Plata was planned and developed to serve as the provincial capital after the city of Buenos Aires was federalized in 1880. It was officially founded by Governor Dardo Rocha on 19 November 1882. Its construction is fully documented in photographs by Tomás Bradley Sutton. La Plata was briefly known as Ciudad Eva Perón (Eva Perón City) between 1952 and 1955. 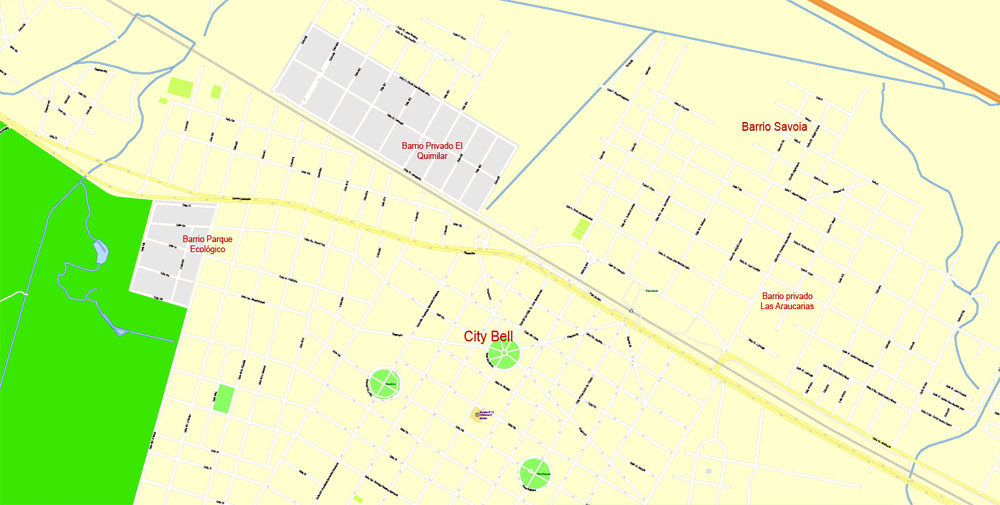 «Edit»
The «Edit» tab is designed to create a new or edit the existing color groups.
The harmony rules Menu and the Color Wheel are used to conduct experiments with color harmonies. The color wheel shows how colors are related in color harmony, and the color bars allow you to view and manipulate an individual color values. In addition, you can adjust the brightness, add and remove colors, save color groups and view colors on the selected Vector Map of La Plata city or a separated layers.

«Assign»
The «Assign» tab is used to view and control on how the original colors are replaced with colors from the color group like your corporate colors in the Vector Map of La Plata city.

The assign color ability is provided only if the entire map, layer or fragment is selected in the document. You can specify which of new colors replace the current colors, whether the spot colors should be preserved and how colors are replaced (for example, you can replace colors completely or changing the color tone while maintaining the brightness). The «Assign» tab allows you to redefine colors in the Vector Map of La Plata city, or in separate layers and fragments using the current color group or reducing the number of colors in the current Vector Map.

Geography
Located in the north-eastern area of the province of Buenos Aires, La Plata is surrounded by Ensenada and Berisso to the northeast, Berazategui and Florencio Varela to the northwest, San Vicente and Coronel Brandsen to the southwest and south, and Magdalena, to the southeast, occupying an area of 893 km. 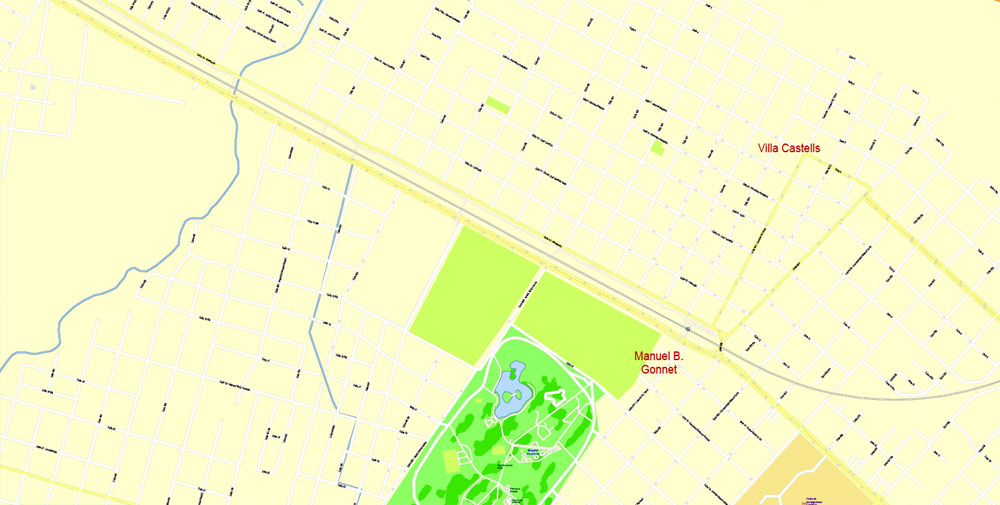 Any color group can be selected and edited, or used to redefine the colors in the selected vector map of La Plata city, its fragments or elements. 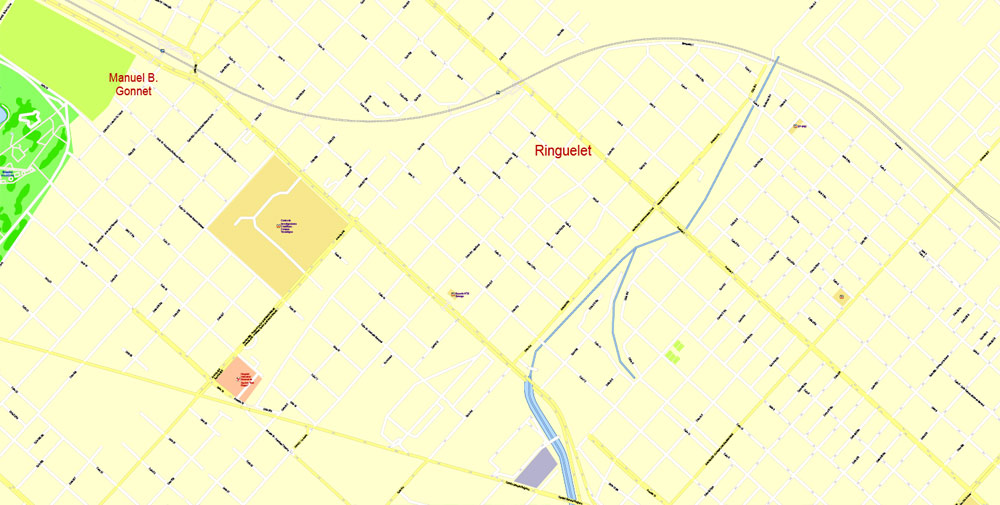 Use these commands if you need to edit the colors in the selected vector map of La Plata city.

Note. This color editing method is convenient for global color adjustment in a vector map, if global colors were not used when creating a City Map of La Plata. 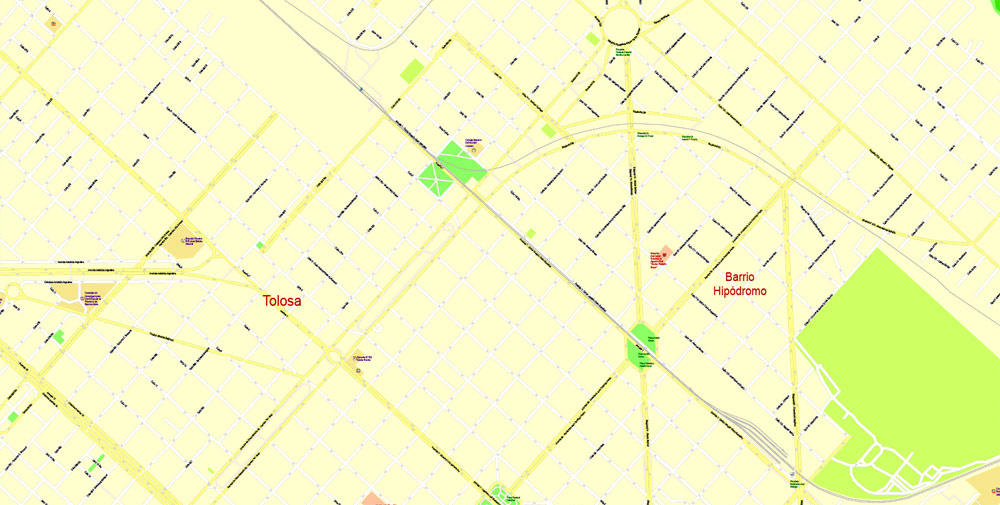 Click this button if you need to edit colors on the «Color Catalog» palette or edit and then apply them to the selected Vector Map of La Plata city or its fragment.

Click this button if you need to edit the colors in the specific color group or edit and apply them to the selected Vector Map of La Plata city or a group of its elements, for example, the whole layer “Streets and lines”. You can also double-click the color group in the Samples panel to open the dialog box. 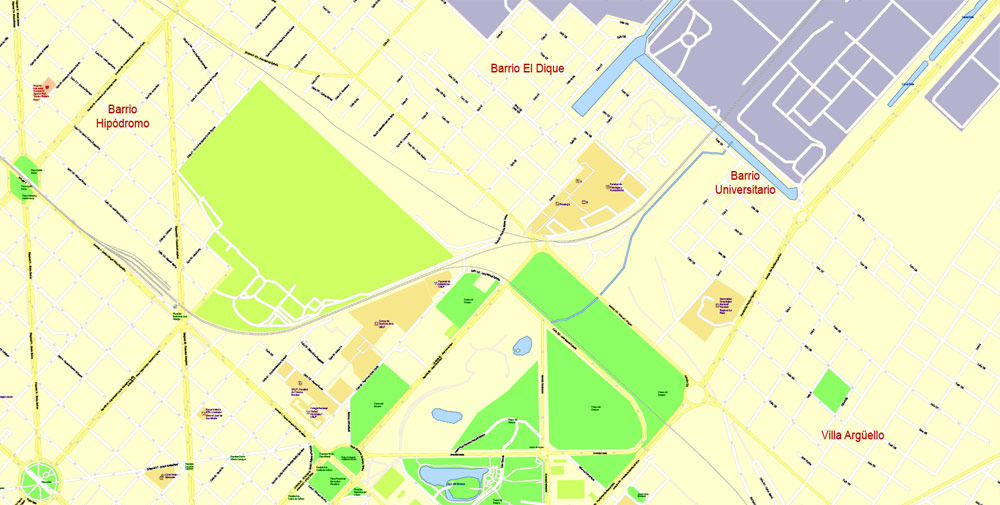 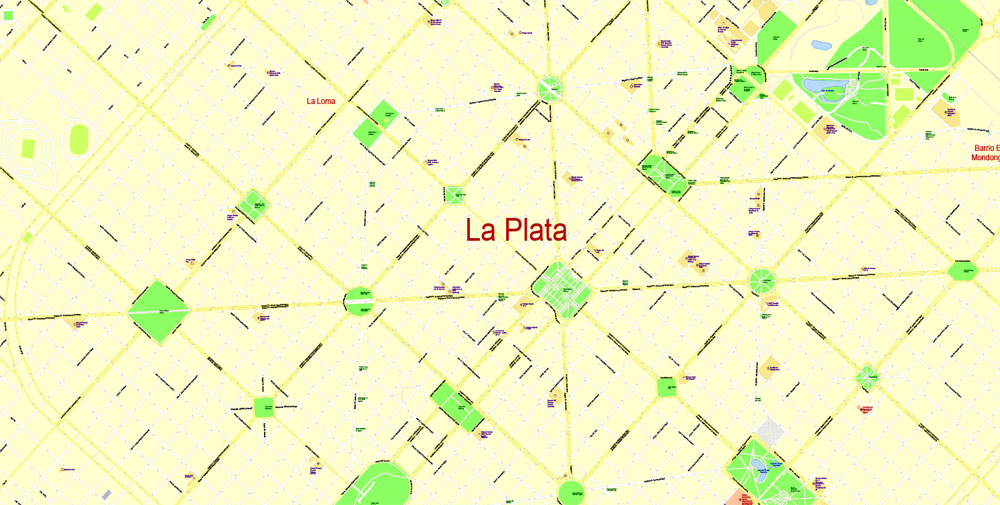 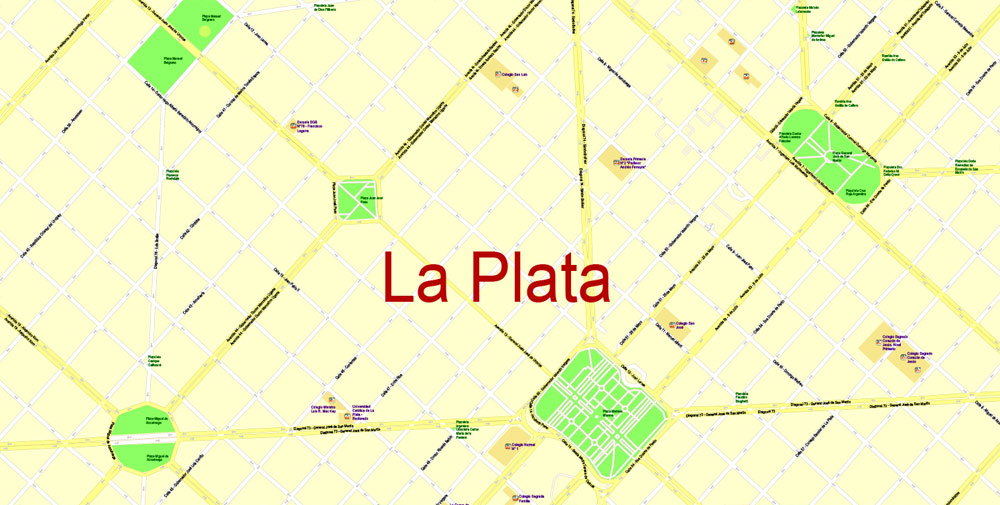 La Plata
City in Argentina
La Plata is the capital of Argentina’s Buenos Aires province and is near the city of Buenos Aires. A planned city, it’s known for its distinctive diagonal avenues. At its center, the open expanse of Plaza Moreno is crowned by the grand, neo-Gothic Cathedral of La Plata. Also on the plaza is the Palacio Municipal, built in German Renaissance style. La Plata Museum has a vast collection of natural-history exhibits. 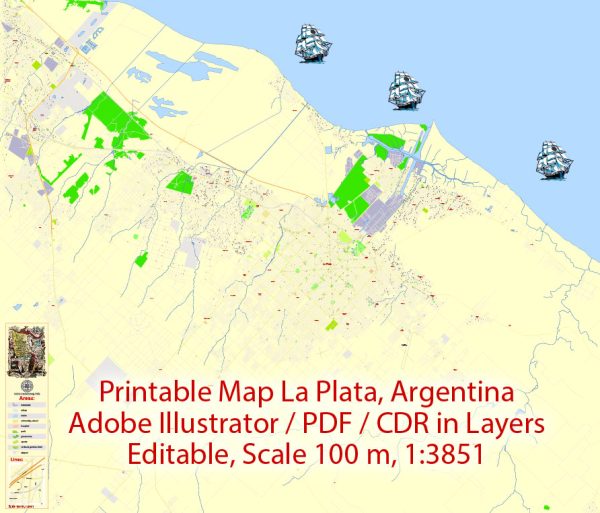