Kenya
Description of the country

Beautiful white beaches and a long coral reef, Savannah with wild animals, snow-capped peaks, desert, and small jungle – all this attracts tourists to Kenya from around the world and makes Kenya one of the most colorful countries in Africa.

Kenya is known throughout the world for its protected areas.

Kenya is a Paradise for ecotourism lovers. The country’s landscapes vary from arid coastal plains to forested highlands. An ancient Rift valley crosses the Western part of Kenya. In its vicinity, there are snow-covered peaks of extinct and dormant volcanoes and numerous salty and fresh lakes with rich flora and fauna. Along the East coast of Kenya stretch sandy beaches, which are surrounded by colorful coral reefs.

Kenya – may be of interest to any traveler. There are many different landscapes and cultures intertwined, there are many picturesque lakes, including Lake Victoria in Western Kenya and the sacred lake Maasai Naivasha, there are twenty national parks, which presents all the exclusive “Big five” African animals – elephant, leopard, lion, Buffalo, and Rhino. The largest national Park is Tsavo, and the most famous is the Massai Mara, where in July and August, you can admire a breathtaking view of the skyline, which is dotted with hundreds of thousands of wildebeest, zebras, antelopes, buffaloes, and empal. You can feel yourself in Paradise and enjoy the warm emerald water on the coast of the Indian Ocean, where there is a developed infrastructure.

Kenya is a country in East Africa. It is bordered by Ethiopia to the North, Somalia to the northeast, Tanzania to the South, Uganda to the West and Sudan to the Northwest. From the Southeast, it is washed by the Indian ocean. The equator passes through the center of the country, dividing it into two almost equal parts. In the East, the country is washed by the Indian ocean, in the South-East – is limited by Lake Victoria. The total length of the border is 3,446 km, the length of the coastline is 536 km. the Total area is 582,600 km2 (land area is 569,250 km2). The coastal zone of the plains gradually rises and turns into a vast desert plateau. Kenya occupies the North-Eastern part of the East African plateau. In the center, there are separate mountain ranges with the highest point of the country – mount Kenya (5,199 m). In the West is the East African fault zone. Main rivers: Tana (ozy) and the Gala on. On the territory of the country of lake Rudolf and the Victoria Lake. Main minerals: gold, barites, rubies, limestone.

Time in Kenya coincides with Moscow in winter and 1 hour behind in summer, which greatly facilitates acclimatization.

The climate in Kenya is diverse, as are its landscapes.

In the Central part of the country (where most of the national parks are located) the climate is very smooth without large seasonal fluctuations of 21-26°C all year round. There is no heat or cold here. According to some estimates, it has the best climate in the world. On the coast of the ocean all year the temperature is kept flat – 27-31 degrees, the climate is more humid than on the continental part of the country. Seasons differ in the duration of precipitation, not temperature changes. Annual rainfall ranges from 12.7 in the dry regions of the Northern Plains to 101.6 in coastal and mountainous areas and 177.8 cm in the Lake Victoria area. There are two rainy seasons: the “big” in April-June, and the “small” in November, but in Kenya, there is virtually no prolonged heavy rains. During these periods, as a rule, rains come at night, in the daytime, their duration does not exceed 1 hour.

In the area of the coastal strip is wet, in the interior, as well as in the Northern plains hot and dry, in the mountainous areas fresh and cool. Despite the fact that Kenya is located on the equator, MT peaks. Kenya is constantly covered with snow. The average temperature of the coastal areas is about 27 ° C, in the capital Nairobi 20 ° C, in the dry plains – from 21 to 27 °C.

The official language of Kenya is English. Of the local languages, Swahili is the most common.

The Gregorian calendar is used.

Kenya is officially a secular Republic with no established state religion. Officially, 38% of the population consider themselves Protestants, 28% – Catholics, 10% – Muslims, but in reality up to 50% of the population still profess traditional local beliefs.

More than 60 % of the population are Christians, 25 % are pagans, religious minorities are Jews, Hindus and Muslims. Life expectancy is 58 years.

In Kenya, the voltage is 240V, English standard sockets, if the plugs do not match, there are adapters in the reception service. The lodges receive electricity from the thermogenerator and turn off at night – the rooms have candles, but the lodges everywhere are switching to energy from solar panels.

System of negotiation points, devices of blue color). The only place where you can directly call abroad is the Central Meeting Point of the capital. You can use the services of operators (number 0196, speak English) or call directly from the hotel (the rate is almost 2 times more). In order to call the country, you need to dial 8 – beep – 10 – 254 (international code of Kenya) – area code – the number of the called party. connection rather poorly developed. Payphones are available only in large cities, and they work both on coins (devices of red color), and with use of telephone cards (are on sale in post offices and the international

Roaming is available to subscribers of the main Russian operators.

Visa or MasterCard credit cards are accepted almost everywhere. Also recommended checks, the use of which can be very practical in the Safari sector. However, in private shops and stores, checks are accepted with great difficulty.

Change the currency is best at the airport and in banks, it is necessary to take a certificate — without it, the reverse exchange will be impossible. Banks are open from 9:00 to 14:00 from Monday to Friday and from 9:00 to 11:00 every first and last Saturday of the month. Banks at the airport are open 24 hours a day. The official currency exchange offices need to present a passport.

Some of the major stores in Nairobi and Mombasa accept major international credit cards. Tourist cheques can be cashed at Bank branches. In the interior of the country to pay with electronic money is unrealistic.

Do not change all the money immediately upon arrival: for a lot of services from foreigners prefer to take it dollars (car rental, tickets to parks, entertainment, flights on airplanes and balloons, payment of hotels).

Russian citizens need a visa to visit Kenya. There is a possibility of obtaining a visa at the Consulate of the country, and directly at the entrance.

You can get a visa for up to 3 months directly at the point of arrival in Kenya, presenting a valid passport and paying a fee.

All travelers must have return tickets and proof of sufficient funds for the entire stay in the country, but not less than $ 500.

In practice, the availability of funds and return tickets are checked very rarely.

Import and export of national and foreign currencies are not limited, the Declaration is mandatory.

Persons over the age of 16 are allowed duty-free entry:

Firearms and ammunition are imported only with the permission of local authorities. The import of fruits and plants is prohibited.

There are also holidays with a fixed date: Good Friday, Easter Monday and Muslim holidays – the end of Ramadan (Idul-Fitr), the birthday of the Prophet, New year 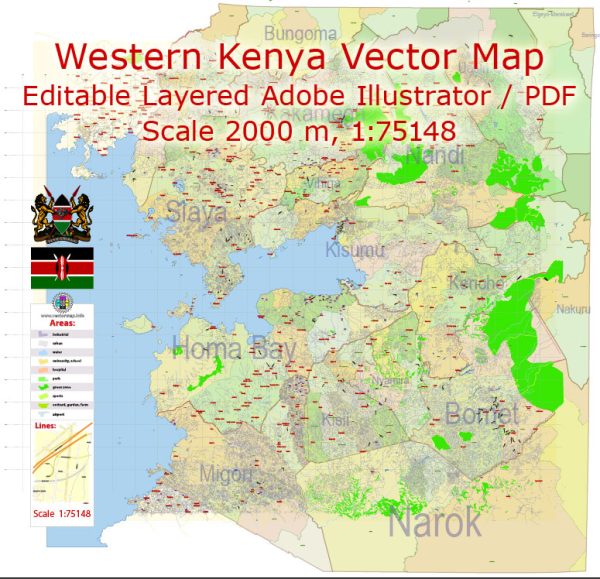