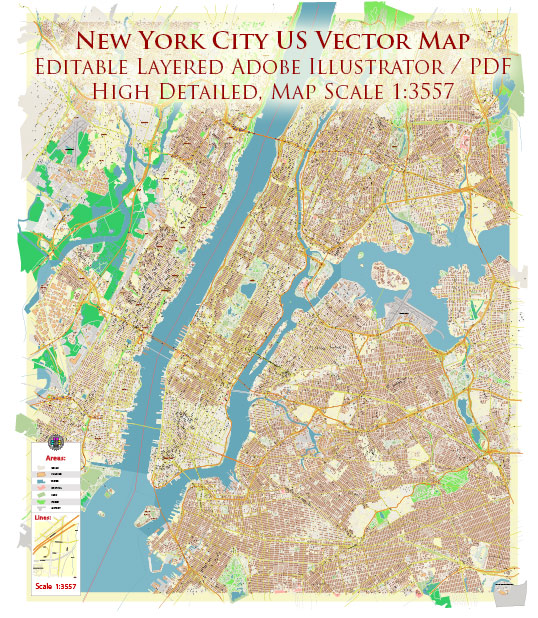 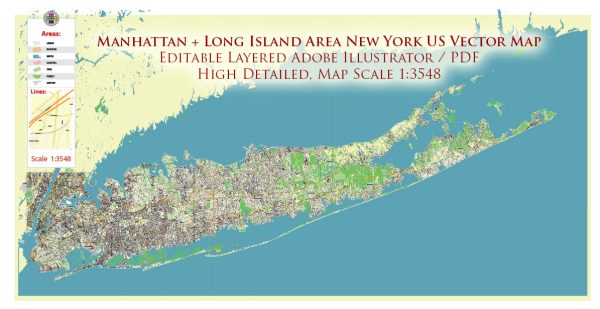 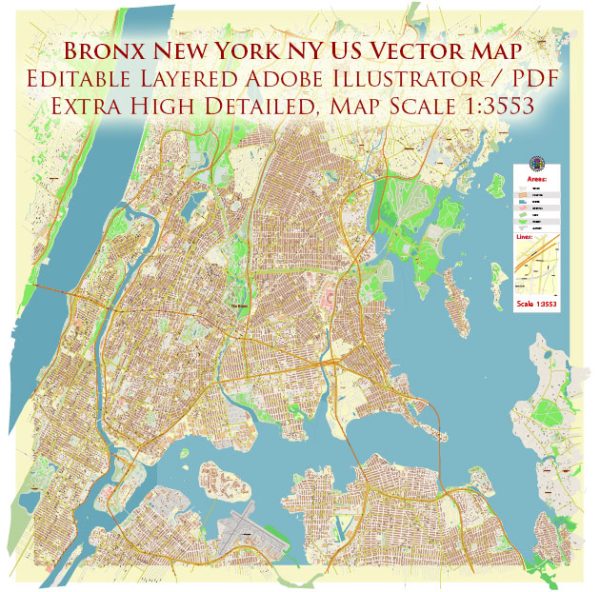 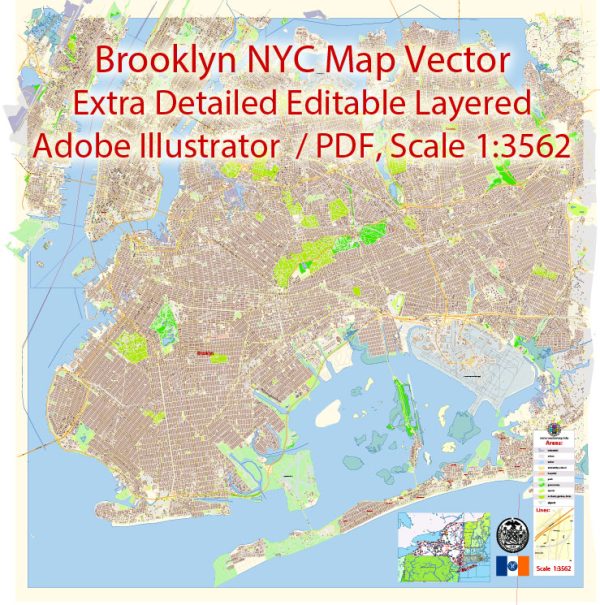 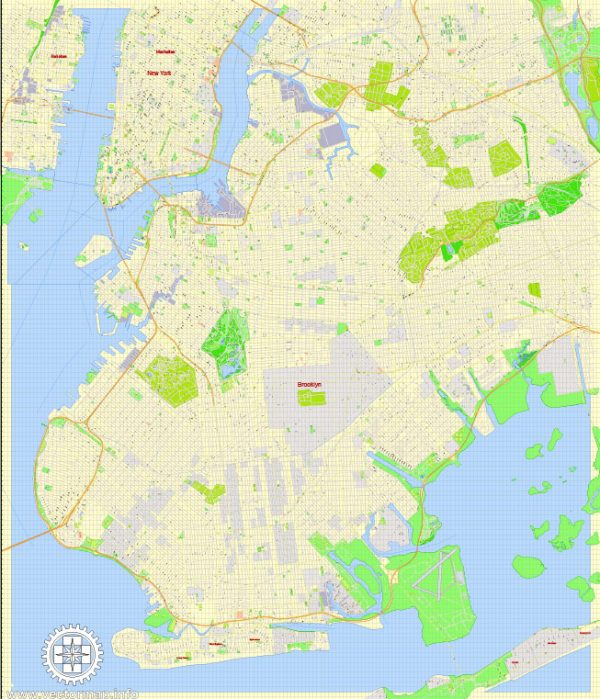 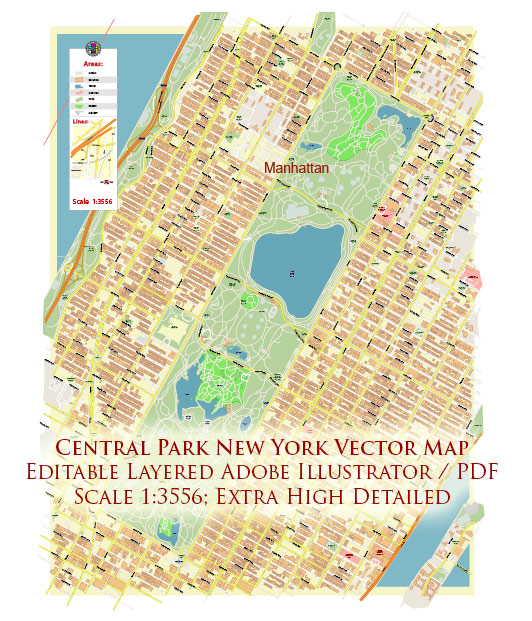 Vector Maps of the New York City : officially the City of New York, historically New Amsterdam, the Mayor, Alderman, and Commonality of the City of New York, and New Orange, byname the Big Apple, city and port located at the mouth of the Hudson River, southeastern New York state, northeastern U.S. It is the largest and most influential American metropolis, encompassing Manhattan and Staten islands, the western sections of Long Island, and a small portion of the New York state mainland to the north of Manhattan. New York City is in reality a collection of many neighborhoods scattered among the city’s five boroughs — Manhattan, Brooklyn, the Bronx, Queens, and Staten Island — each exhibiting its own lifestyle. Moving from one city neighborhood to the next may be like passing from one country to another. New York is the most populous and the most international city in the country. Its urban area extends into adjoining parts of New York, New Jersey, and Connecticut. Located where the Hudson and East rivers empty into one of the world’s premier harbors, New York is both the gateway to the North American continent and its preferred exit to the oceans of the globe.
Area:
• Total: 472.43 sq mi (1,223.59 km2)
• Land: 300.46 sq mi (778.19 km2)
• Water: 171.97 sq mi (445.40 km2)

All of our editable New York City vector maps are digital files,
which can be instantly downloaded in editable PDF or Adobe Illustrator format.
Objects on maps are usually divided into layers according to their types – lines, polygons, street names, object names (see map description!!!!)
Each of our New York City digital maps is available in Adobe Illustrator or editable PDF format, (or on request in any other known format for the same price)
which use a vector approach to display images,
you can easily enlarge any part of our maps without compromising text, line or graphic quality,
with any increase or decrease ratio.
Using a vector graphics editor such as Adobe Illustrator, CorelDraw, Inkscape, or Freehand
you can easily crop parts of the map, add custom characters, and change colors and font attributes as needed.
We have a variety of New York City vector maps with different levels of detail, from simple empty paths to highly detailed maps with roads and terrain layers.