The port city of Tampa is located on the coast of Tampa Bay. It is a climatic resort with a population of 349,765 people (2020). Tampa is developing very fast. Today it is a city with well-established infrastructure and profitable production. At a high level – chemical and food industry. Ships are being built here. There is an international airport in the city. Tampa can also be called an educational center since the University of South Florida and the University of Tampa are located here. 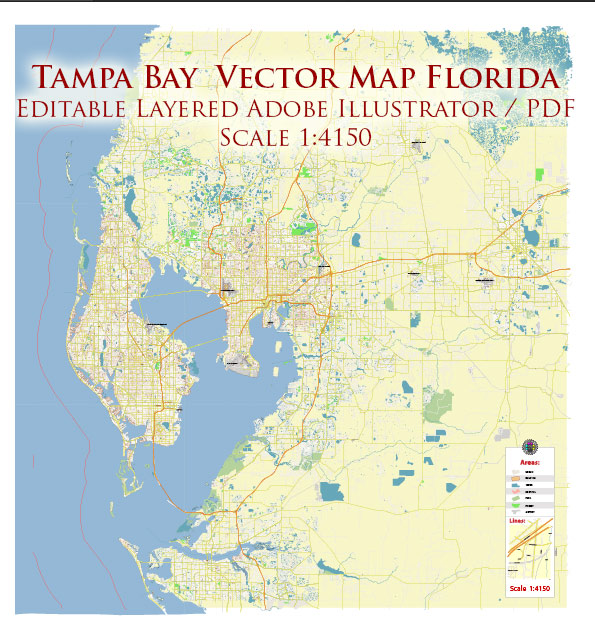 The first European who visited the vicinity of Tampa back in 1528 was the conquistador from Spain Panfilo de Narvaez. But the history of Tampa began much later when 300 years later the American military arrived on the coast and built Fort Brook here. Already in 1824, Tampa was considered a strategically important harbor, and today the American armed forces provide jobs in Tampa for about 14 thousand people.

The impetus for the development of the city occurred in the second half of the XIX century, with the appearance of a cigar factory in Tampa in 1886. After the phosphate deposit was found here, the mining industry began to develop rapidly in Tampa, which attracted new investments to the city and contributed to the development of transport infrastructure.

From the mid-60s of the twentieth century, Tampa began to transform into a modern business center. There are even unusual houses built of glass and metal structures in the city. 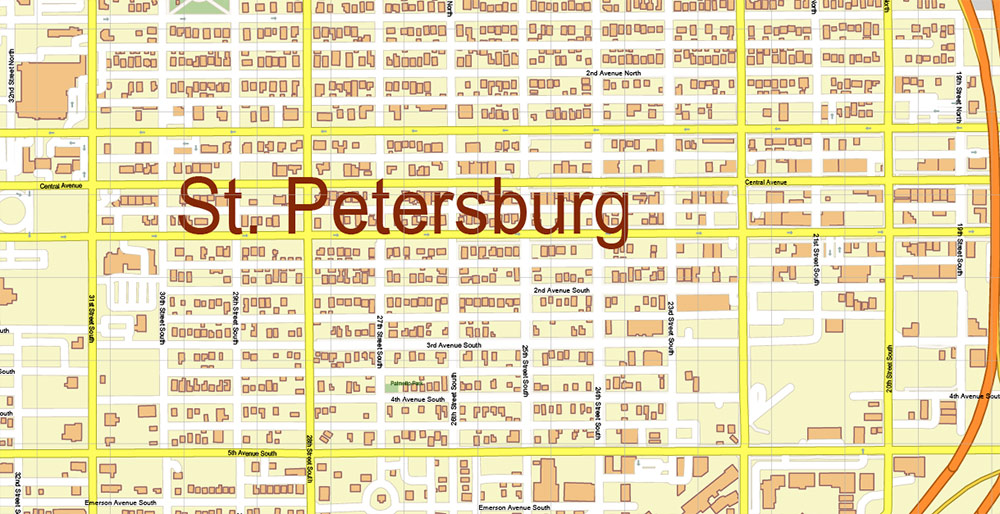 Sunny-friendly Tampa is favored by tourists and attracts a large number of vacationers every year. If you dream of living where there is always sea and sun, then this city may well become the embodiment of your dream. Here you can lie around the clock on the velvety snow-white sand, do water sports, or fishing. Football, hockey, and baseball fans will be able to enjoy the games of local sports teams.

In addition, you can enjoy the city Aquarium or stroll through the gardens of Bush Garden Africa, where various attractions and even a zoo are waiting for you. Tampa is a great place for shopping. There is also an art museum and a theater. 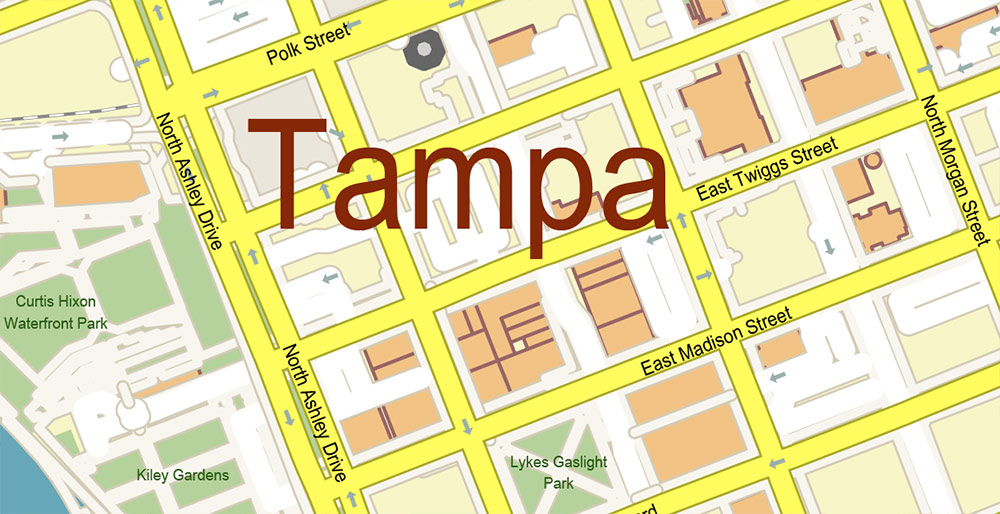 In luxury hotels in Tampa – excellent service. You feel comfortable here at any time of the year because even in cold January there is a warm festive atmosphere during the Pirate Festival (Gasparilla Pirate Festival).

Tampa is a city in the United States in the state of Florida. A little over 350 thousand people live in this small town. According to numerous positive assessments of travelers, Tampa can be called one of the best tourist cities in the world. It is also worth considering that most of the urban population easily speaks English, so a language barrier will not arise in front of an English-speaking traveler.
The infrastructure of Tampa. For connoisseurs of high-speed Internet, the city infrastructure offers constant and uninterrupted access to broadband Internet. Tampa definitely won’t seem boring for avid lovers of urban nightlife: noisy parties, dance floors, and round-the-clock cafes are only a small part of what the city is ready to offer. When visiting Tampa, many may wonder how safe it is in this city. Answering this question, it is safe to say that according to statistics, this is one of the safest cities in the world.
Overall assessment of Tampa. Due to the high overall quality of life, the city can be considered as an excellent place for a long stay. 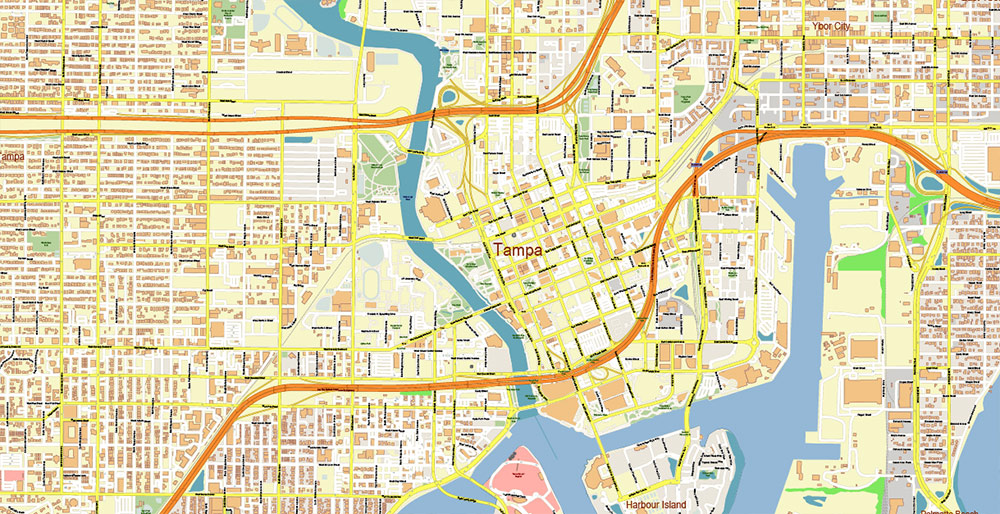 Tampa is located in the west-central part of the Florida Peninsula. The city lies on the shore of a large natural bay, called Tampa Bay and extends about 55 km deep into the Florida peninsula. For most of its length, the bay has a width of 8 to 16 km.

The region is located in the Tampa Bay area. The Tampa Bay Area urban agglomeration includes three main cities: Tampa, Clearwater, St. Petersburg, and several dozen towns with a population of 10 to 100 thousand inhabitants. In total, about 4 million people live in the Tampa-Clearwater-St. Petersburg metropolitan area. Directly in the city of Tampa itself, 352 thousand residents live in 2021. 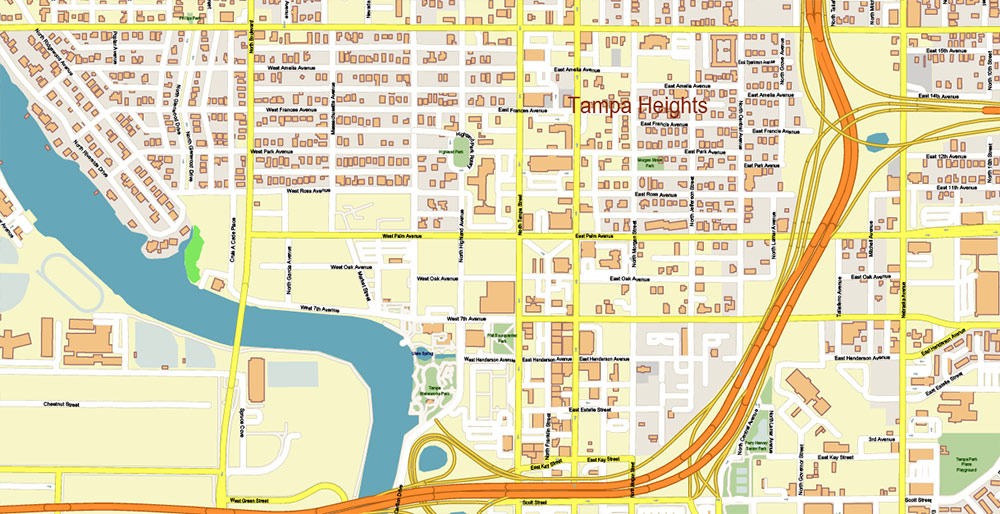 The origin of the name “Tampa” is not known for certain. One of the assumptions refers to the ancient language of local tribes, in which the word “Tampa” meant “Firesticks”, most likely the Indians called lightning very frequent during summer storms in the vicinity of Tampa Bay. Another assumption is based on the fact that “Bay of Tanpa” (“Tanpa Bay”) has been used on maps since 1695. The Spaniards misunderstood the Indian language and used the word Tanpa as a designation of the area. Over time, “Tanpa” transformed into “Tampa“.

The Spanish conquistadors who landed in 1528 in the vicinity of Tampa Bay, apparently, were the first Europeans to appear in these places. In 1821, the United States acquired Florida from Spain. One of the goals of the acquisition was to reduce Indian attacks, in addition, the United States tried to eliminate the shelters of slaves who fled from the southern states. One of the first US actions in Florida was a military raid on Angola, a settlement of runaway slaves and free negroes on the eastern shore of Tampa Bay. 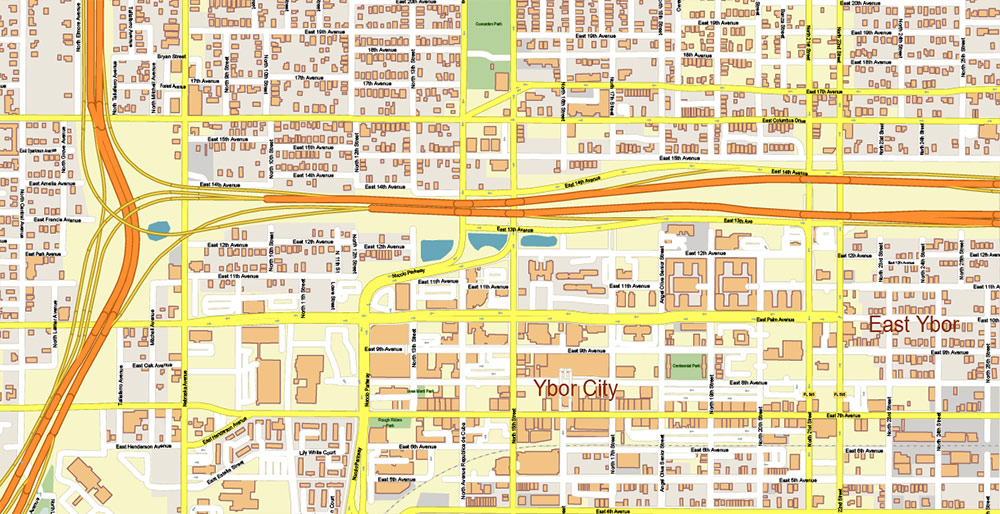 At first, Tampa was an isolated outpost, only in 1849 did Tampa receive the status of a “village” with a population of fewer than 200 inhabitants. Until the mid-1880s, Tampa was a fishing village, with no industry, poor road connections to the rest of Florida, and questionable prospects for development. In addition, the surrounding swamps were infested with mosquitoes bringing yellow fever epidemics, which also hindered population growth.

But since 1883, luck has turned to the city. First, phosphate, an important mineral used in the production of fertilizers, was found in the vicinity. Soon, phosphate in large quantities began to be transported from the local port, Tampa and today is a major producer of phosphates. Another important factor was the construction of a railway that connected the city with the rest of the country, revived trade, and brought new residents to the city. 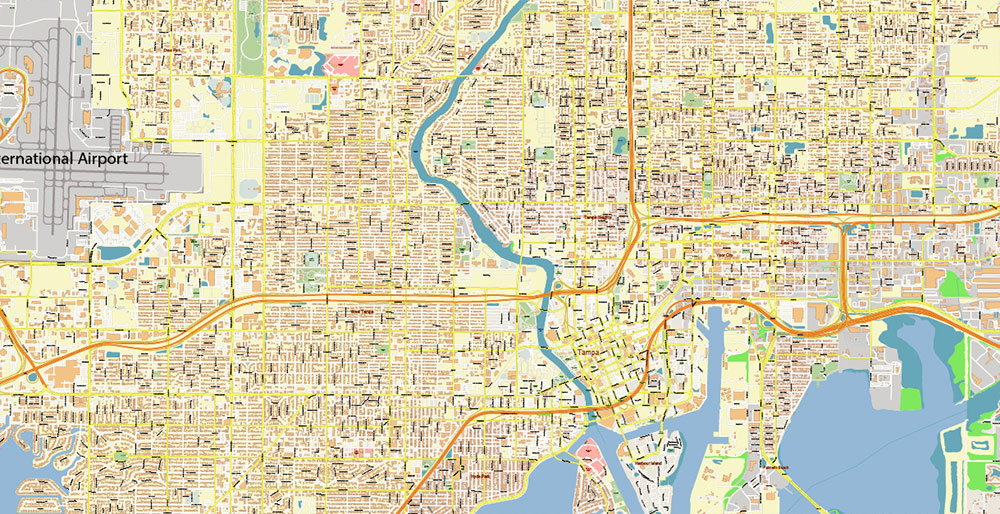 In 1885, Vicente Martinez Ybor, an American industrialist of Spanish origin, moved cigar production to Tampa. Cuban tobacco was shipped by sea to Tampa, and then the finished cigars were transported by rail north to other US states. Hundreds of houses immediately sprang up around the production, in which workers who arrived mostly from Cuba and Latin America settled. One cigar production was followed by the following, related industries, commerce, and the service sector also developed. Tampa not only turned into the “Cigar Capital of the World“, but also overnight by 1900 turned into one of the largest cities in Florida.

The racial composition as of 2021: 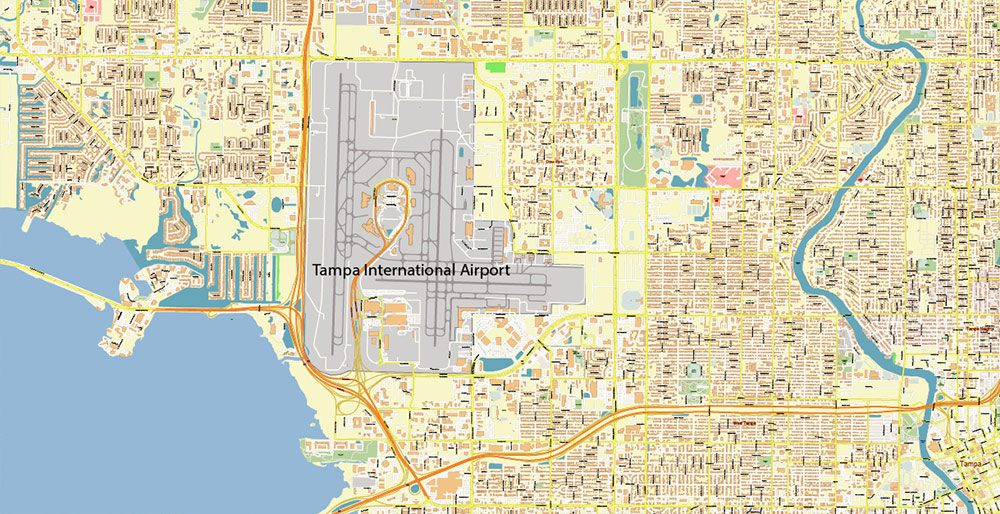 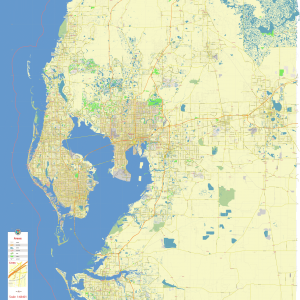 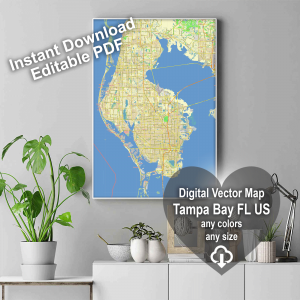 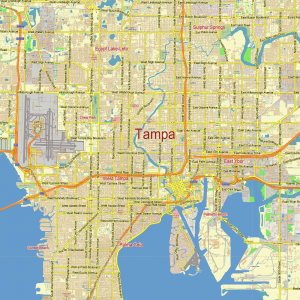 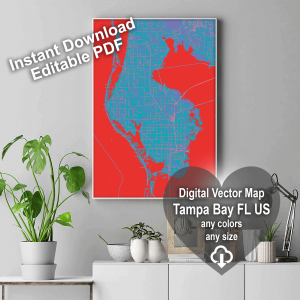 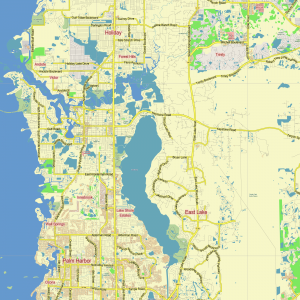 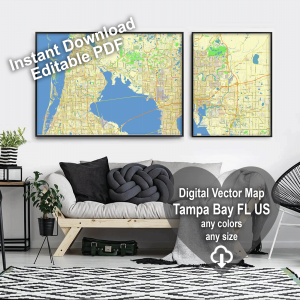 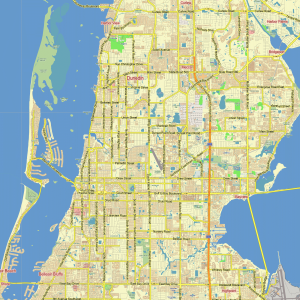 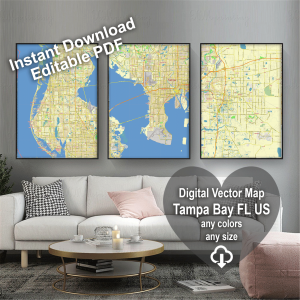 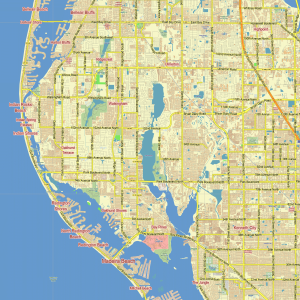 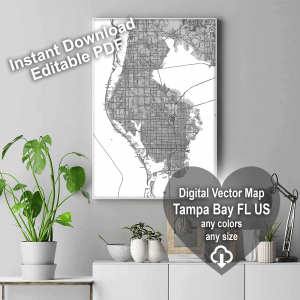 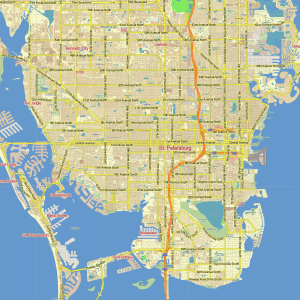 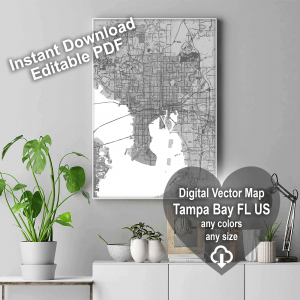 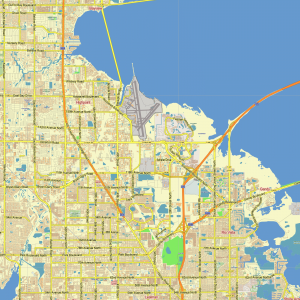 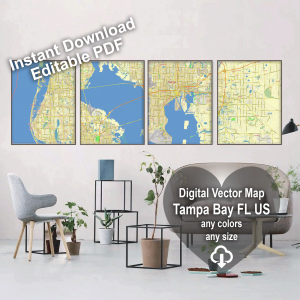 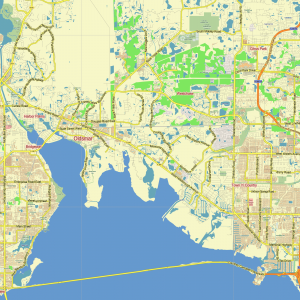 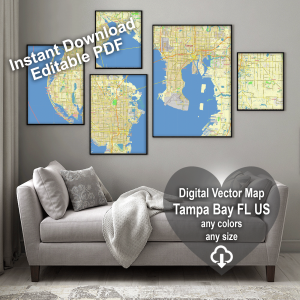 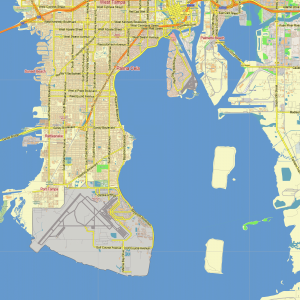 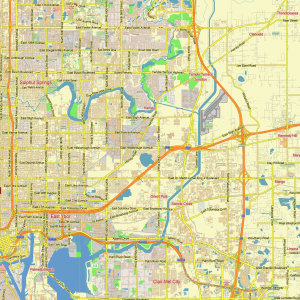 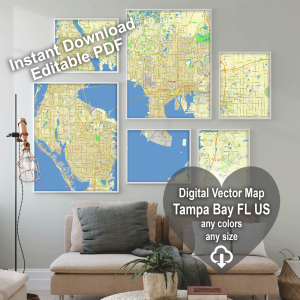 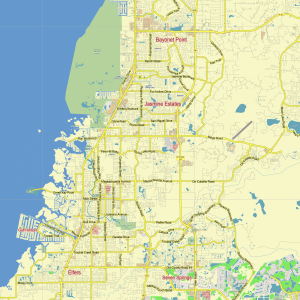 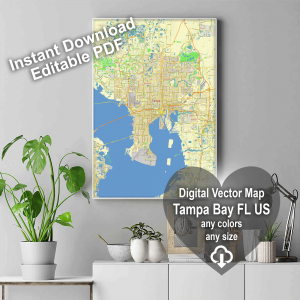