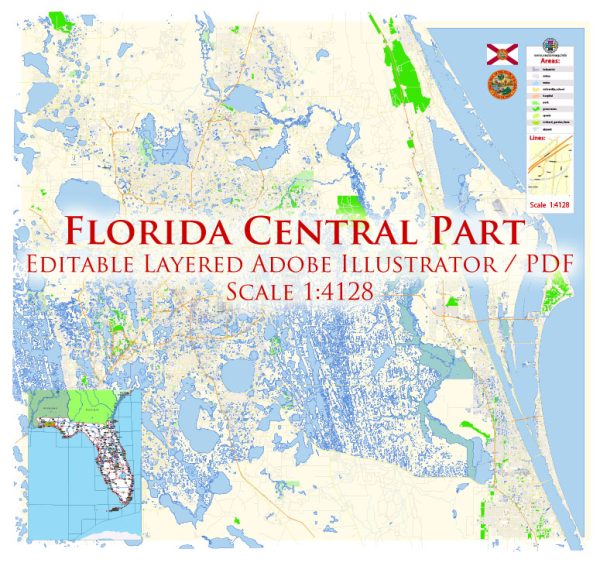 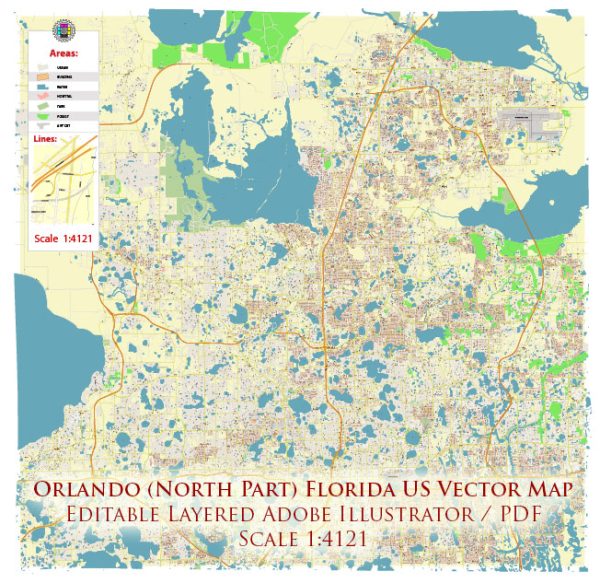 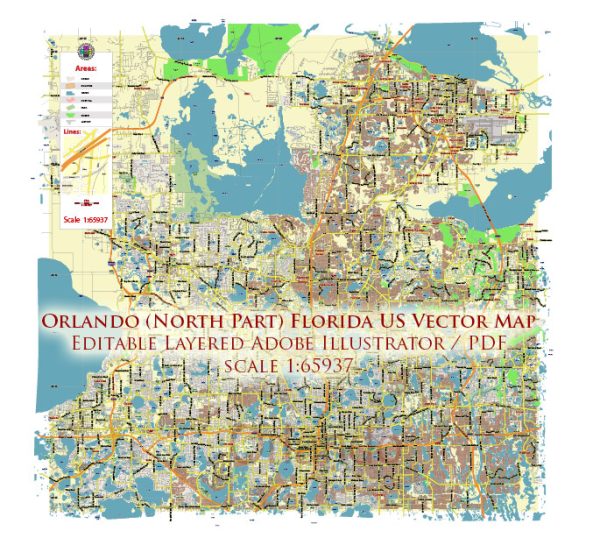 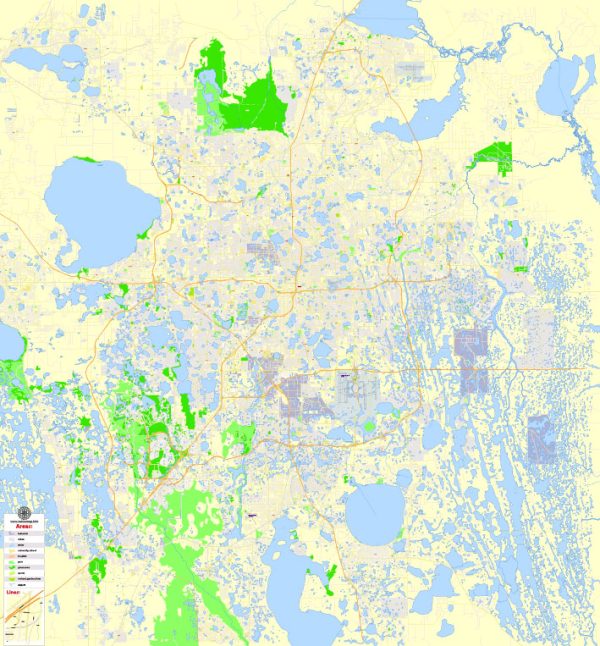 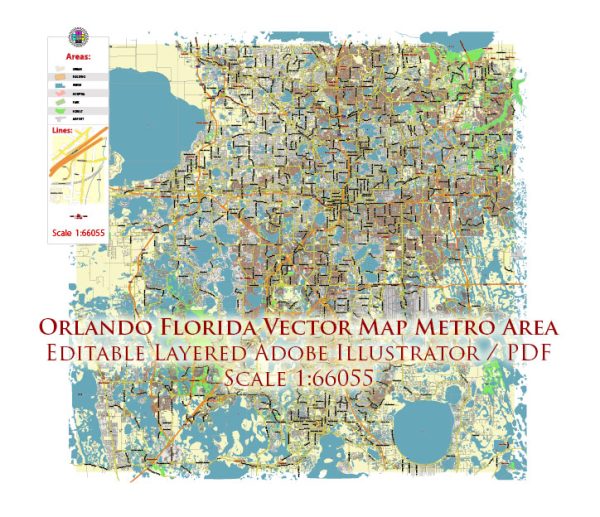 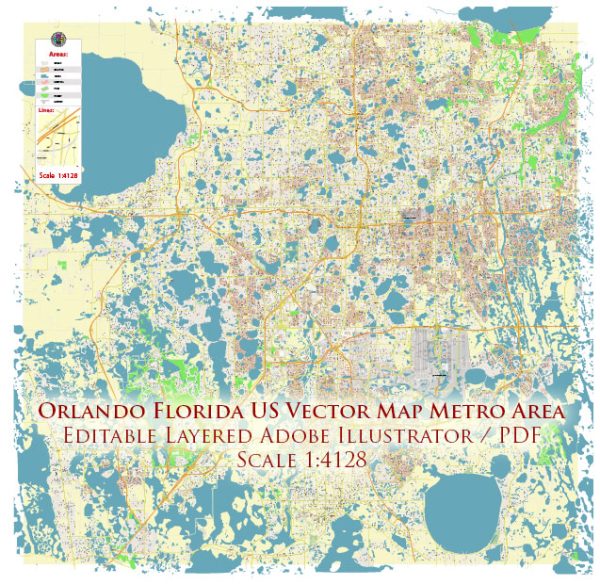 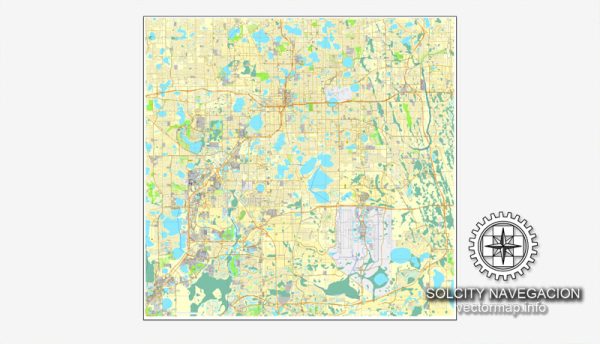 Vector Maps of the Orlando : city, seat (1856) of Orange county, central Florida, U.S. It is situated in a region dotted by lakes, about 60 miles (95 km) northwest of Melbourne and 85 miles (135 km) northeast of Tampa. The city is the focus for one of the state’s most populous metropolitan areas.
Orlando, a city in central Florida, is home to more than a dozen theme parks. Chief among its claims to fame is Walt Disney World, comprised of parks like the Magic Kingdom and Epcot, as well as water parks. Another major destination, Universal Orlando, offers Universal Studios and Islands of Adventure, with the Wizarding World of Harry Potter straddling both.
Area: 308.4 km²
Elevation: 25 m
Download royalty free, editable vector maps of Orlando Florida in high resolution digital PDF and Adobe Illustrator format.