Vector Maps of the Cartagena : port city and naval base in the Murcia region of southeast Spain. Founded by the Carthaginians around 220 B.C., the city boomed during the Roman period. Among its many Roman ruins are a 1st-century B.C. theater and Casa de la Fortuna, a villa with murals and mosaics. The Muralla Púnica (Punic Wall) interpretation center houses the remains of a 3rd-century B.C. defensive wall.
Elevation: 10 m
Area: 558.1 km²
Download royalty free, editable vector maps of Cartagena Spain in high resolution digital PDF and Adobe Illustrator format. 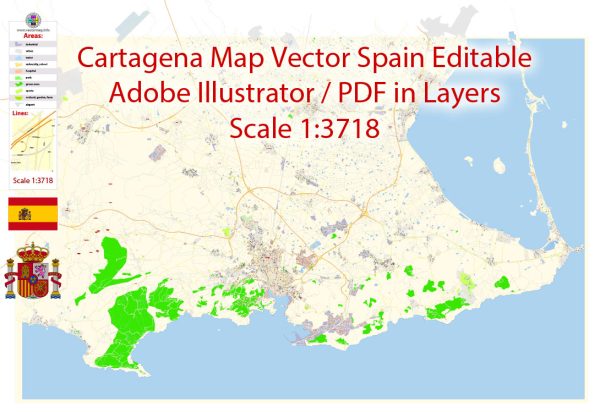