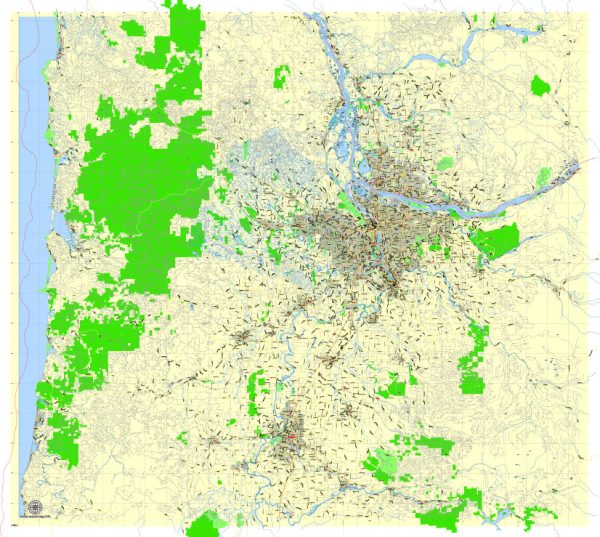 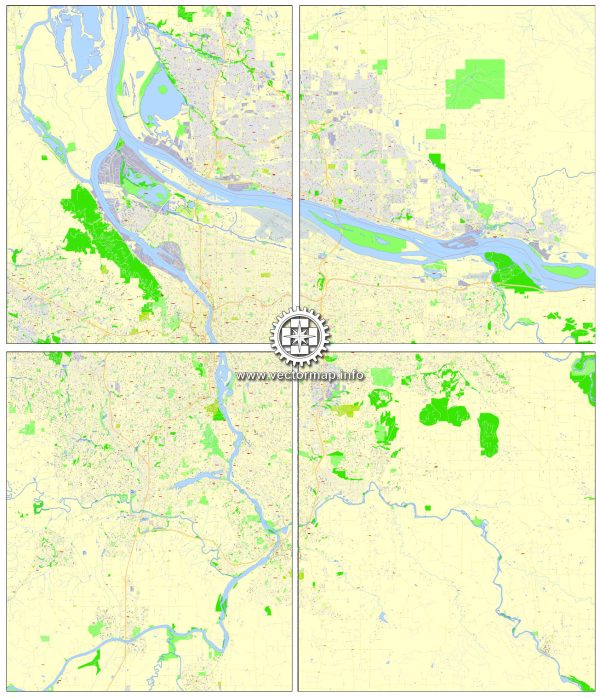 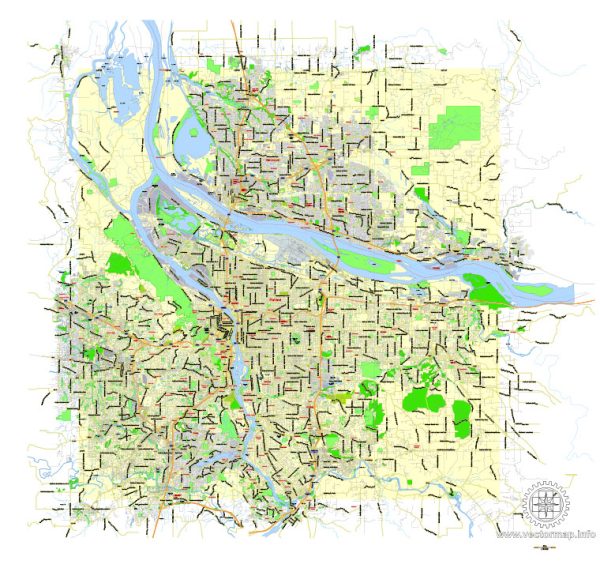 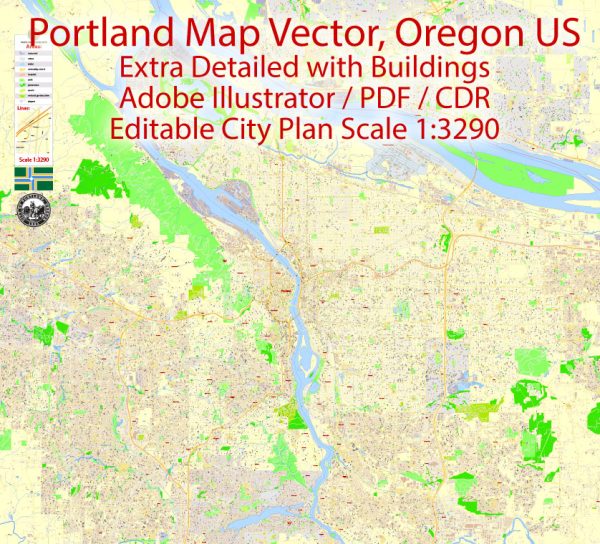 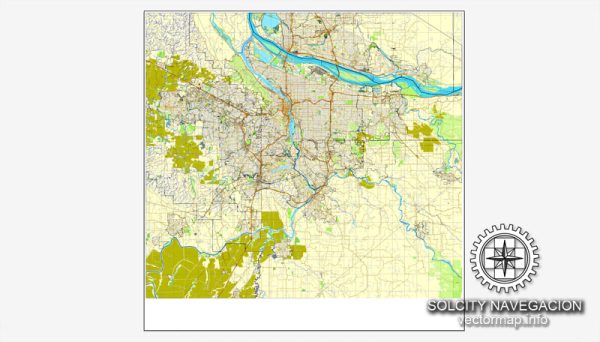 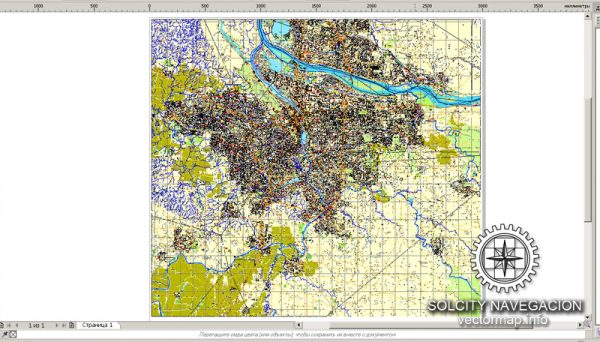 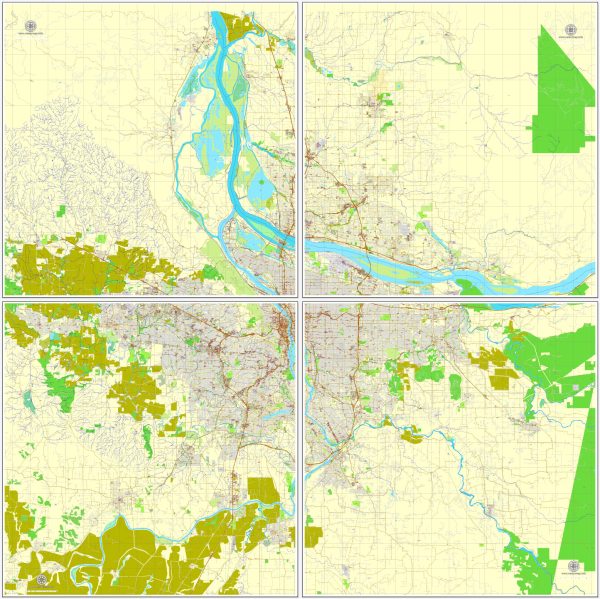 Vector Maps of the Portland : city, seat (1854) of Multnomah county, northwestern Oregon, U.S. The state’s largest city, it lies just south of Vancouver, Washington, on the Willamette River near its confluence with the Columbia River, about 100 miles (160 km) by river from the Pacific Ocean. Portland is the focus of a large surrounding urban area that, in addition to Vancouver, includes such Oregon cities as Beaverton and Gresham. Inc. 1851.
Portland, Oregon’s largest city, sits on the Columbia and Willamette rivers, in the shadow of snow-capped Mount Hood. It’s known for its parks, bridges and bicycle paths, as well as for its eco-friendliness and its microbreweries and coffeehouses. Iconic Washington Park encompasses sites from the formal Japanese Garden to Oregon Zoo and its railway. The city hosts thriving art, theater and music scenes.
Area: 375.5 km²
Elevation: 15 m
Download royalty free, editable vector maps of Portland Oregon in high resolution digital PDF and Adobe Illustrator format.