Vector Maps of the Staten Island : island and borough, New York City, southeastern New York state, U.S. The island lies in New York Harbor south of Manhattan and between New Jersey and Brooklyn. With several smaller islands it forms Richmond county and the Staten Island borough of New York City. Roughly triangular, the island has about 35 miles (56 km) of waterfront and an area of almost 60 square miles (155 square km). It is connected with Manhattan by the Staten Island Ferry, which carries passengers and automobiles; with New Jersey by several bridges; and with Brooklyn by the Verrazano-Narrows Bridge. The opening of the latter in 1964 spurred considerable development of the island.
Land area: 152 km²
Download royalty free, editable vector maps of Staten Island New York City in high resolution digital PDF and Adobe Illustrator format. 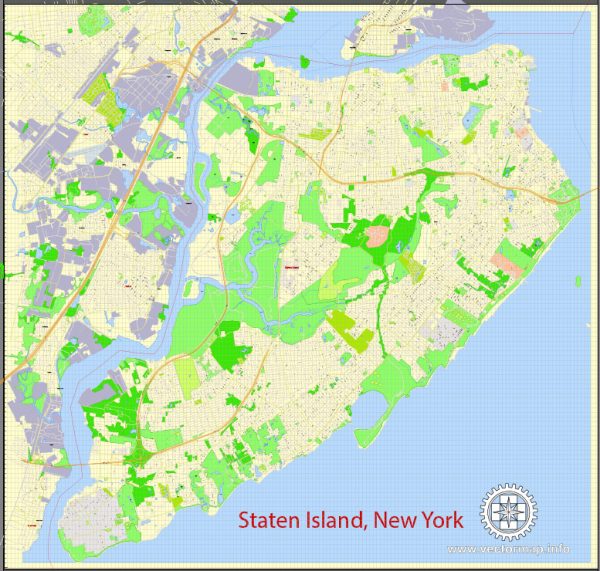