Vector Maps of the Phoenix : city, seat (1871) of Maricopa county and capital of Arizona, U.S. It lies along the Salt River in the south-central part of the state, about 120 miles (190 km) north of the Mexico border and midway between El Paso, Texas, and Los Angeles, California. The Salt River valley, popularly called the Valley of the Sun, includes not only Phoenix but also nearby cities such as Mesa, Scottsdale, and Tempe. Phoenix plays a prominent role in the economy of the Mountain West region of the country, serving as a financial, communications, and transportation hub.
Area:
• State Capital: 519.28 sq mi (1,344.94 km2)
• Land: 518.27 sq mi (1,342.30 km2)
• Water: 1.02 sq mi (2.63 km2)
Download royalty free, editable vector maps of Phoenix Arizona in high resolution digital PDF and Adobe Illustrator format. 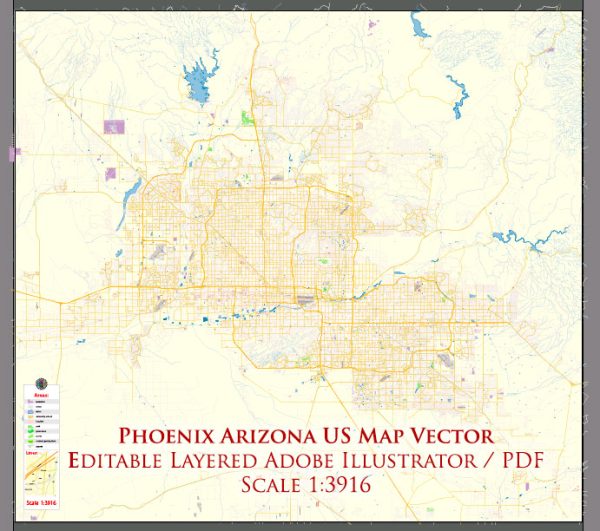 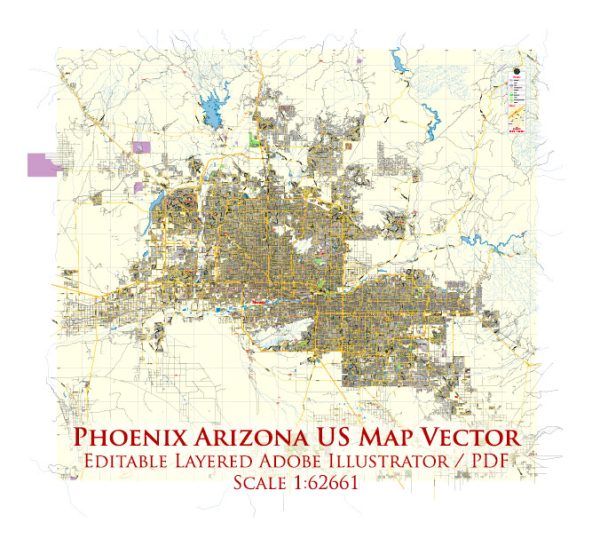 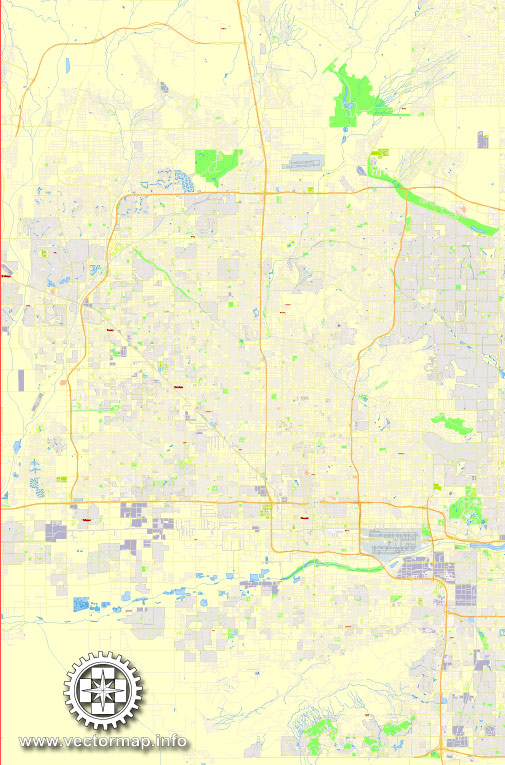 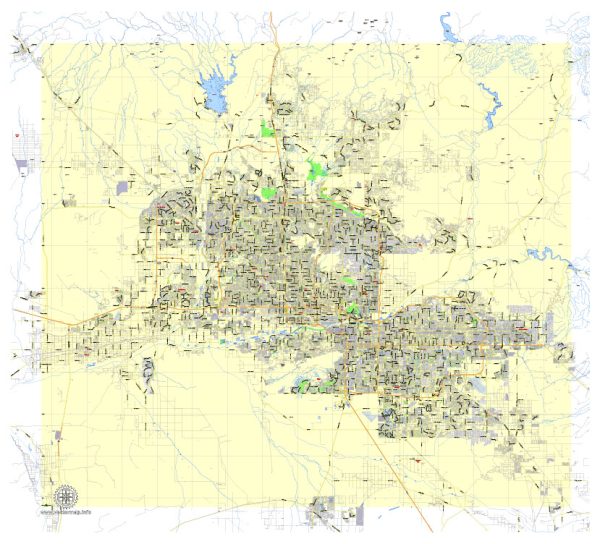 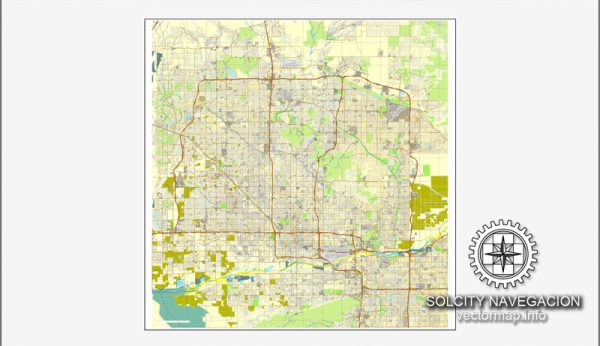