Vector Maps of the Louisville : largest city in Kentucky, U.S., and the seat of Jefferson county, opposite the Falls of the Ohio River. Louisville is the center of a metropolitan area including Jefferson county in Kentucky and Clark and Floyd counties in Indiana. Bridges spanning the Ohio link the city with New Albany and Jeffersonville, Indiana. Following a referendum passed in 2000, the city and Jefferson county merged in 2003, thereby more than doubling the city’s population and increasing its area more than sixfold.
Area:
• Consolidated city-county: 397.68 sq mi (1,030 km2)
• Land: 380.46 sq mi (985.4 km2)
• Water: 17.23 sq mi (44.6 km2)
Download royalty free, editable vector maps of Louisville Kentucky in high resolution digital PDF and Adobe Illustrator format. 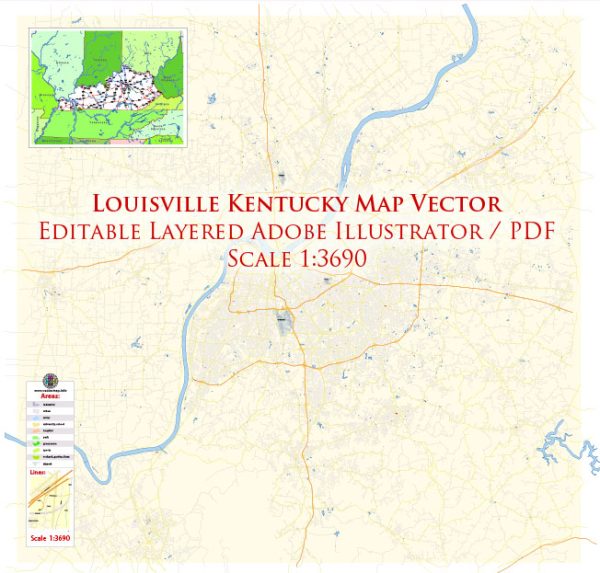 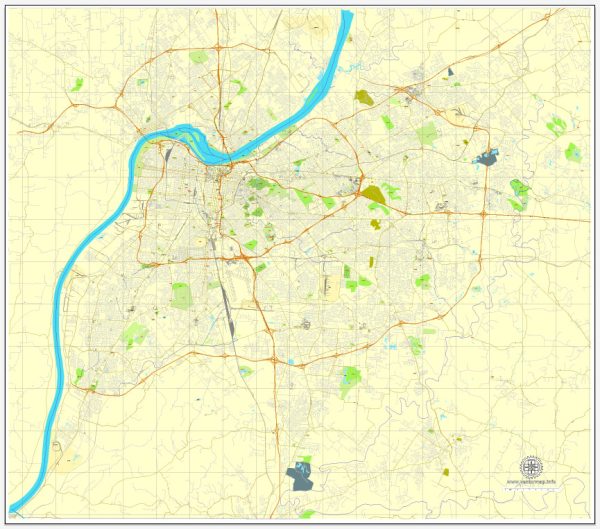 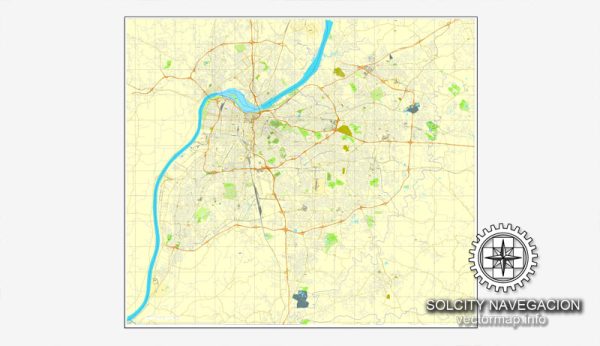