Vector Maps of the Cardiff : the capital and largest city of Wales. It forms a principal area, officially known as the City and County of Cardiff, and the city is the eleventh-largest in the United Kingdom.
Area: 140.3 km²
Vector Maps of the Newport : a city and county borough in Wales, situated on the River Usk close to its confluence with the Severn Estuary, 12 miles northeast of Cardiff. Newport is the third-largest authority with city status in Wales, and seventh most populous overall.
Area: 217.7 km²
Elevation: 16 m
Download royalty free, editable vector maps of Cardiff and Newport United Kingdom in high resolution digital PDF and Adobe Illustrator format. 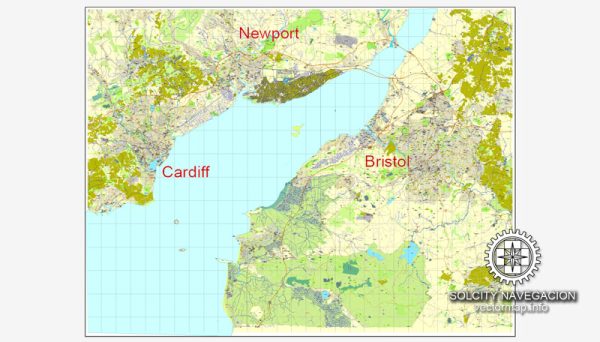 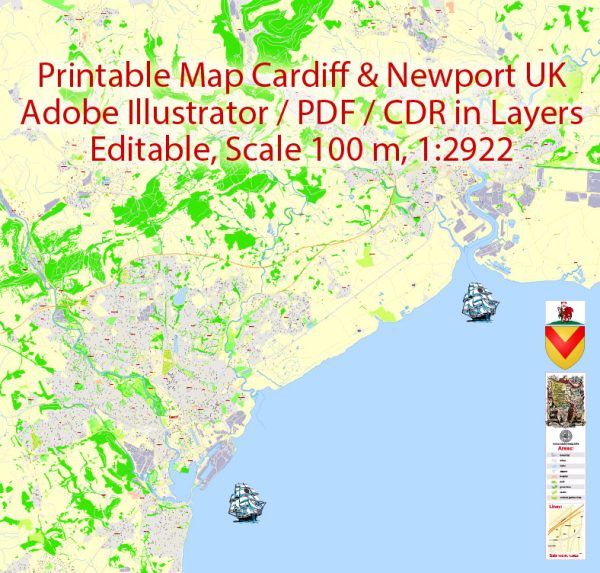 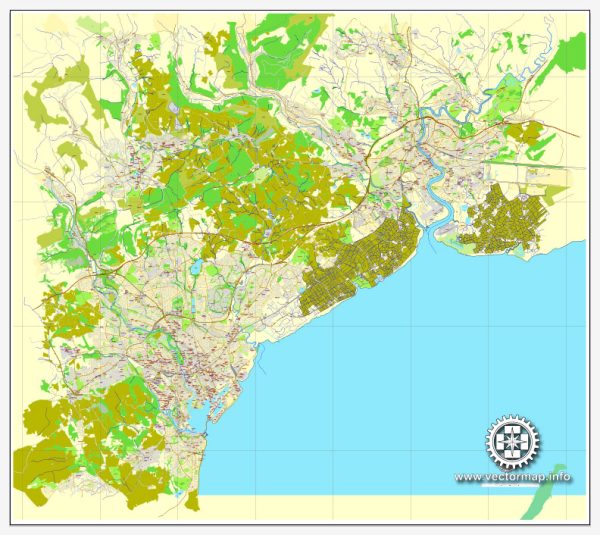