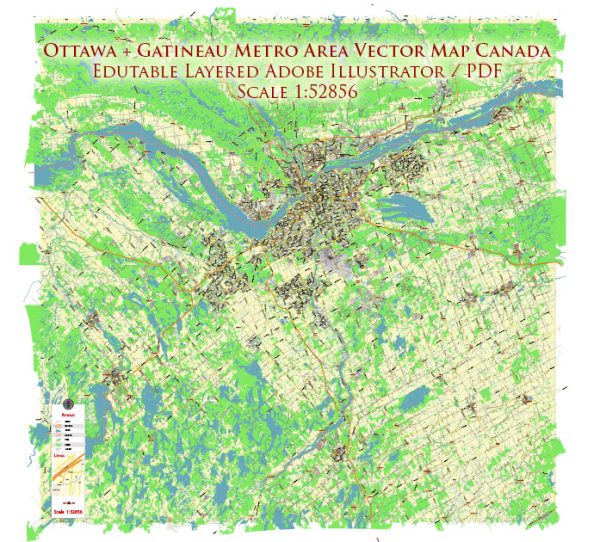 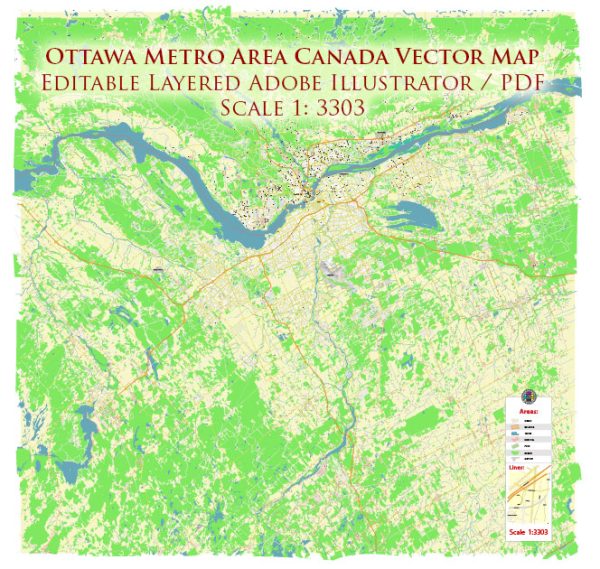 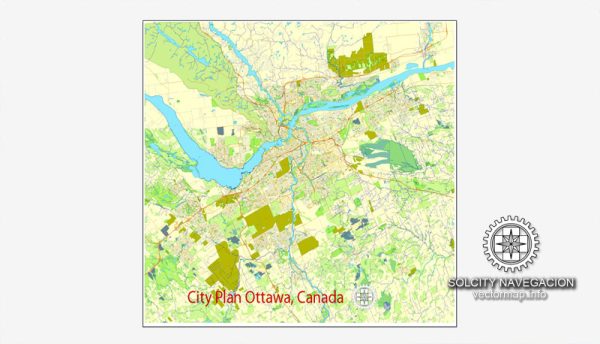 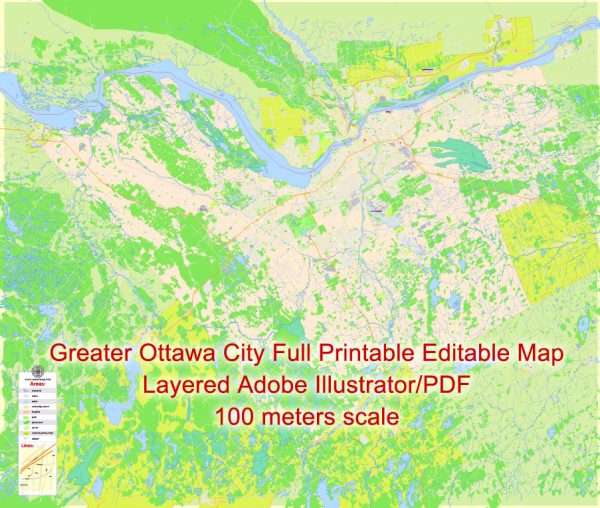 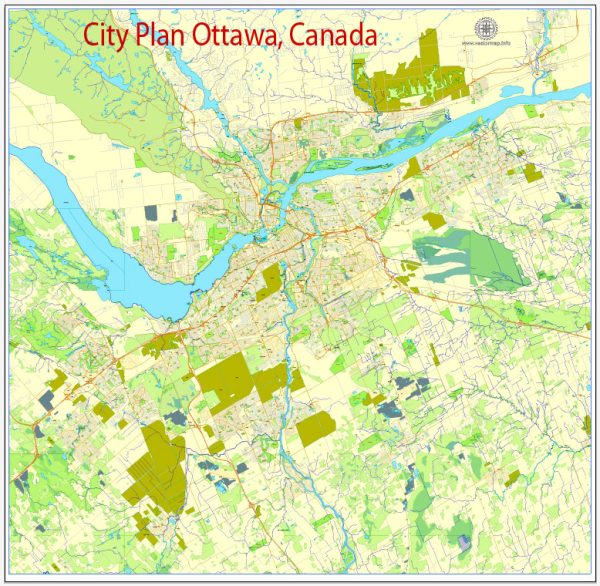 Vector Maps of the Ottawa : city, capital of Canada, located in southeastern Ontario. In the eastern extreme of the province, Ottawa is situated on the south bank of the Ottawa River across from Gatineau, Quebec, at the confluence of the Ottawa (Outaouais), Gatineau, and Rideau rivers. The Ottawa River (some 790 miles [1,270 km] long), the principal tributary of the St. Lawrence River, was a key factor in the city’s settlement and development; its watershed, covering more than 57,000 square miles (148,000 square km), facilitated the transport of resources such as furs, timber, and minerals from the region. The river’s Chaudière Falls, just west of the Rideau Canal, while initially a navigational hazard for the fur trade and later for the transport of logging rafts, ultimately proved to be an asset in the production of hydroelectric power for the city and a boon to the growth of industry.

All of our editable Ottawa, Ontario vector maps are digital files,
which can be instantly downloaded in editable PDF or Adobe Illustrator format.
Objects on maps are usually divided into layers according to their types – lines, polygons, street names, object names (see map description!!!!)
Each of our Ottawa, Ontario digital maps is available in Adobe Illustrator or editable PDF format, (or on request in any other known format for the same price)
which use a vector approach to display images,
you can easily enlarge any part of our maps without compromising text, line or graphic quality,
with any increase or decrease ratio.
Using a vector graphics editor such as Adobe Illustrator, CorelDraw, Inkscape, or Freehand
you can easily crop parts of the map, add custom characters, and change colors and font attributes as needed.
We have a variety of Ottawa, Ontario vector maps with different levels of detail, from simple empty paths to highly detailed maps with roads and terrain layers.

Don’t see exactly what you’re looking for? Contact us to receive a special offer for an individual Ottawa, Ontario map for your project.