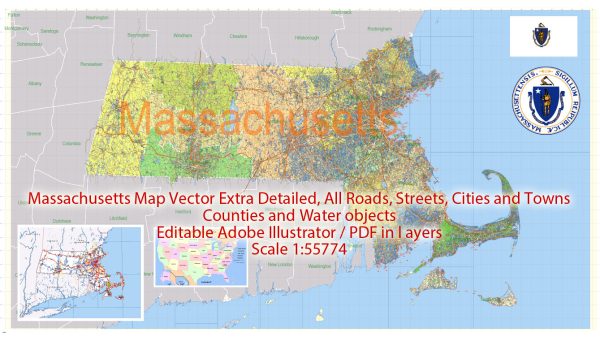 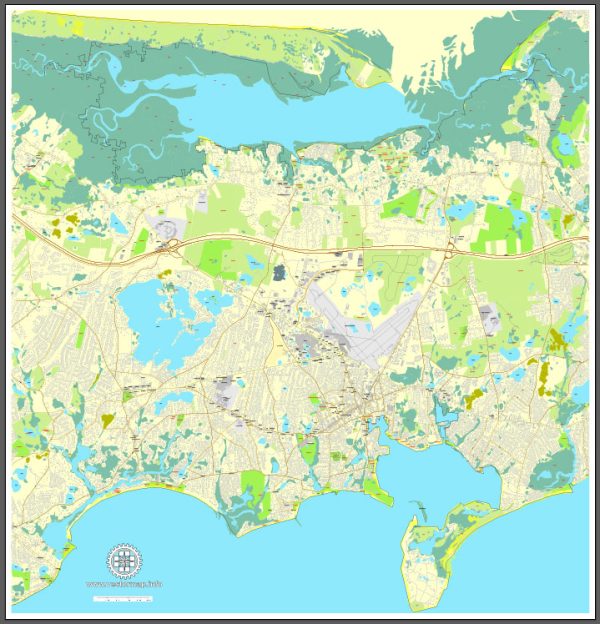 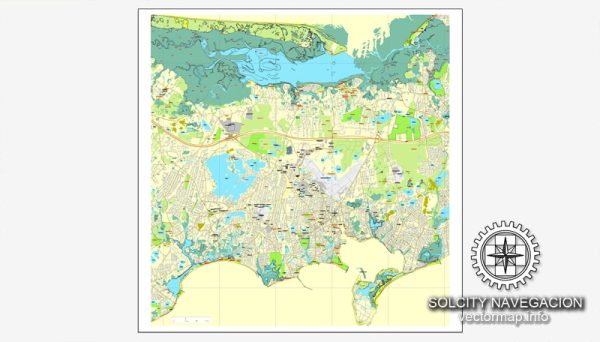 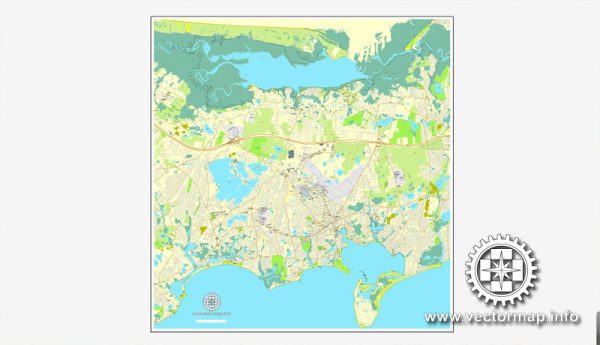 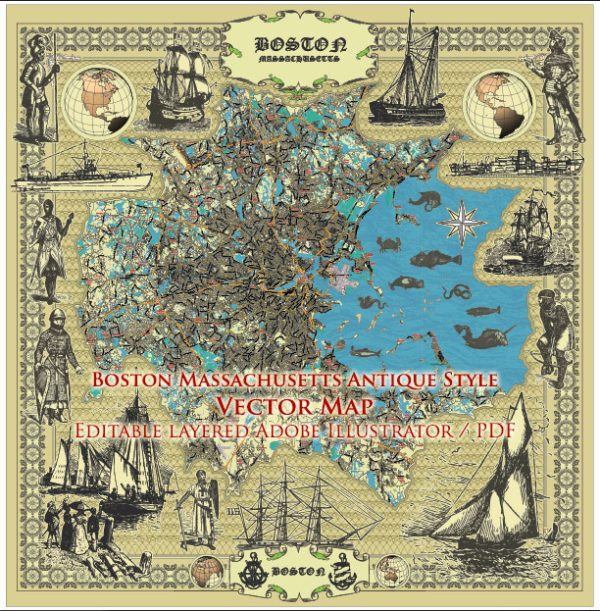 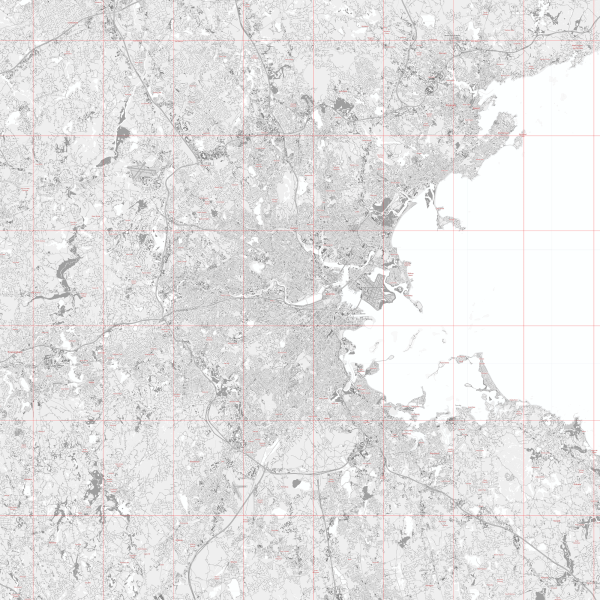 Vector Maps of the Massachusetts : officially the Commonwealth of Massachusetts, is the most populous state in the New England region of the United States. It borders on the Atlantic Ocean and Gulf of Maine to the east, Connecticut to the southwest and Rhode Island to the southeast, New Hampshire to the northeast, Vermont to the northwest, and New York to the west. The capital of Massachusetts is Boston, which is also the most populous city in New England. It is home to the Greater Boston metropolitan area, a region influential upon American history, academia, and industry. Originally dependent on agriculture, fishing and trade, Massachusetts was transformed into a manufacturing center during the Industrial Revolution. During the 20th century, Massachusetts’s economy shifted from manufacturing to services. Modern Massachusetts is a global leader in biotechnology, engineering, higher education, finance, and maritime trade.
Capital and largest city: Boston
Largest metro and urban areas: Greater Boston
Area
• Total 10,565 sq mi (27,337 km2)
• Land 7,840 sq mi (20,306 km2)
• Water 2,715 sq mi (7,032 km2) 26.1%
Area rank 44th
Dimensions
• Length 190 mi (296 km)
• Width 115 mi (184 km)
Elevation 500 ft (150 m)
Highest elevation Mount Greylock 3,489 ft (1,063.4 m)
Lowest elevation Atlantic Ocean 0 ft (0 m)
Population
• Total 7,121,754
• Rank 15th
• Density 897/sq mi (346/km2)

All of our editable Massachusetts US vector maps are digital files,
which can be instantly downloaded in editable PDF or Adobe Illustrator format.
Objects on maps are usually divided into layers according to their types – lines, polygons, street names, object names (see map description!!!!)
Each of our Massachusetts US digital maps is available in Adobe Illustrator or editable PDF format, (or on request in any other known format for the same price)
which use a vector approach to display images,
you can easily enlarge any part of our maps without compromising text, line or graphic quality,
with any increase or decrease ratio.
Using a vector graphics editor such as Adobe Illustrator, CorelDraw, Inkscape, or Freehand
you can easily crop parts of the map, add custom characters, and change colors and font attributes as needed.
We have a variety of Massachusetts US vector maps with different levels of detail, from simple empty paths to highly detailed maps with roads and terrain layers.

Don’t see exactly what you’re looking for? Contact us to receive a special offer for an individual Massachusetts US map for your project.