Vector Maps of the Indianapolis : city, seat (1822) of Marion county and capital of Indiana, U.S. It lies on the White River at its confluence with Fall Creek, near the center of the state. The city is built on a level plain surrounded by low, gently sloping hills. It is a planned municipality, its layout resembling that of Washington, D.C., with radiating streets that converge on Monument Circle at the city center. The climate is typical of the east-central Midwest, with warm to hot summers and cold winters; precipitation is moderate and spread fairly evenly throughout the year.
Area:
• State capital and consolidated city-county: 367.97 sq mi (953.03 km2)
• Land: 361.66 sq mi (936.70 km2)
• Water: 6.30 sq mi (16.33 km2)
Download royalty free, editable vector maps of Indianapolis Indiana in high resolution digital PDF and Adobe Illustrator format. 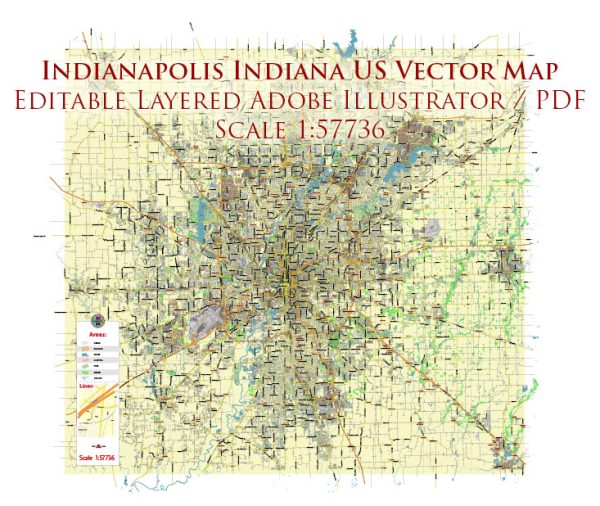 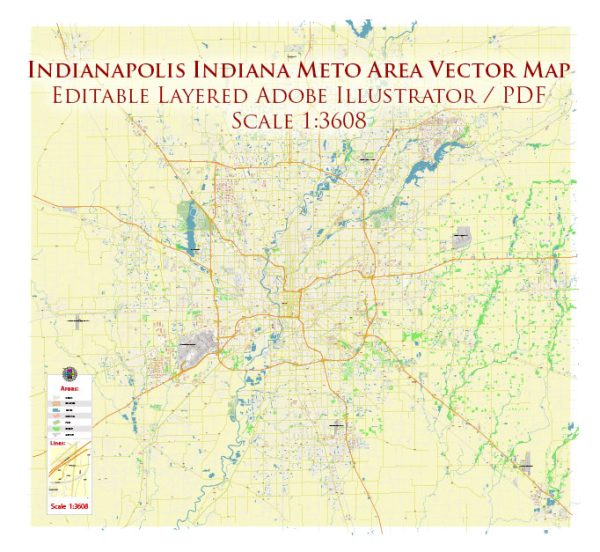 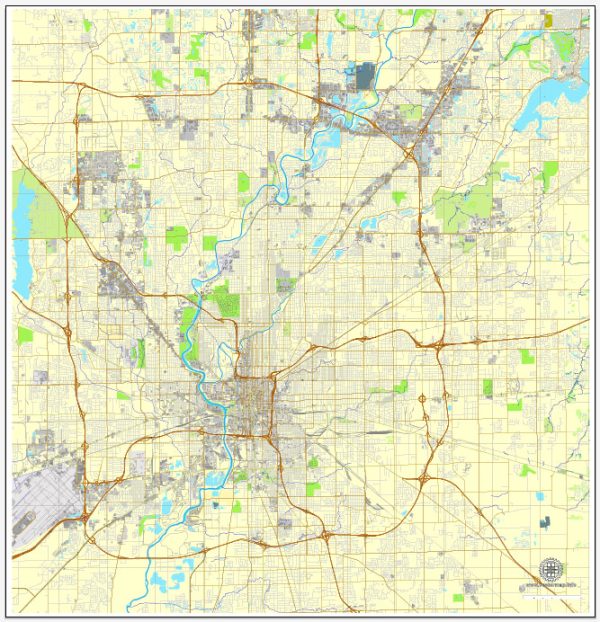 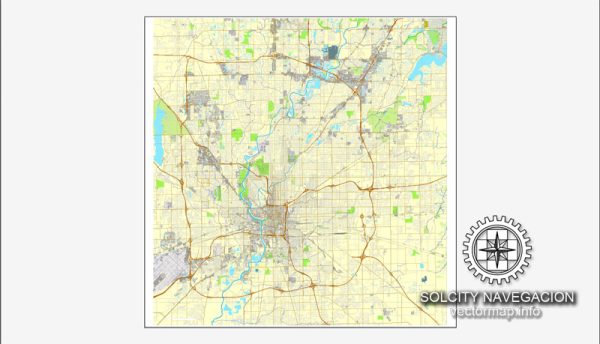