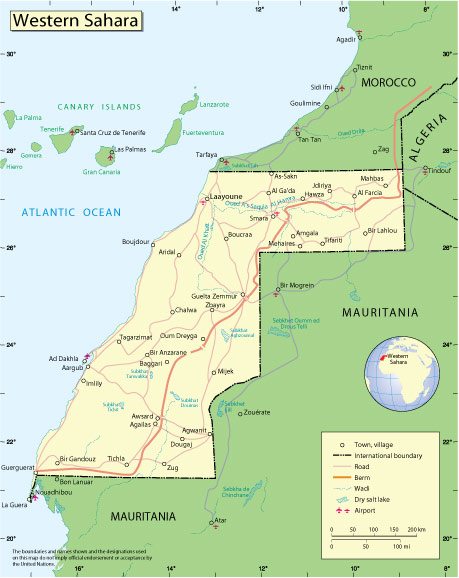 West Sahara
Western Sahara is a disputed territory in North Africa. The area is approximately 266,800 km². In the north it borders on Morocco, in the northeast – on Algeria, in the east and south – on Mauritania; from the west it is washed by the Atlantic Ocean. The largest city is El Aaiun.
Capital: El Aaiun
Area: 266,000 km²
Date of foundation: November 14, 1975