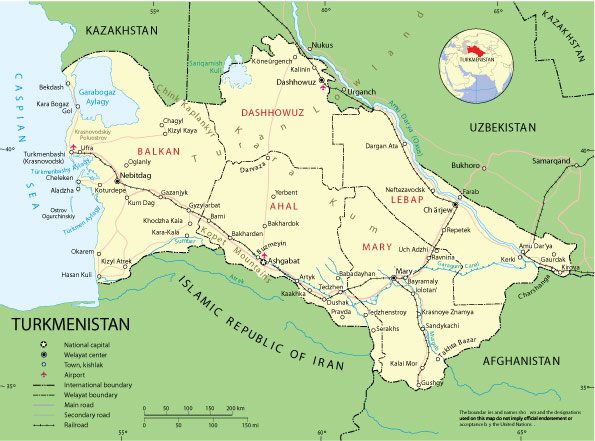 Turkmenistan
Country, Central Asia
Turkmenistan is a country in Central Asia, washed by the waters of the Caspian Sea. A significant area of ​​the country is occupied by the Karakum desert. Here are the ruins of the ancient settlements of Nisa and Merv, through which the Great Silk Road once ran. Ashgabat, the capital of Turkmenistan, was rebuilt in the Soviet style in the middle of the 20th century. Subsequently, the architectural landscape of the city was supplemented by grandiose monuments in honor of the former president of the country, Saparmurat Niyazov.
Capital: Ashgabat
Area: 488,099 km²
Population: 6.031 million