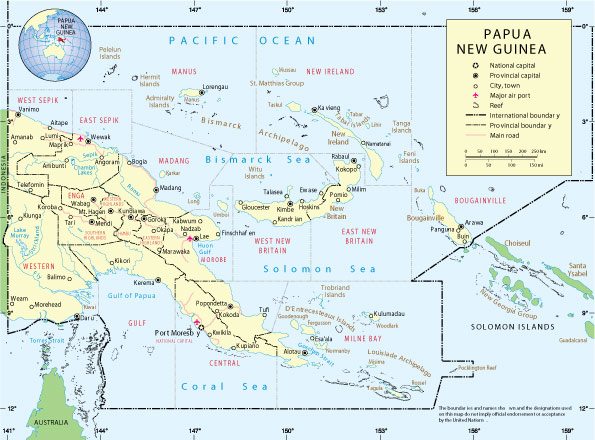 Papua New Guinea
Country in Oceania. See also: Full version maps of Papua New Guinea
Papua New Guinea is a country in the southwest Pacific Ocean, occupying the eastern part of the island of New Guinea and several nearby islands. It is famous for its diverse flora and fauna, beaches and coral reefs. The inland is home to active volcanoes, the granite Mount Wilhelm and dense rainforests, as well as numerous hiking trails, including the Kokoda Trail. Here are the villages of local tribal communities, many of which use their own languages.
Capital: Port Moresby
Area: 462,840 km²
Population: 8.947 million