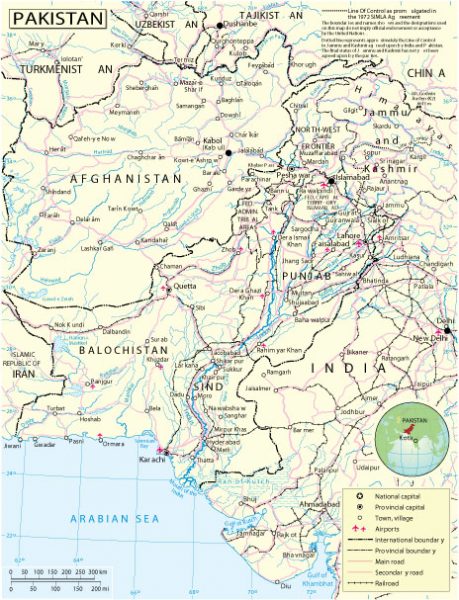 Pakistan
Country in South Asia See also: Full version maps of Pakistan
Pakistan, the full name is the Islamic Republic of Pakistan, is a state in South Asia, formed as a result of the division of British India in 1947.
Capital: Islamabad
Area: 796,095 km²
Population: 220.9 million

The Muslim-majority state of Pakistan was born out of the partition of the Indian sub-continent in 1947, and has faced both domestic political upheavals and regional confrontations.

Created to meet the demands of Indian Muslims for their own homeland, Pakistan was originally made up of two parts.

The break-up of the two wings came in 1971 when the Bengali-speaking east wing seceded with help from India.
http://www.bbc.com/news/world-south-asia-12965779