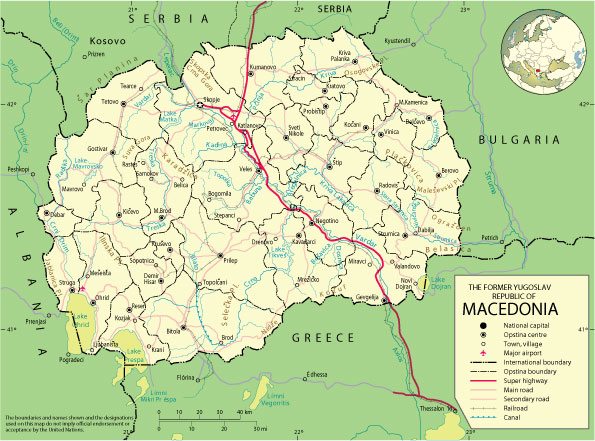 Macedonia was spared the inter-ethnic violence that raged elsewhere in the Balkans following the break-up of Yugoslavia in the early 1990s but it came close to civil war a decade after independence.

Rebels staged an uprising in early 2001, demanding greater rights for the ethnic Albanian minority. The conflict created a wave of refugees and the rebels made territorial gains.

After months of skirmishes, EU and Nato support enabled the president, Boris Trajkovski, to strike a peace deal. Under the Ohrid agreement, Albanian fighters laid down their arms in return for greater ethnic-Albanian recognition within a unitary state.

The country’s name remains a contentious issue. It is still referred to as the Former Yugoslav Republic of Macedonia (FYROM) at the United Nations.

International recognition of the country’s split from Yugoslavia in 1991 was held up over Greek fears that its name implied territorial ambitions toward the northern Greek region of Macedonia.