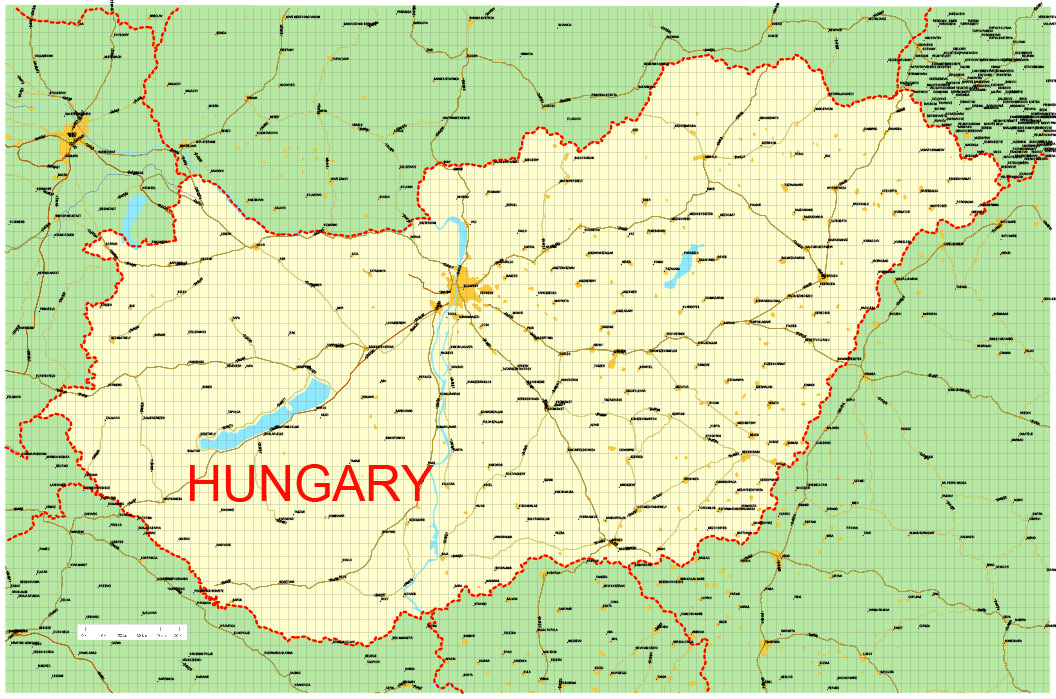 Hungary
Country in Europe See also: Full version maps of Hungary
Hungary is a landlocked country in Central Europe with its capital in Budapest, through the center of which flows the Danube River. The city is known for its many architectural monuments, including the medieval Castle Hill in the Buda area, the majestic neoclassical buildings on Andrássy Avenue in Pest, and the 19th-century Chain Bridge. The culture of Hungary was greatly influenced by Roman and Turkish traditions, so the country has a very popular holiday at mineral springs, including the thermal lake Heviz.
Capital: Budapest
Population: 9.75 million