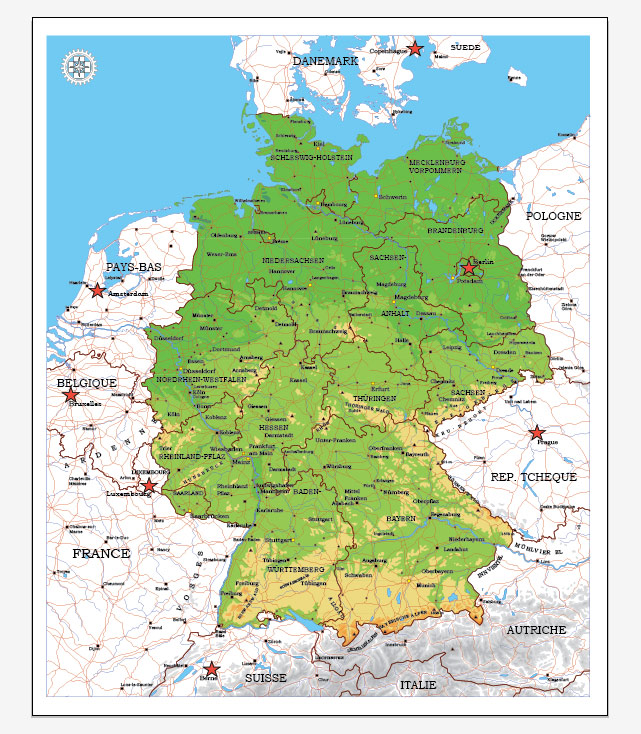 Germany
Country in Europe See also: Full version maps of Germany
Germany is a country in Western Europe with forests, rivers, mountain ranges and beach resorts in the North Sea. The history of the country covers a period of more than two thousand years. The capital, Berlin, is full of cultural and nightlife. Many sights of the city, in particular the Brandenburg Gate, are reminiscent of the events of World War II. Munich is famous for the Oktoberfest festival and beer restaurants. The most famous of them is the Hofbräuhaus, which opened in the 16th century. Frankfurt is a city of skyscrapers, it is here that the headquarters of the European Central Bank is located.
Capital: Berlin
Area: 357,588 km²
Population: 83.24 million