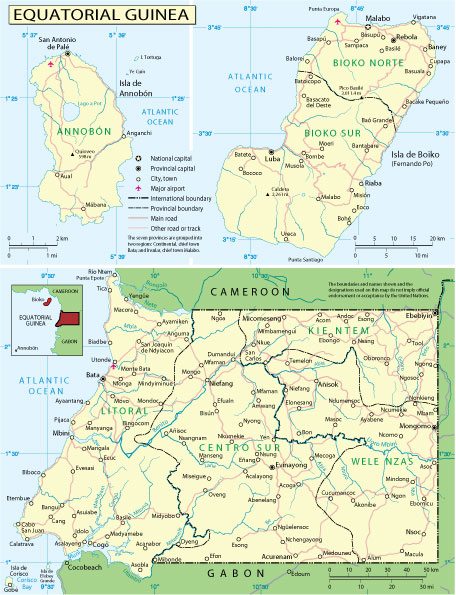 Equatorial Guinea is a small country on the west coast of Africa which struck oil in 1995 and which is now being cited as a textbook case of the resource curse – or the paradox of plenty.
It is made up of a mainland territory called Rio Muni, and five islands including Bioko, where the capital Malabo is located.
Since the mid 1990s the former Spanish colony has become one of sub-Sahara’s biggest oil producers but a large proportion of the population still lives in poverty.
Rights organisations have described the two post-independence leaders as among the worst abusers of human rights in Africa.
The first president Francisco Macias Nguema’s reign of terror – from independence in 1968 until his overthrow in 1979 – prompted a third of the population to flee.