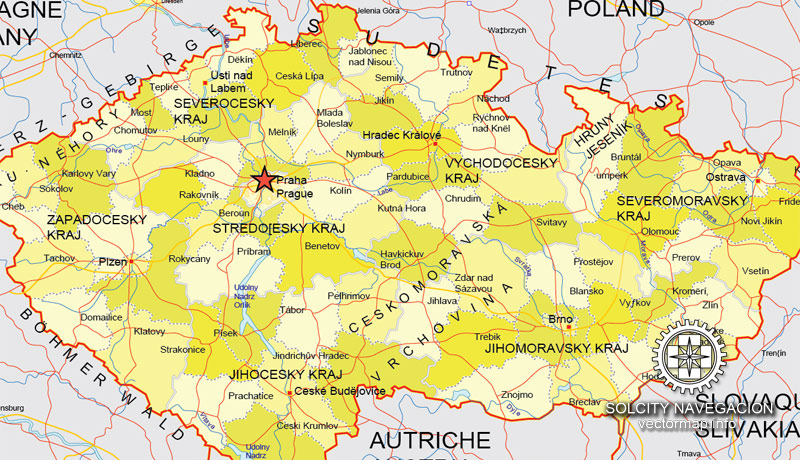 Czechia
Country in Europe See also: Full version maps of Czech Republic
The Czechia, better known as the Czech Republic, is a country in Central Europe famous for its ornate castles, rich history and beer. The main attractions of Prague, the capital of the country, are the Prague Castle of the 9th century – a well-preserved medieval part of the city – and Charles Bridge with its statues. Cesky Krumlov, a small town in South Bohemia, is notable for its architecture, which combines Gothic, Renaissance and Baroque. Its old buildings are full of shops and restaurants.
Capital: Prague
Population: 10.7 million