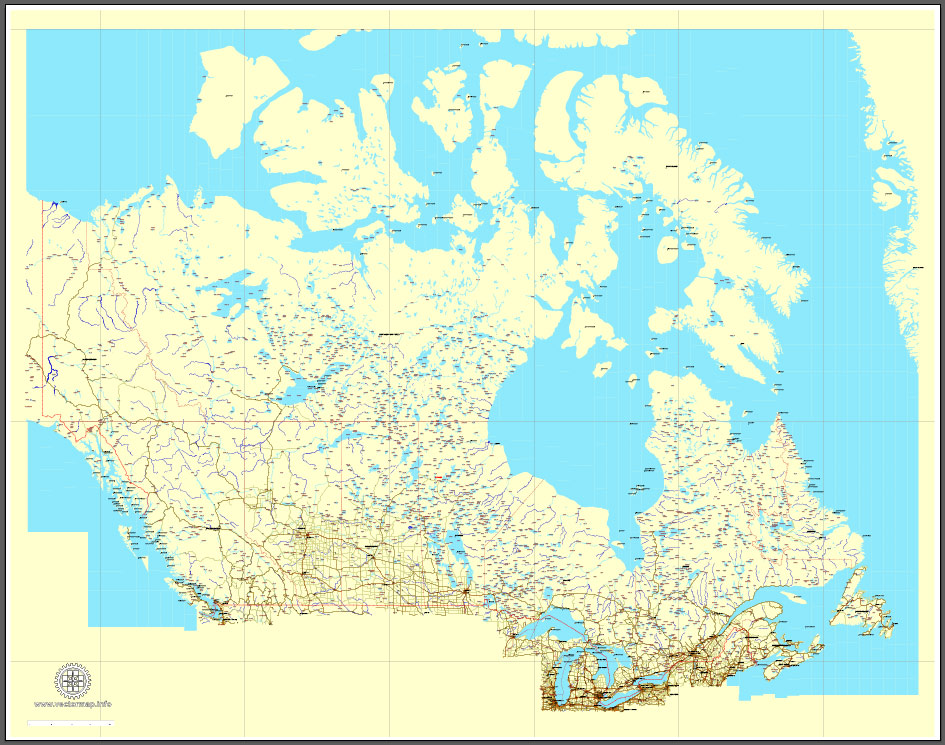 Canada
Country in North America. See also: Full version maps of Canada
Canada is a North American country stretching from the US border in the south to the Arctic Circle in the north. The largest cities are crowded Toronto, the center of the film industry located on the west coast, Vancouver, French-speaking Montreal and Quebec, and the capital of the country, Ottawa. A significant part of Canada is occupied by areas with wildlife, including Banff National Park in the Rocky Mountains with many lakes. In addition, the world-famous Niagara Falls is located here.
Capital: Ottawa
Area: 9,985,000 km²
Population: 38.01 million