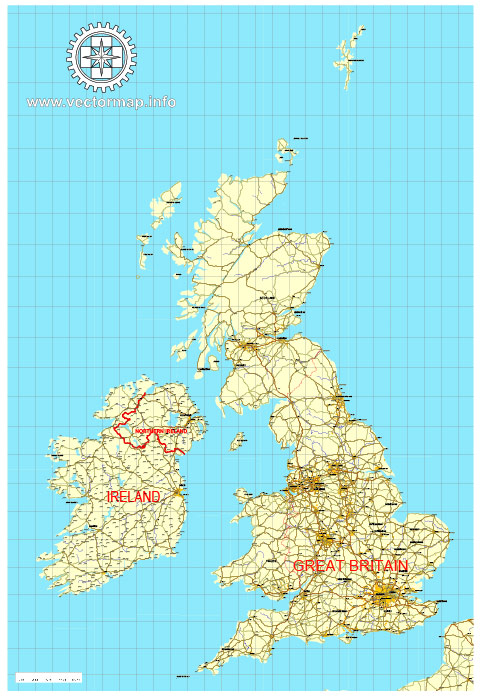 Great Britain See also: Full version maps of Great Britain
Great Britain is an island separated from continental Europe by the English Channel and the North Sea. English, Scots and Welsh live on its territory. The rich history of the island is evidenced by ancient ruins such as Stonehenge (Neolithic) and medieval castles at Warwick, Dover and Caernarvon. Of the Roman buildings on the island, Hadrian’s Wall was preserved, which separated the Roman part of Britain from the Scottish Lowland in the north.
Area: 209,331 km²
Population: 64.55 million

Ireland
Island in Europe See also: Full version maps of Ireland
Ireland is the third largest island in Europe and the twentieth largest island in the world; western of the two largest British Isles. The island is divided by the state border between the Republic of Ireland and the United Kingdom.
Area: 84,421 km²
Maximum length: 486 km
Maximum width: 275 km
Island group: British Isles