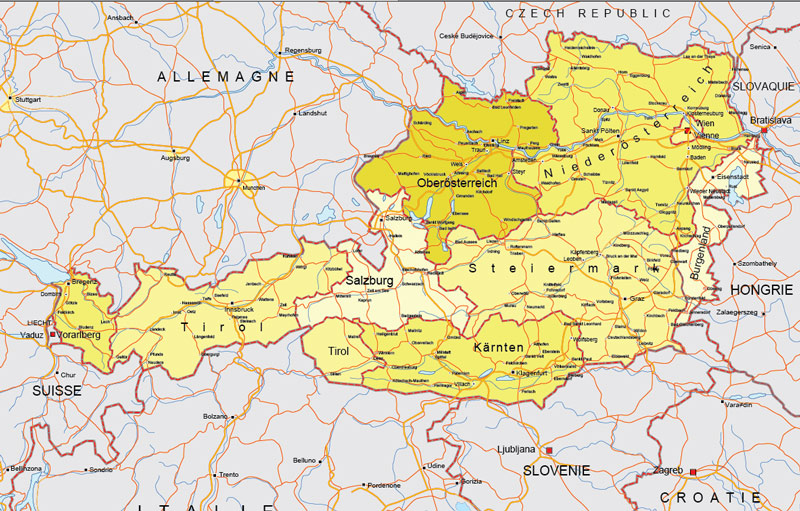 Austria
Country in Europe. See also: Full versions maps Austria
Austria is a Central European country with an imperial history, baroque architecture, mountain villages and an alpine landscape. The official language here is German. The capital of Austria – the city of Vienna – is located on the Danube River. Vienna is notable for its Schonbrunn and Hofburg palaces, as well as for the fact that such famous people as Wolfgang Amadeus Mozart, Johann Strauss and Sigmund Freud lived in it. Popular attractions in Austria are the Bohemian Forest in the north of the country, Lake Traunsee and the vineyards located in the east.
Capital: Vienna
Population: 8.917 million