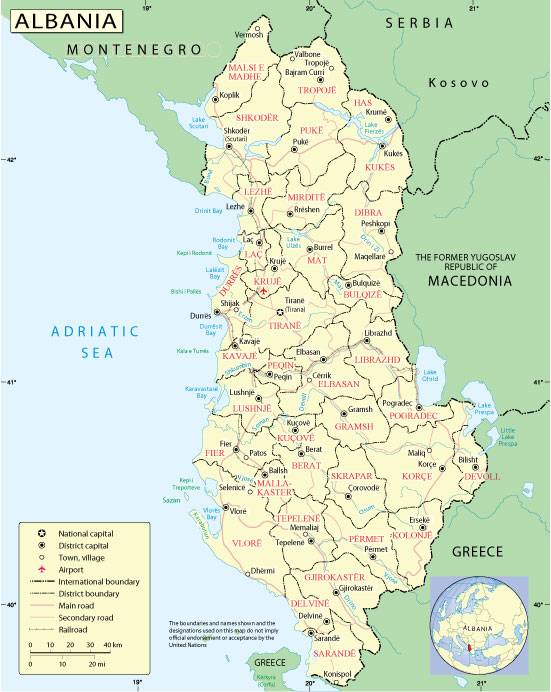 Albania
Country, Balkan Peninsula
Albania is a small state in the southeastern part of Europe, located on the Balkan Peninsula. It is washed by the Adriatic and Ionian Seas, and on its territory there is a mountain range known as the Albanian Alps. Albania is famous for its numerous castles and archaeological sites. In its capital, Tirana, the large Skanderbeg Square, the Efem Bay Mosque, as well as the National Museum, which exhibits exhibits from different eras, from ancient times to the post-communist period, deserve special attention.
Capital: Tirana
Population: 2.838 million