This vector map of Manila is used as a basis for design, editing, and further printing.

This is the most detailed, exact map of Manila for high-quality printing and polygraphy. You can always clarify the map development date by contacting us.

For your convenience, all objects on Manila vector map are divided into layers. And the editing is very easy – colors, lines, etc.

You can easily add any objects needed (e.g. shops, salons, sale points, gas station or attraction) on any layer of Manila vector map.

Manila is the capital of the Philippines. It is the most densely populated city proper in the world. It was the first chartered city by virtue of the Philippine Commission Act 183 on July 31, 1901 and gained autonomy with the passage of Republic Act No. 409 or the “Revised Charter of the City of Manila” on June 18, 1949. 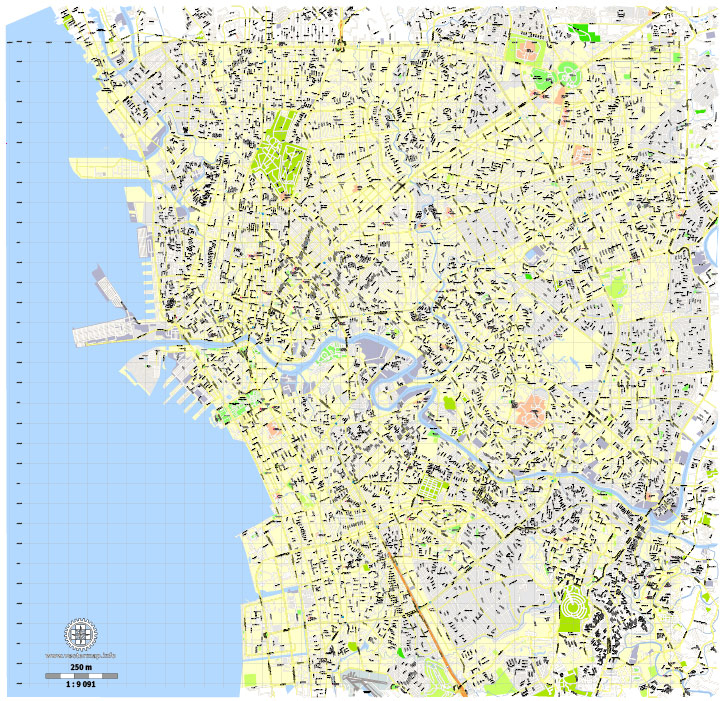 One of the advantages of Manila vector maps of our production is the relevance of cartographic data, we constantly update all our products.

This vector map of Manila is used by:
designers, layout designers, printers, advertisers and architects. Our product – vector maps – is designed for further editing and printing in large formats – from @Wall format (a few meters) to A-0 and A-1, A-2, A-3.

Advertising and presentation map of Manila (usually the final designer marks the routes, and puts the client’s objects (shops, saloons, gas stations etc.)
The undoubted advantage is that people will NEVER throw out this advertising product – the map. In fact, as an advertising medium, a map is the most “long-playing” of the well-known polygraphic advertising media, with the longest lifespan, and the maximum number of interactions with the customer.

Take a look, who purchases our vector maps of Manila in “Our Clients and Friends” page – these are large and small companies, from super-brands like Volvo and Starbucks, to small design studios and printing houses.

It’s very easy to work with vector maps of Manila, even for a not very experienced designer who can turn on and off the map layers, add new objects, change the colors of fill and lines according to customer requirements.

The undoubted advantage of Manila vector maps in printing is an excellent and detailed visualization, when customer can expand a large paper map and instantly define his location, find a landmark, an object or address on map, unlike using the popular electronic formats of Google and Yandex maps for example.

Printable vector maps of Manila are much more convenient and efficient than any electronic maps on your smartphone, because ALL DETAILS are displayed in the entire space of Manila map.

You will probably want to change the color scheme used on our Manila vector map.

To quickly and effectively play with colors.
Of course, you can do it manually, all objects in our Manila vector map are divided according to types and layers, and you can easily change the color gamma of vector objects in groups and layers.

But there is more effective way of working with the whole VECTOR MAP of Manila and all layers:

If you have selected a part or a layer of Manila vector map and open the dialog box by clicking the icon in the Control panel, on the Samples palette or the Color Catalog, or if you choose Edit > Edit Colors> Repaint Graphic Object, then the «Repaint Graphic Object» dialog box appears, and you get access to «Assign» and «Edit» tabs.

«Edit»
The «Edit» tab is designed to create a new or edit the existing color groups.
The harmony rules Menu and the Color Wheel are used to conduct experiments with color harmonies. The color wheel shows how colors are related in color harmony, and the color bars allow you to view and manipulate an individual color values. In addition, you can adjust the brightness, add and remove colors, save color groups and view colors on the selected Vector Map of Manila or a separated layers.

«Assign»
The «Assign» tab is used to view and control on how the original colors are replaced with colors from the color group like your corporate colors in the Vector Map of Manila.

The assign color ability is provided only if the entire map, layer or fragment is selected in the document. You can specify which of new colors replace the current colors, whether the spot colors should be preserved and how colors are replaced (for example, you can replace colors completely or changing the color tone while maintaining the brightness). The «Assign» tab allows you to redefine colors in the Vector Map of Manila, or in separate layers and fragments using the current color group or reducing the number of colors in the current Vector Map.

The term “Manila” is commonly used to refer to the whole metropolitan area, the greater metropolitan area or the city proper. The officially defined metropolitan area called Metro Manila, the capital region of the Philippines, includes the much larger Quezon City and the Makati Central Business District. It is the most populous region of the country, one of the most populous urban areas in the world, and is one of the wealthiest regions in Southeast Asia. The city proper is home to 1,780,148 people in 2015, and is the historic core of a built-up area that extends well beyond its administrative limits. With 71,263 people per square kilometer, Manila is also the most densely populated city proper in the world.

The city is located on the eastern shores of Manila Bay. The Pasig River flows through the middle of the city, dividing it into the north and south sections. Manila is made up of 16 administrative districts: Binondo, Ermita, Intramuros, Malate, Paco, Pandacan, Port Area, Quiapo, Sampaloc, San Andres, San Miguel, San Nicolas, Santa Ana, Santa Cruz, Santa Mesa and Tondo, while it is divided into six districts for its representation in Congress and the election of the city council members. In 2016, the Globalization and World Cities Research Network listed Manila as an “alpha –” global city. With a GDP of $276 billion, it makes up almost 28% of the national GDP.

The City of Manila is situated on the eastern shore of Manila Bay, on the western edge of Luzon, 1300 km from mainland Asia. One of Manila’s greatest natural resources is the protected harbor upon which it sits, regarded as the finest in all of Asia. The Pasig River flows through the middle of city, dividing it into the north and south. The overall grade of the city’s central, built-up areas, is relatively consistent with the natural flatness of its overall natural geography, generally exhibiting only slight differentiation otherwise. Almost all of Manila sits on top of centuries of prehistoric alluvial deposits built by the waters of the Pasig River and on some land reclaimed from Manila Bay. Manila’s land has been altered substantially by human intervention, with considerable land reclamation along the waterfronts since the American colonial times. Some of the city’s natural variations in topography have been evened out. As of 2013, Manila had a total area of 42.88 square kilometers.

In 2017, the City Government approved five reclamation projects: the New Manila Bay–City of Pearl (New Manila Bay International Community) (407.43 hectares), Solar City (148 hectares), the Manila Harbour Center expansion (50 hectares), Manila Waterfront City (318 hectares) and Horizon Manila (419 hectares). Once completed, it will increase the city’s total area from 42.88 km2 (4,288 ha) to 58.3 km2 (5,830 ha). Another reclamation project is possible and when built, it will contain the in-city housing relocation projects. Reclamation projects have been criticized by environmental activists and the Philippine Catholic Church, claiming that these are not sustainable and would put communities at risk of flooding. In line of the upcoming reclamation projects, the Philippines and the Netherlands forged a cooperation to craft the ₱250 million Manila Bay Sustainable Development Master Plan to guide future decisions on programs and projects on Manila Bay. 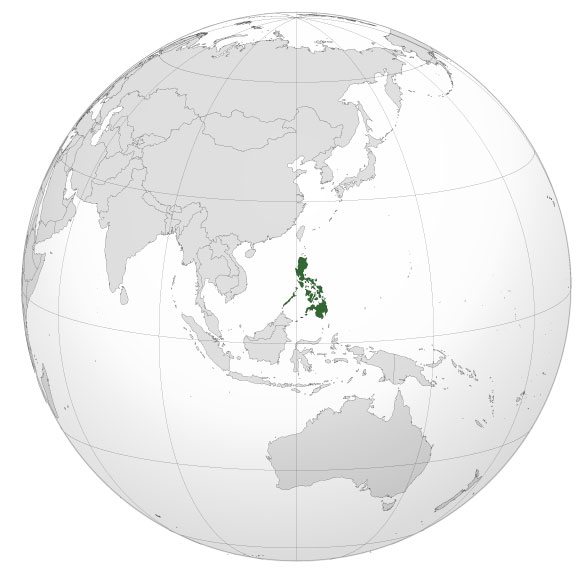 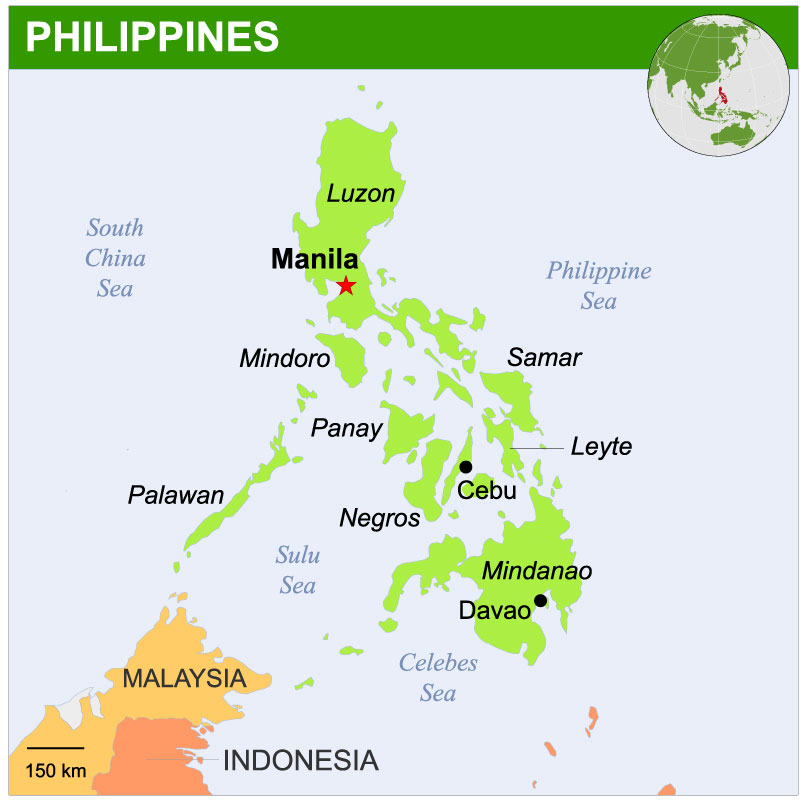 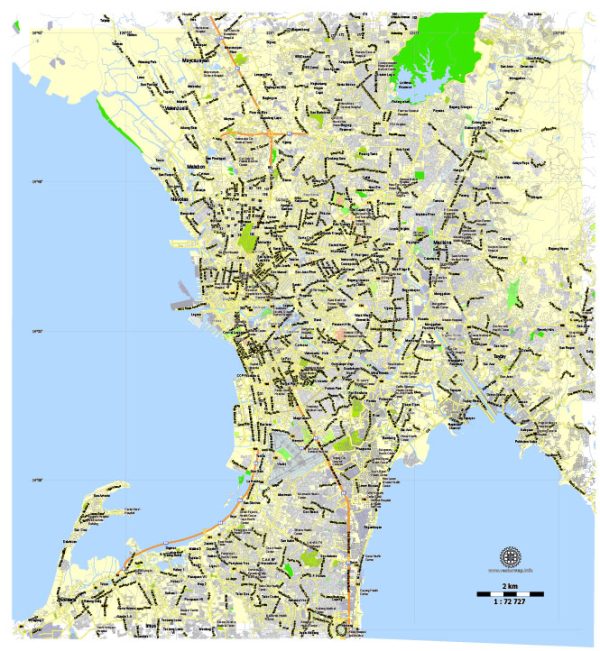 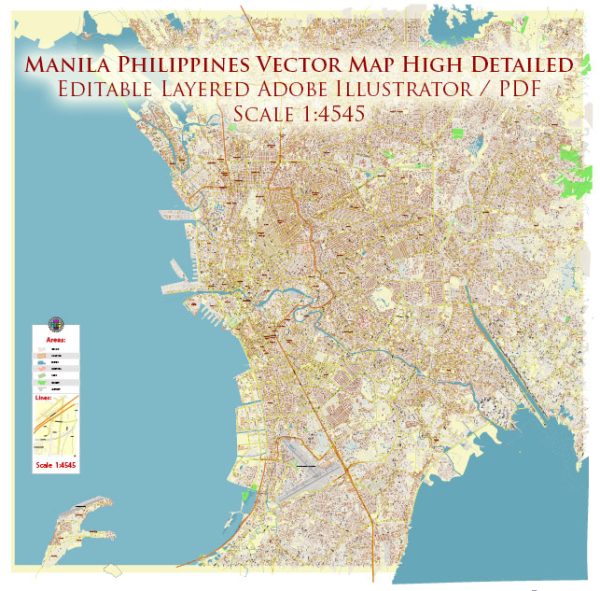 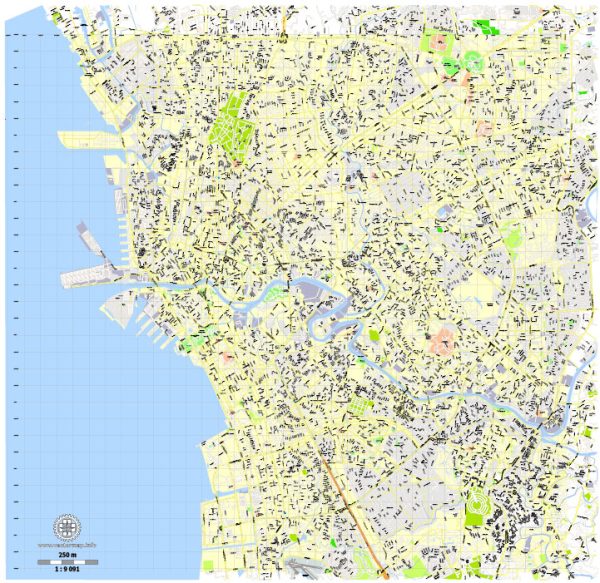