Vector Maps of the Washington, District of Columbia : city and capital of the United States of America. It is coextensive with the District of Columbia (the city is often referred to as simply D.C.) and is located on the northern shore of the Potomac River at the river’s navigation head — that is, the transshipment point between waterway and land transport. The state of Maryland borders the District of Columbia to the north, east, and west, and the state of Virginia borders the District on the southern shore of the Potomac River.
Area:
• Federal capital city and federal district: 68.34 sq mi (177.0 km2)
• Land: 61.05 sq mi (158.1 km2)
• Water: 7.29 sq mi (18.9 km2)
Highest elevation: 409 ft (125 m)
Lowest elevation: 0 ft (0 m)
Download royalty free, editable vector maps of Washington DC in high resolution digital PDF and Adobe Illustrator format. 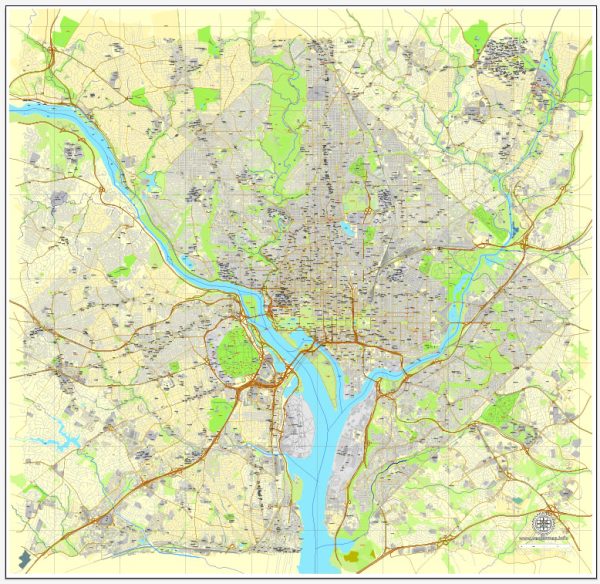 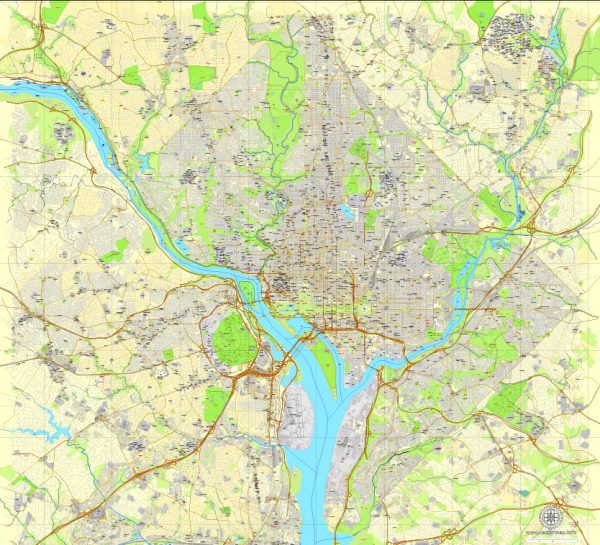