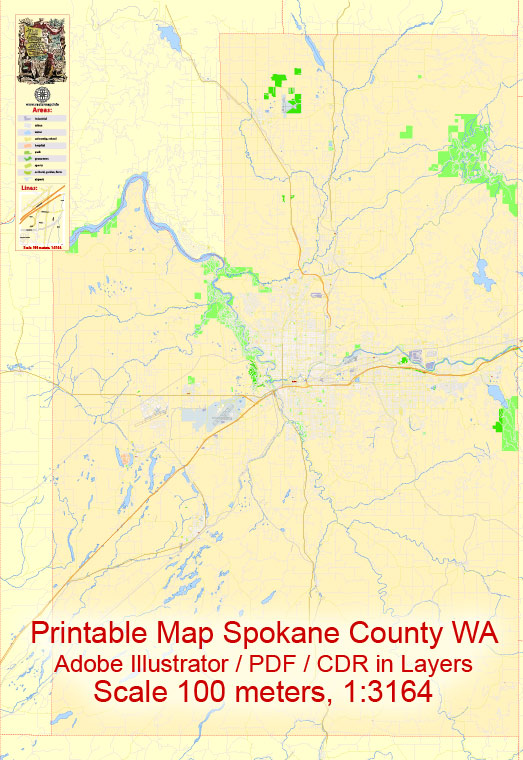 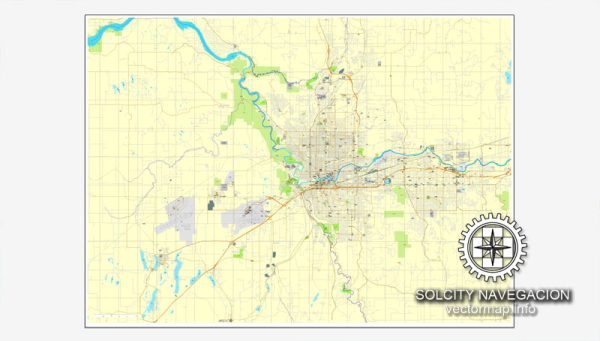 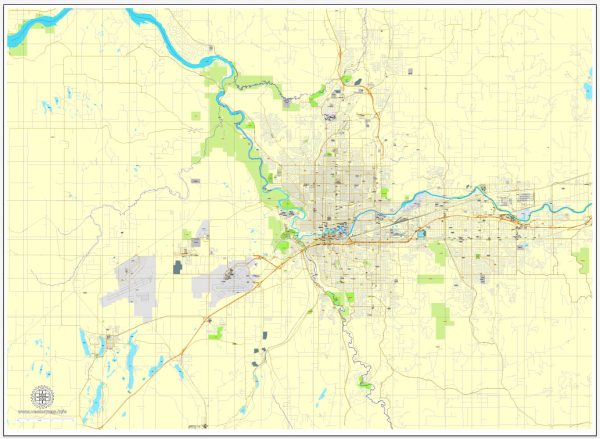 Vector Maps of the Spokane : city, seat (1879) of Spokane county, eastern Washington, U.S., at the falls of the Spokane River. Frequented by trappers when the North West Company built a trading post there in 1810, the site was settled in 1872 and laid out in 1878. Known as Spokane Falls (for the Spokane Indians, whose name means “sun people”), it developed after the arrival of the Northern Pacific Railway. Abundant waterpower and a rich hinterland (minerals, forests, and agriculture) encouraged growth as a trade and shipping point for an area (comprising eastern Washington, northern Idaho, northeastern Oregon, western Montana, and southern British Columbia) known as the “Inland Empire.” A disastrous fire destroyed much of the city in 1889. It was rebuilt and was reincorporated under its present name in 1900. Lumber, metal, and food-processing industries were established. Development of the nearby Coeur d’Alene mineral field (gold, silver, uranium, and copper, among others) and completion of the Grand Coulee Dam Project (1941) assured the city’s financial and industrial growth. Fairchild Air Force Base and the establishment of aluminum reduction and rolling mills (during World War II) have contributed to the economy. The city’s Riverfront Park was the site of Expo ’74. Portions of Spokane’s city center comprise a National Historic District.
Area:
• City: 69.50 sq mi (179.99 km2)
• Land: 68.76 sq mi (178.09 km2)
• Water: 0.74 sq mi (1.91 km2) 1.28%
Download royalty free, editable vector maps of Spokane Washington in high resolution digital PDF and Adobe Illustrator format.