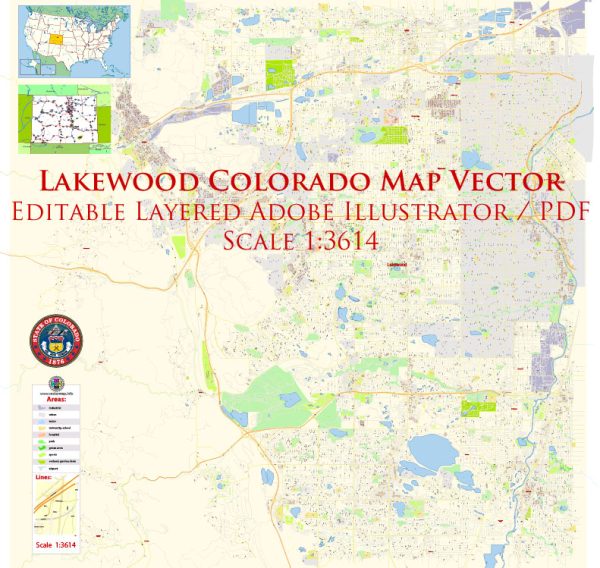 Vector Maps of  the City of Lakewood : the home rule municipality that is the most populous municipality in Jefferson County, Colorado, United States.  Lakewood is the fifth most populous city in Colorado and the 167th most populous city in the United States.
Lakewood is a suburb that lies just west of Denver, spanning to the base of the Rocky Mountains. It’s a mostly commercial strip, with its “downtown” section in a modern shopping district known as Belmar.
The town resides at 5,518 feet of elevation in Jefferson County.
Elevation: 1,682 m
Area: 115.6 km²
Download royalty free, editable vector maps of Lakewood Colorado in high resolution digital PDF and Adobe Illustrator format.