Vector Maps of the Turku : city on the southwest coast of Finland, straddles the Aura River. Dating from the 13th century, it’s known for Turku Castle, a medieval fortress with a history museum, perched at the river mouth. Restaurants line the cobbled riverside streets. On the eastern bank lies the Old Great Square, a former trade hub, surrounded by grand buildings. The nearby Turku Cathedral houses a royal tomb and a museum.
Land area: 243.4 km²
Download royalty free, editable vector maps of Turku Finland in high resolution digital PDF and Adobe Illustrator format. 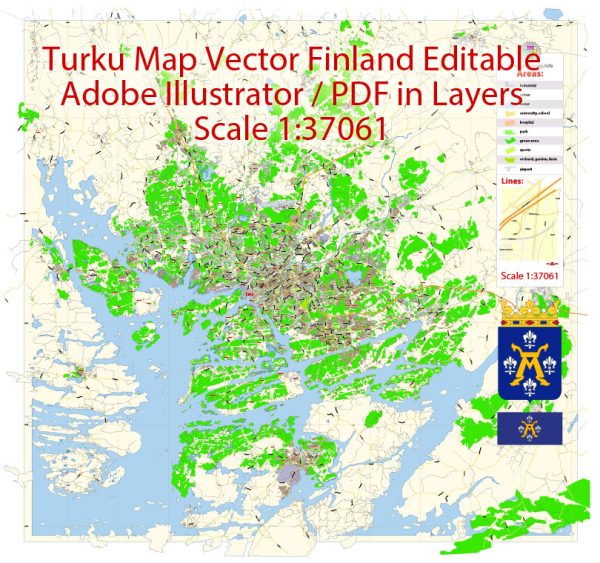 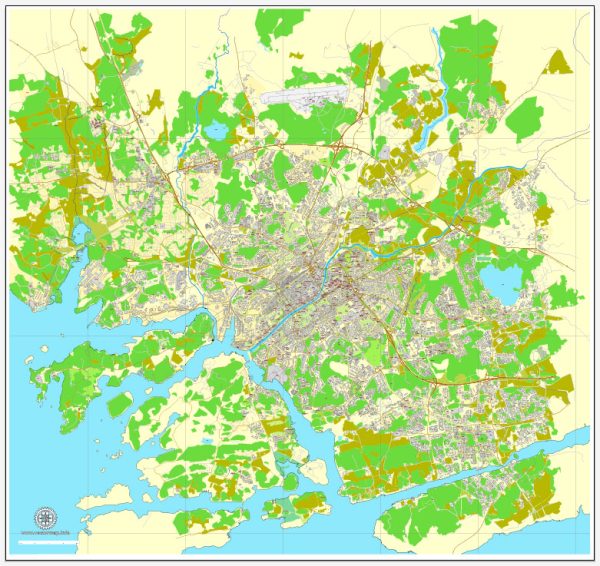