Vector Maps of the Kraków : southern Poland city near the border of the Czech Republic, is known for its well-preserved medieval core and Jewish quarter. Its old town – ringed by Planty Park and remnants of the city’s medieval walls – is centered on the stately, expansive Rynek Glówny (market square). This plaza is the site of the Cloth Hall, a Renaissance-era trading outpost, and St. Mary’s Basilica, a 14th-century Gothic church.
Area: 327 km²
Elevation: 219 m
Download royalty free, editable vector maps of Kraków Poland in high resolution digital PDF and Adobe Illustrator format. 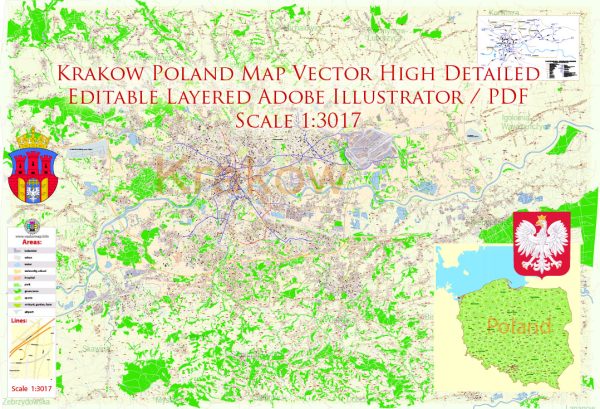 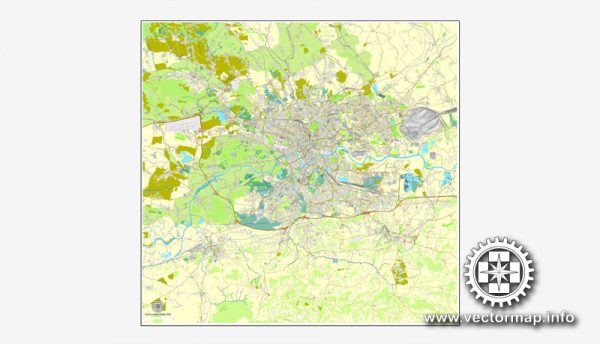