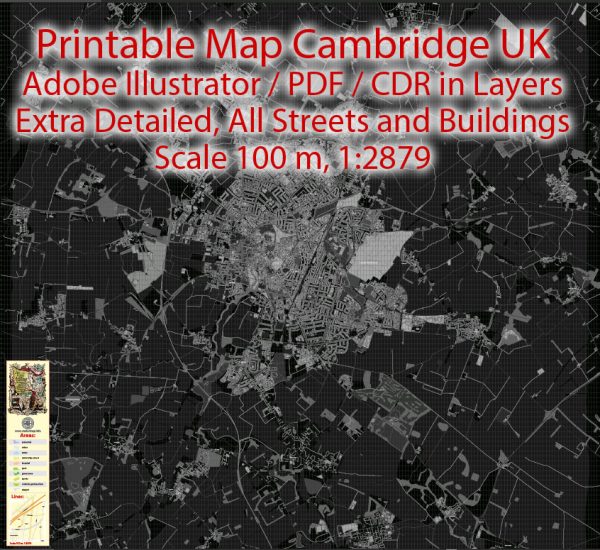 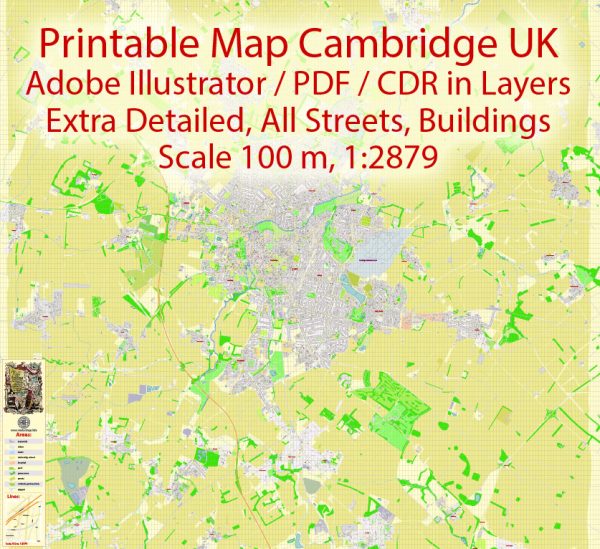 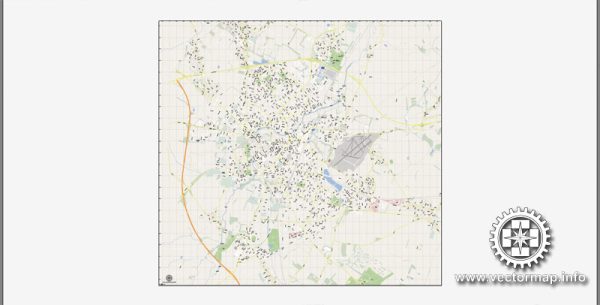 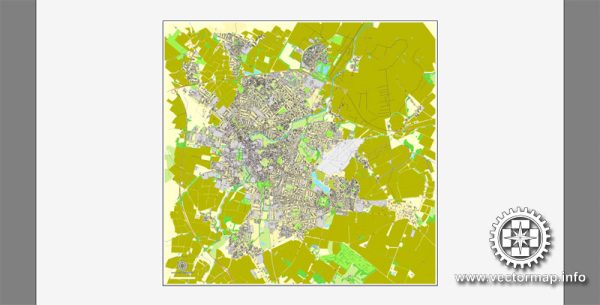 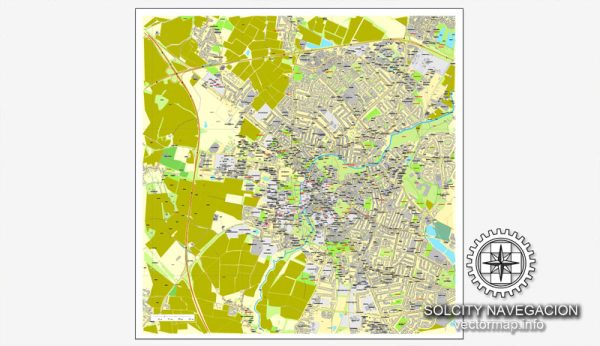 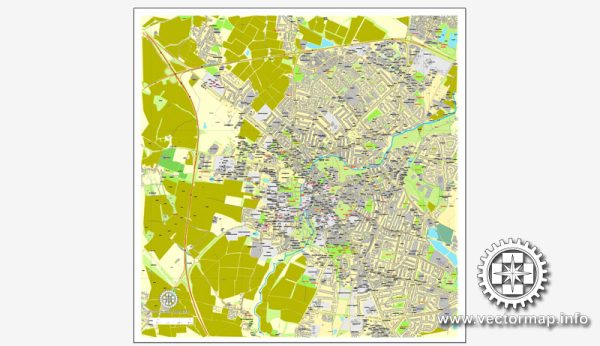 Vector Maps of the Cambridge : city (district), administrative and historic county of Cambridgeshire, England, home of the internationally known University of Cambridge. The city lies immediately south of the Fens country (a flat alluvial region only slightly above sea level) and is itself only 20 to 80 feet (6 to 24 metres) above sea level. Most of the city is built on the east bank of the River Cam, a tributary of the Ouse. Suburbs extend across the river, but modern development to the west has been largely restricted to university expansion.
Cambridge is a city on the River Cam in eastern England, home to the prestigious University of Cambridge, dating to 1209. University colleges include King’s, famed for its choir and towering Gothic chapel, as well as Trinity, founded by Henry VIII, and St John’s, with its 16th-century Great Gate. University museums have exhibits on archaeology and anthropology, polar exploration, the history of science and zoology.
Area: 40.7 km²
Elevation: 6 m

All of our editable Cambridge UK vector maps are digital files,
which can be instantly downloaded in editable PDF or Adobe Illustrator format.
Objects on maps are usually divided into layers according to their types – lines, polygons, street names, object names (see map description!!!!)
Each of our Cambridge UK digital maps is available in Adobe Illustrator or editable PDF format, (or on request in any other known format for the same price)
which use a vector approach to display images,
you can easily enlarge any part of our maps without compromising text, line or graphic quality,
with any increase or decrease ratio.
Using a vector graphics editor such as Adobe Illustrator, CorelDraw, Inkscape, or Freehand
you can easily crop parts of the map, add custom characters, and change colors and font attributes as needed.
We have a variety of Cambridge UK vector maps with different levels of detail, from simple empty paths to highly detailed maps with roads and terrain layers.

Don’t see exactly what you’re looking for? Contact us to receive a special offer for an individual Cambridge UK map for your project.