Vector Maps of the Vermont : constituent state of the United States of America. One of the six New England states lying in the northeastern corner of the country, it was admitted to the union on March 4, 1791, as the 14th state. It is sparsely populated, and its capital, Montpelier, is one of the least-populous U.S. state capitals. Vermont is bordered to the north by Quebec, Canada, to the east by New Hampshire, to the south by Massachusetts, and to the west by New York. From the Canadian to the Massachusetts border, the Connecticut River separates Vermont from New Hampshire. The river, from the mean low-water line on the western bank, is entirely within New Hampshire’s borders.
Area:
• Total: 9,616 sq mi (24,923 km2)
• Land: 9,250 sq mi (23,957.39 km2)
• Water: 382 sq mi (989 km2) 4.1%
Download royalty free, editable vector maps of Vermont State in high resolution digital PDF and Adobe Illustrator format. 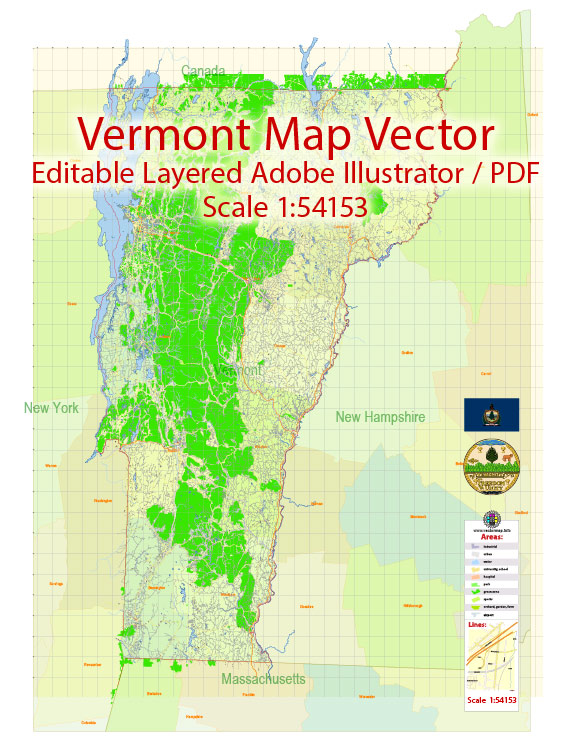