Vector maps of the Stockholm, the capital of Sweden, encompasses 14 islands and more than 50 bridges on an extensive Baltic Sea archipelago. The cobblestone streets and ochre-colored buildings of Gamla Stan (the old town) are home to the 13th-century Storkyrkan Cathedral, the Kungliga Slottet Royal Palace and the Nobel Museum, which focuses on the Nobel Prize. Ferries and sightseeing boats shuttle passengers between the islands.
Area: 188 km²
Elevation: 28 m
Download royalty free, editable vector maps of Stockholm Sweden in high resolution digital PDF and Adobe Illustrator format. 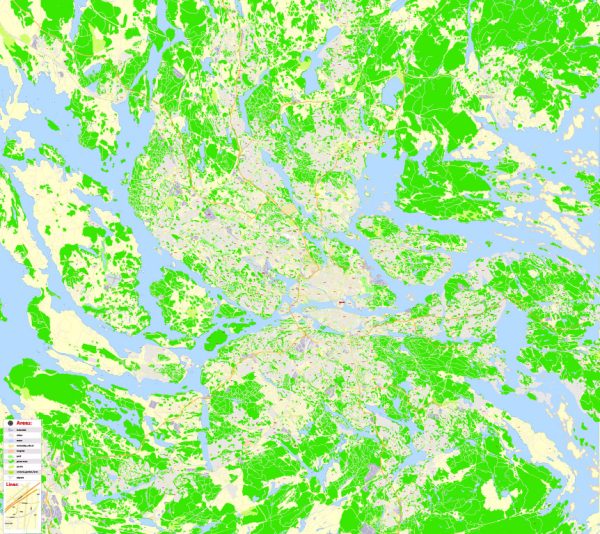 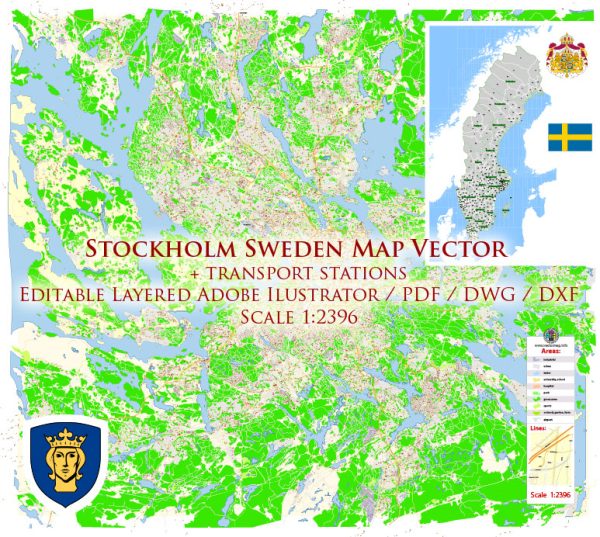 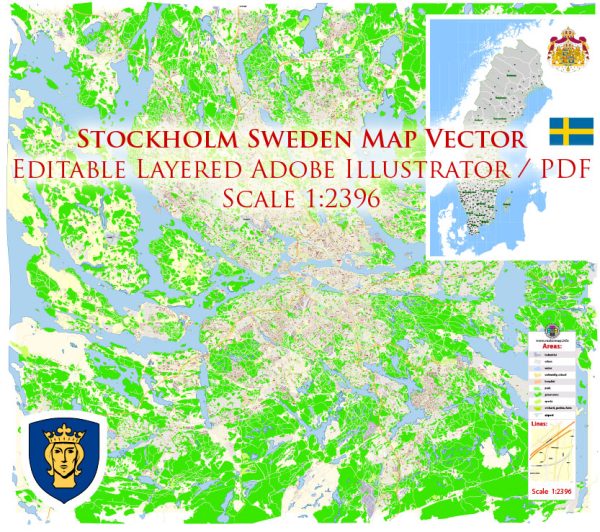 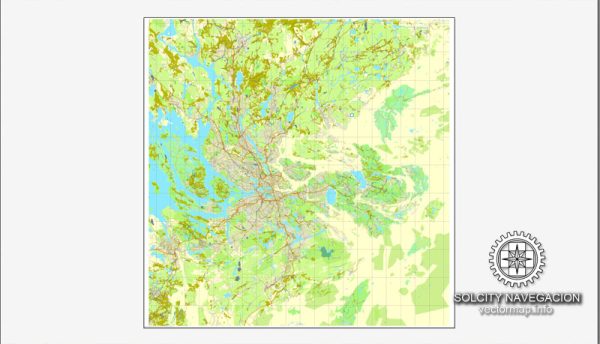 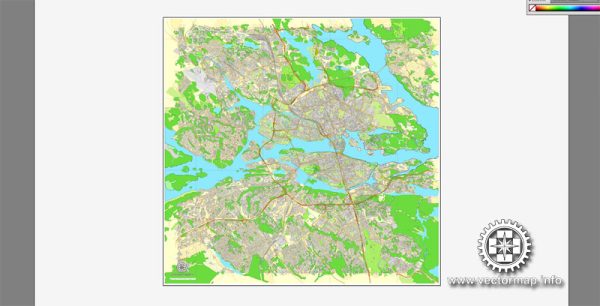