Vector Maps of the Rhode Island : officially The State of Rhode Island, constituent state of the United States of America. It was one of the original 13 states and is one of the six New England states. Rhode Island is bounded to the north and east by Massachusetts, to the south by Rhode Island Sound and Block Island Sound of the Atlantic Ocean, and to the west by Connecticut. It is the smallest state in the union—only about 48 miles (77 km) long and 37 miles (60 km) wide—but is, however, one of the most densely populated states. The extreme compactness of area, proportionally large population, and economic activity have tied it closely to its neighboring states. In addition, Rhode Island’s intimate connection to the sea — including more than 400 miles (640 km) of coastline—is the basis of its nickname, the Ocean State. The capital is Providence.
Area:
• Total: 1,214 sq mi (3,144 km2)
• Land: 1,055 sq mi (2,707 km2)
• Water: 169 sq mi (438 km2) 13.9%
Download royalty free, editable vector maps of Rhode Island State in high resolution digital PDF and Adobe Illustrator format. 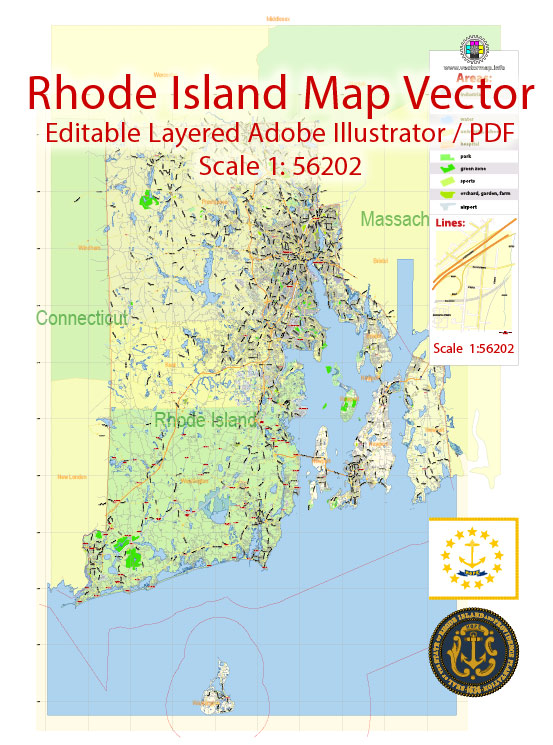