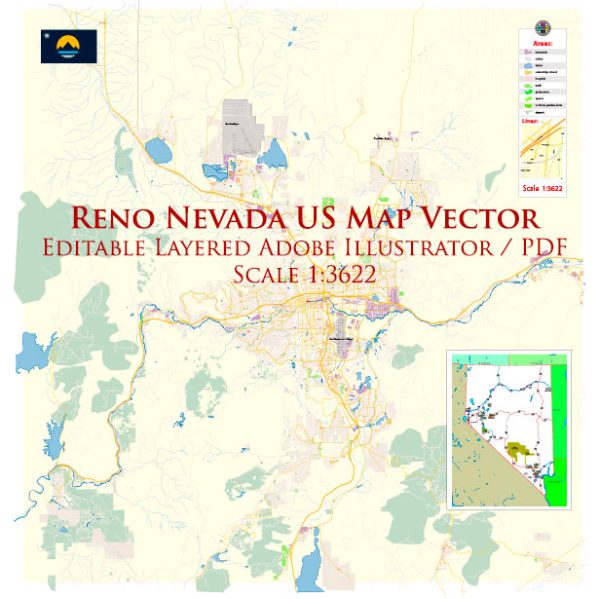 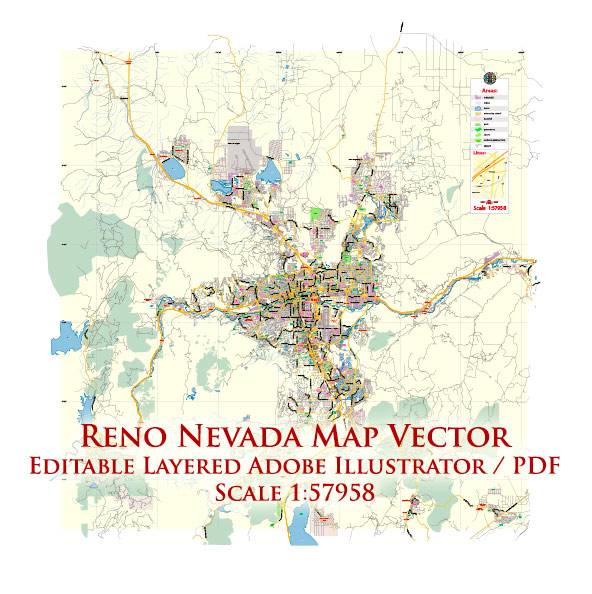 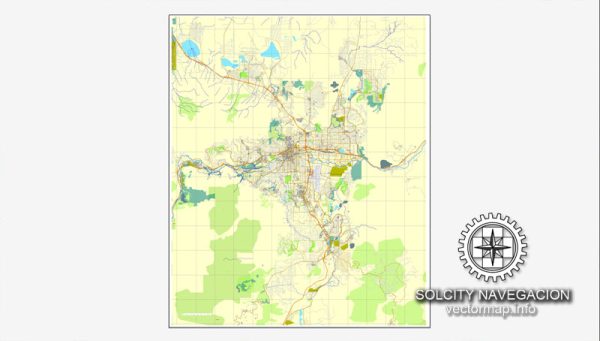 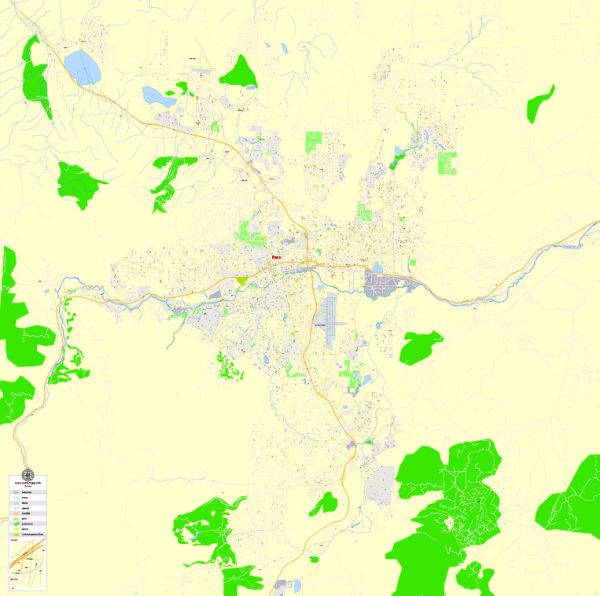 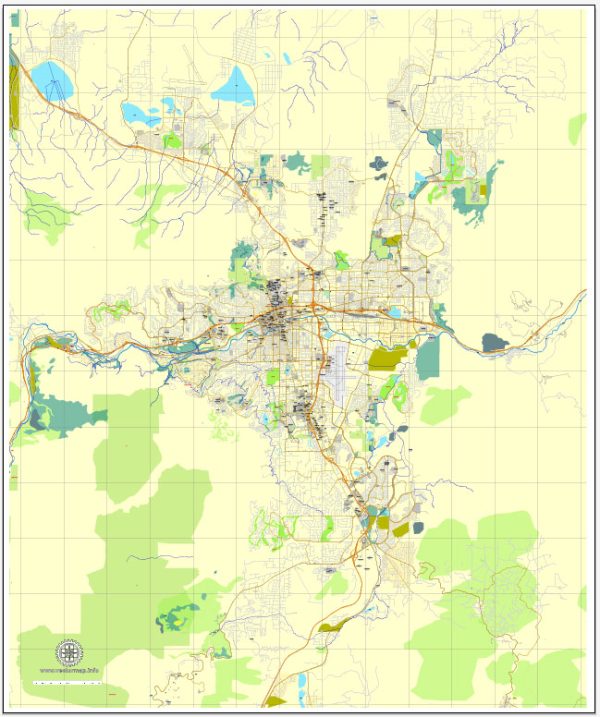 Vector Maps of the Reno : city, seat (1871) of Washoe county, western Nevada, U.S. Although it is one of Nevada’s largest cities, its traditional nickname is “The Biggest Little City in the World.” The city lies on the Truckee River, near the California border and the Sierra Nevada foothills, amid magnificent and varied scenery. Adjacent to Reno is the city of Sparks. Reno’s first settler was C.W. Fuller, who built a toll bridge of logs across the river about 1860. The site was acquired by M.C. Lake in 1863 and was called Lake’s Crossing. When the Central Pacific Railroad reached the site in 1868, a land auction was held, and homes were built almost overnight. The town was renamed for Gen. Jesse Lee Reno of Virginia, a Union officer who was killed at the Battle of South Mountain, Maryland, in the American Civil War.
Elevation: 1,373 m
Area:
• City: 111.58 sq mi (288.98 km2)
• Land: 108.74 sq mi (281.65 km2)
• Water: 2.83 sq mi (7.34 km2)

All of our editable Reno Nevada vector maps are digital files,
which can be instantly downloaded in editable PDF or Adobe Illustrator format.
Objects on maps are usually divided into layers according to their types – lines, polygons, street names, object names (see map description!!!!)
Each of our Reno Nevada digital maps is available in Adobe Illustrator or editable PDF format, (or on request in any other known format for the same price)
which use a vector approach to display images,
you can easily enlarge any part of our maps without compromising text, line or graphic quality,
with any increase or decrease ratio.
Using a vector graphics editor such as Adobe Illustrator, CorelDraw, Inkscape, or Freehand
you can easily crop parts of the map, add custom characters, and change colors and font attributes as needed.
We have a variety of Reno Nevada vector maps with different levels of detail, from simple empty paths to highly detailed maps with roads and terrain layers.

Don’t see exactly what you’re looking for? Contact us to receive a special offer for an individual Reno Nevada map for your project.