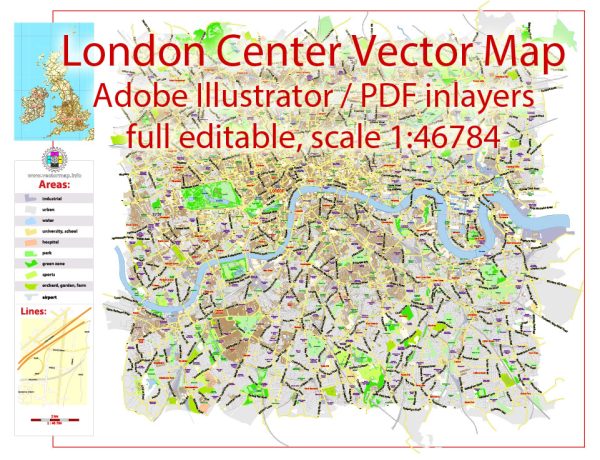 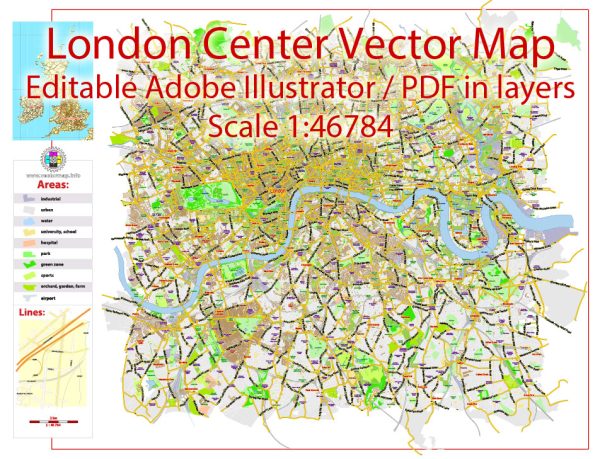 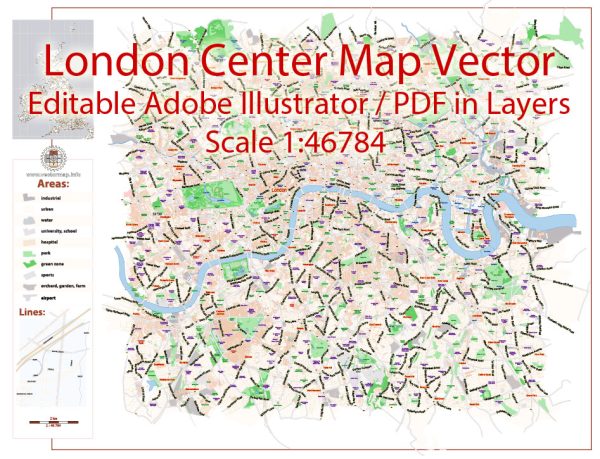 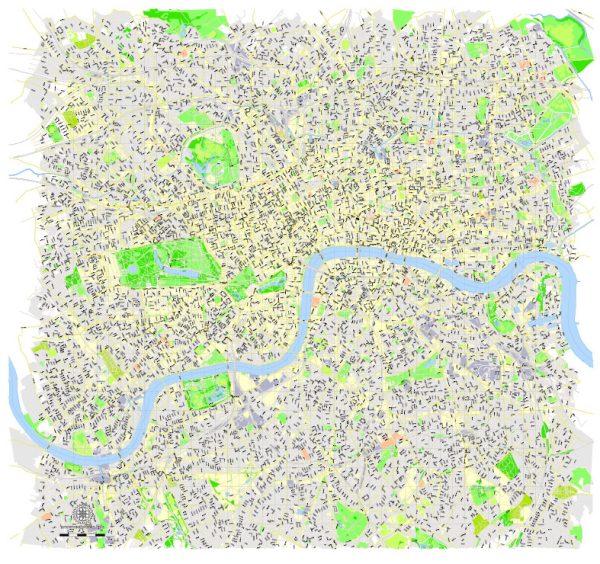 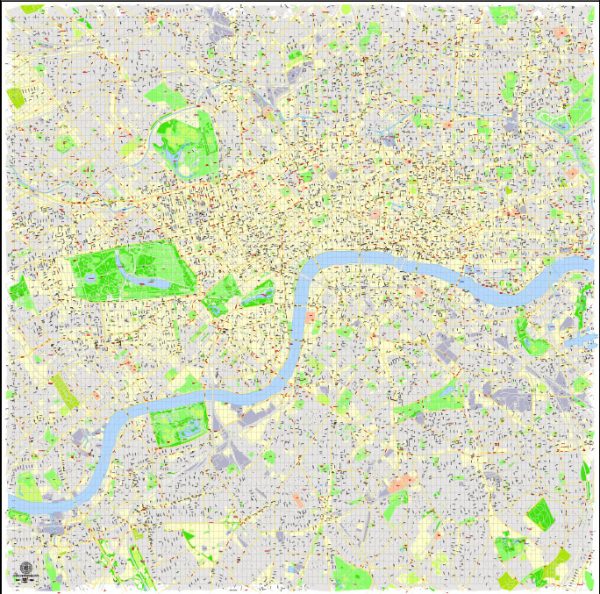 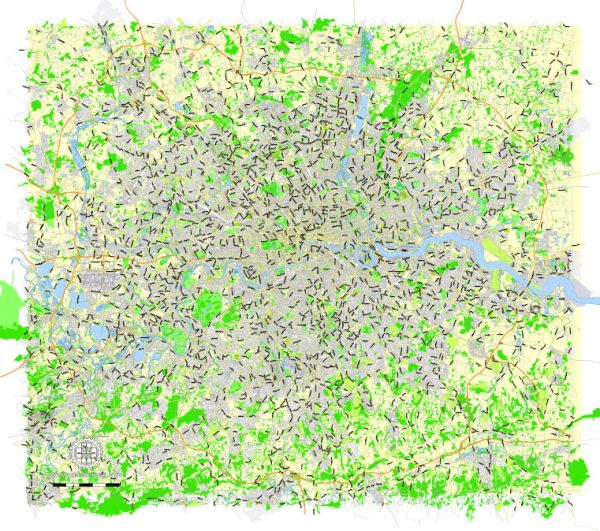 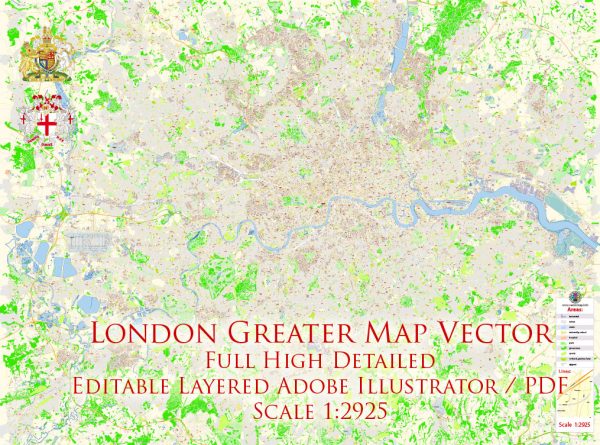 Vector Maps of the London : city, capital of the United Kingdom. It is among the oldest of the world’s great cities — its history spanning nearly two millennia — and one of the most cosmopolitan. By far Britain’s largest metropolis, it is also the country’s economic, transportation, and cultural center.
London is situated in southeastern England, lying astride the River Thames some 50 miles (80 km) upstream from its estuary on the North Sea. In satellite photographs the metropolis can be seen to sit compactly in a Green Belt of open land, with its principal ring highway (the M25 motorway) threaded around it at a radius of about 20 miles (30 km) from the city center. The growth of the built-up area was halted by strict town planning controls in the mid-1950s. Its physical limits more or less correspond to the administrative and statistical boundaries separating the metropolitan county of Greater London from the “home counties” of Kent, Surrey, and Berkshire (in clockwise order) to the south of the river and Buckinghamshire, Hertfordshire, and Essex to the north.
Area:
• Total: 1,572 km2 (607 sq mi)
• Urban: 1,737.9 km2 (671.0 sq mi)
• Metro: 8,382 km2 (3,236 sq mi)
• City of London: 2.90 km2 (1.12 sq mi)
• Greater London: 1,569 km2 (606 sq mi)

All of our editable London United Kingdom vector maps are digital files,
which can be instantly downloaded in editable PDF or Adobe Illustrator format.
Objects on maps are usually divided into layers according to their types – lines, polygons, street names, object names (see map description!!!!)
Each of our London United Kingdom digital maps is available in Adobe Illustrator or editable PDF format, (or on request in any other known format for the same price)
which use a vector approach to display images,
you can easily enlarge any part of our maps without compromising text, line or graphic quality,
with any increase or decrease ratio.
Using a vector graphics editor such as Adobe Illustrator, CorelDraw, Inkscape, or Freehand
you can easily crop parts of the map, add custom characters, and change colors and font attributes as needed.
We have a variety of London United Kingdom vector maps with different levels of detail, from simple empty paths to highly detailed maps with roads and terrain layers.

Don’t see exactly what you’re looking for? Contact us to receive a special offer for an individual London United Kingdom map for your project.