Vector Maps of the Birkenhead : town in the Metropolitan Borough of Wirral, Merseyside, England; historically, until 1974, in Cheshire. It is on the Wirral Peninsula, along the south bank of the River Mersey, opposite the city of Liverpool.
Area: 25.18 km²
Vector Maps of the Liverpool : maritime city in northwest England, where the River Mersey meets the Irish Sea. A key trade and migration port from the 18th to the early 20th centuries, it’s also, famously, the hometown of The Beatles. Ferries cruise the waterfront, where the iconic mercantile buildings known as the “Three Graces” – Royal Liver Building, Cunard Building and Port of Liverpool Building – stand on the Pier Head.
Area: 111.8 km²
Download royalty free, editable vector maps of Birkenhead and Liverpool United Kingdom in high resolution digital PDF and Adobe Illustrator format. 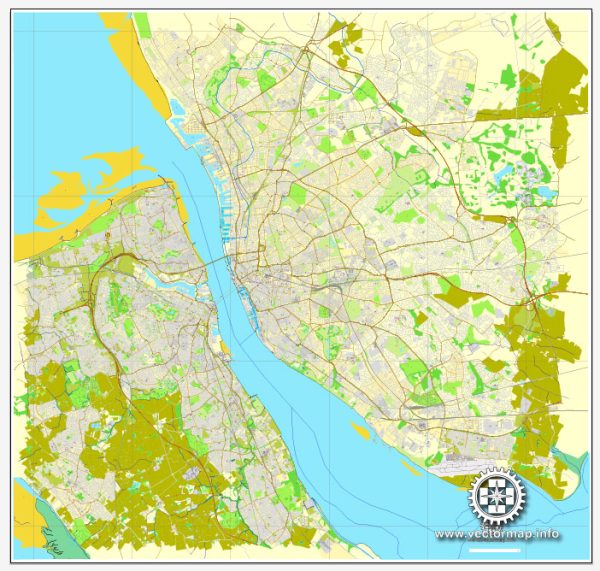 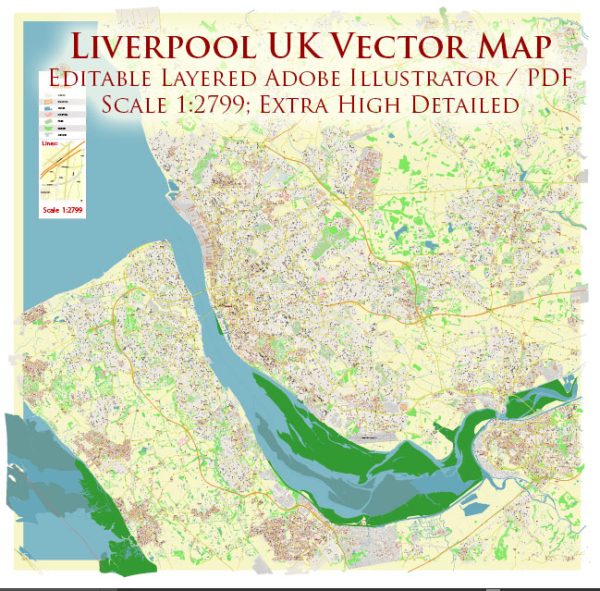 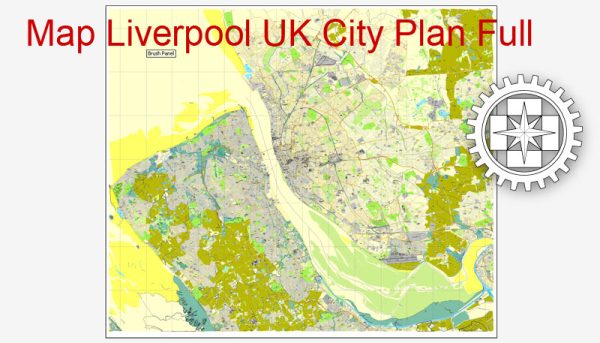